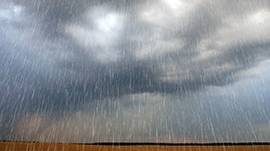 Spring rainfall in Victoria was around 24 per cent above average

SPRING 2021 was wetter than average across most of the state.

Gippsland was much wetter than average with parts of Central Gippsland wettest on record. In contrast, parts of western Victoria had near average rainfall, tending to below average in the far south-west.

November has been an exceptional month for rainfall across south-eastern Australia. New South Wales, South Australia, and the Murray-Darling Basin have all had their wettest November on record. For Victoria, November rainfall has been around 50pc above average for the state overall, making it our wettest November since 2011.

The highest daily rainfall total recorded in Victoria this spring was 123.2 mm at Lorne (Mount Cowley) on September 30 when a complex low pressure system and an associated low pressure trough that extended well into the tropics resulted in widespread rainfall across the state.

With 774.2 mm, Mount Baw Baw was the wettest place in Victoria this season.

Daytime temperatures this spring were close to average across the state, except for the north-east where they were cooler than usual. State-wide, the average maximum temperature was the coolest it's been in spring since 2016.

The wet conditions look set to continue in the months ahead. The summer outlook shows above average rainfall is likely for the east coast including parts of Victoria.

Several climate drivers are tipping the odds in favour of above average rainfall. La Nina is established in the tropical Pacific and is expected to last at least until the end of January 2022.

La Nina events increase the chances of above-average rainfall for northern and eastern Australia during summer.

The Southern Annular Mode (SAM) is positive and expected to generally remain positive until the end of the year and bring above average rainfall.