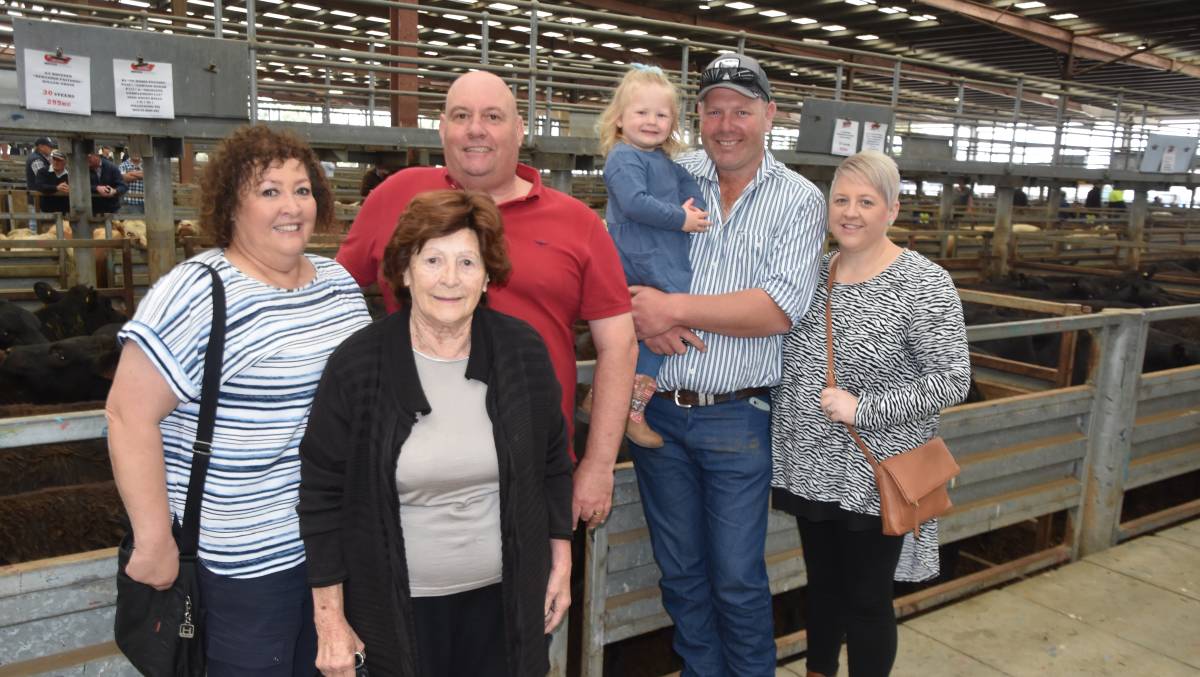 Several feature lines of of mixed-sex vendor-bred cattle headlined Pakenham's fortnightly store sale on Thursday, as the agriculture industry dug deep into their pockets to help a quadriplegic boy.

Agents yarded about 4000 cattle in a mega market at the Victorian Livestock Exchange where farmers, buyers and agents came together to support 16-year-old Harvey McKeever.

Harvey was injured earlier this year when he fell off his motorbike at his family's Wilowmavin property, causing him to break his fourth cervical vertebra which has left him paralysed.

Related reading: Harvey dreams to walk again, and the ag industry is getting behind him

The Helping Harvey Fundraiser, led by Pakenham agencies Alex Scott & Staff and Elders, auctioned off nine cattle, which were bought by restockers, processors and agents.

Harvey's mum, Renae McKeever, said the family was overwhelmed by the support of the industry and thanked those who donated cattle for the fundraiser, along with those who bought the steers at auction.

A breakdown of the funds raised will be published in Thursday's Stock & Land, however, on Thursday afternoon event organisers said several thousand dollars had already been donated towards the family.

Among the feature drafts at the store sale was the first consignment of 250 Bergamin Pastoral Company mixed-sex Angus, Hereford and Black Baldy calves from the Bergamin's Willow Grove property.

"All your cattle that fell into the feedlot specifications were fully firm, but what was dearer and that's because there was a lack of the lighter weight cattle 230-300 cattle which sold exceptionally well," he said.

"I think people are buying to a price rather than worrying about a calculator."

Several feedlotters were active throughout the sale, chasing cattle weighing 400-500kg, while restockers were also out in force on the lighter pens.

"In the calf pens, we sold unweighed cattle that were under 200kg and made up to $1950 and that would have worked out to be more than 830c/kg," Mr Setches said.

"It was very strong again and quite consistent compared to recent sales, apart from light-weight Angus heifers which might have been a bit dearer," Mr Robertson said.

"We found in our sale we had some really nice heifers which made upwards of 650c/kg for heifers 310-330kg.

"I found the dearest cattle of the day were those 330kg steers and you really need anywhere from 715-730c/kg to buy those sorts of cattle."

He said large store numbers could dwindle in the coming weeks as the festive season approached, but noted graziers were still keen to sell their cattle on the back of buoyant livestock prices.

"It doesn't really make sense when there's so much feed in the paddock, but the prices drag them out," he said.

"It was still a very strong result but I think it was a touch easier compared to recent sales we've seen," he said.

"The scale of numbers is partially due to that because the fat market is getting a bit touch and go."