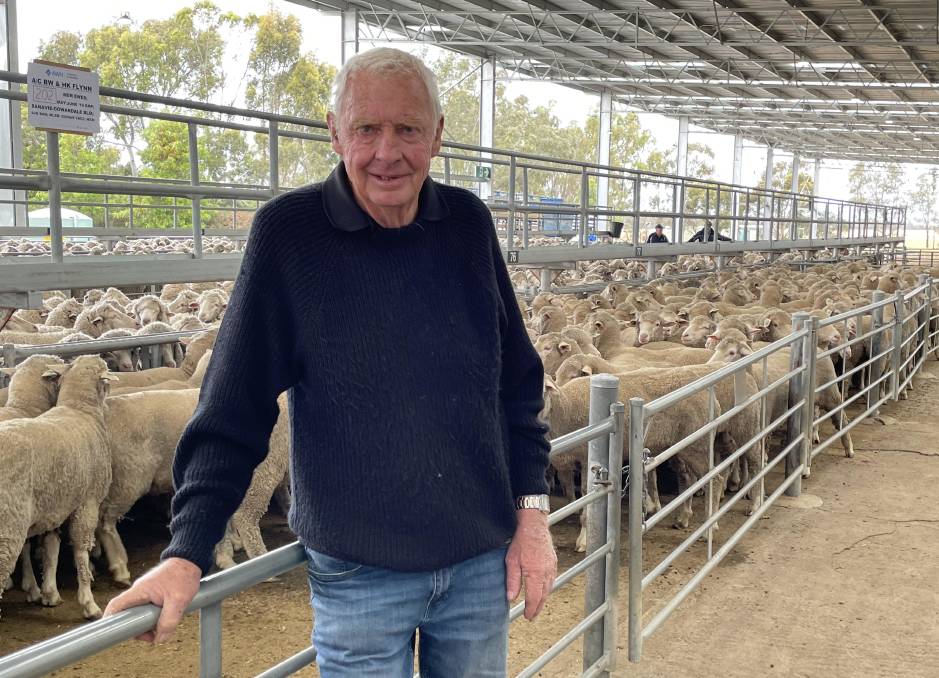 Horsham's November store sale was on last week for the first time since 2018, with a strong sale across a predominately Merino yarding.

Horsham welcomed its November store sale back for the first time since 2018 with solid results across a yarding of 9603 head.

The AWN run sale included two large lines of Merino ewes, with a top price of $316 achieved for a line of 1.5 year old ewes.

The top Merino ewe lambs made $232, Merino wether lambs topped at $160 and the best of the cross-bred sucker lambs made $180.

AWN Horsham agent Wayne Driscoll said after a combination of COVID-19 and a lack of suitable sheep had the sale in hiatus it was good to get back.

"We feel the sale went really well, there were some strong results for the vendors and some good opportunities for the buyers," Mr Driscoll said.

He said the Heard family, Noradjuha, and the Flynn family, Douglas both offered large numbers as part of flock dispersals / reductions. 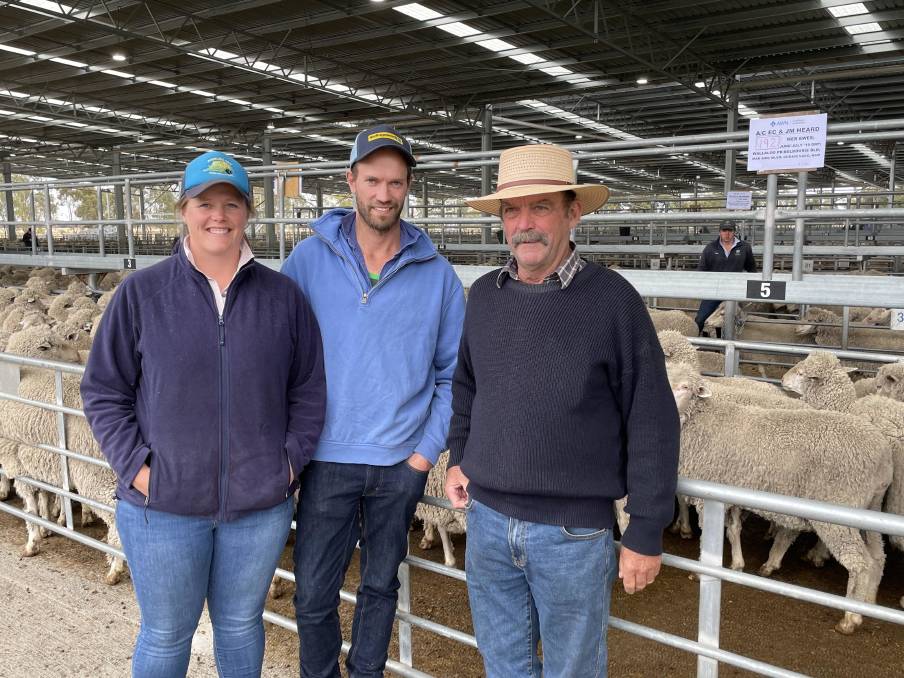 INTEREST: Jose, Will and John Staude, Pigeon Ponds, south of Harrow, were buyers at Friday's Horsham sale, taking home this pen of 192 2.5yo Merino ewes for $290.

The Heards sold 1586 Merino ewes across all age categories while the Flynns sold 940 Merino ewes and 537 Merino lambs.

"The big lines of dispersal sheep gave buyers a chance to get some really good breeding stock and some good genetics," Mr Driscoll said.

He said the sale was marked by strong demand for Merino lambs of both sexes. 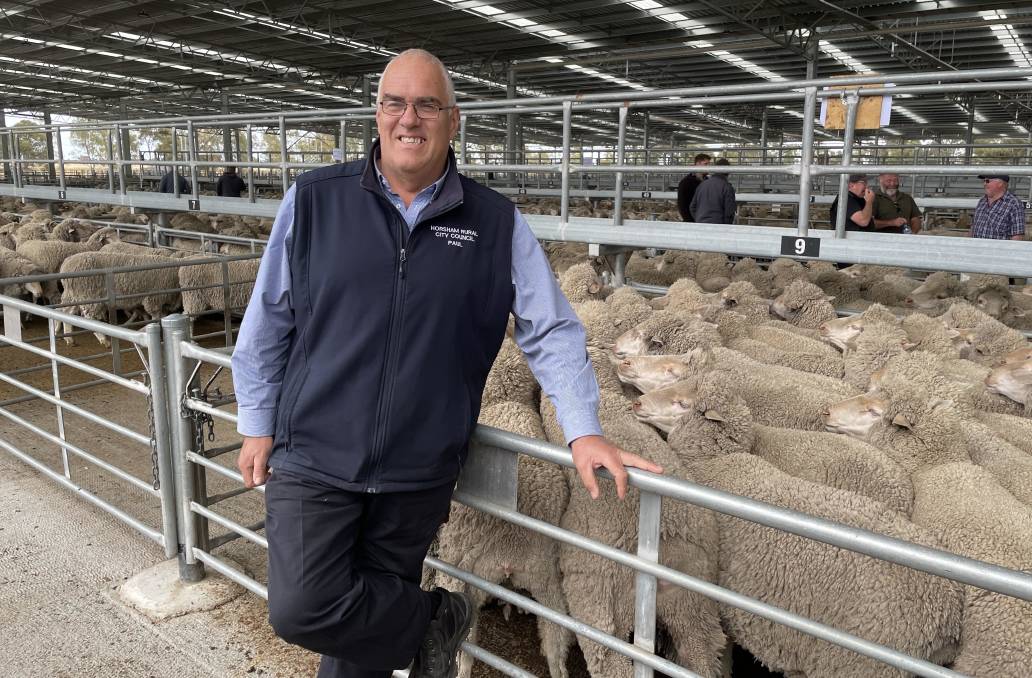 DEMAND: Horsham Regional Livestock Exchange manager Paul Christopher says it was great to welcome store sale crowds back to the facility after a tough couple of years dealing with strict COVID-19 protocols.

"We were really happy with the way the lambs sold, there has been a late flush of grass with the cool and moist finish to the season so people are taking the opportunity to buy more sheep," he said.

Mr Driscoll said demand was largely confined to the Wimmera and northern parts of the Western District such as Harrow and Balmoral.

"We sold to all parts of the Wimmera, reflecting the good season at present and the optimism in the sector," he said.

While there were good returns for the vendors, Mr Driscoll said seasonal conditions meant there was also good buying. 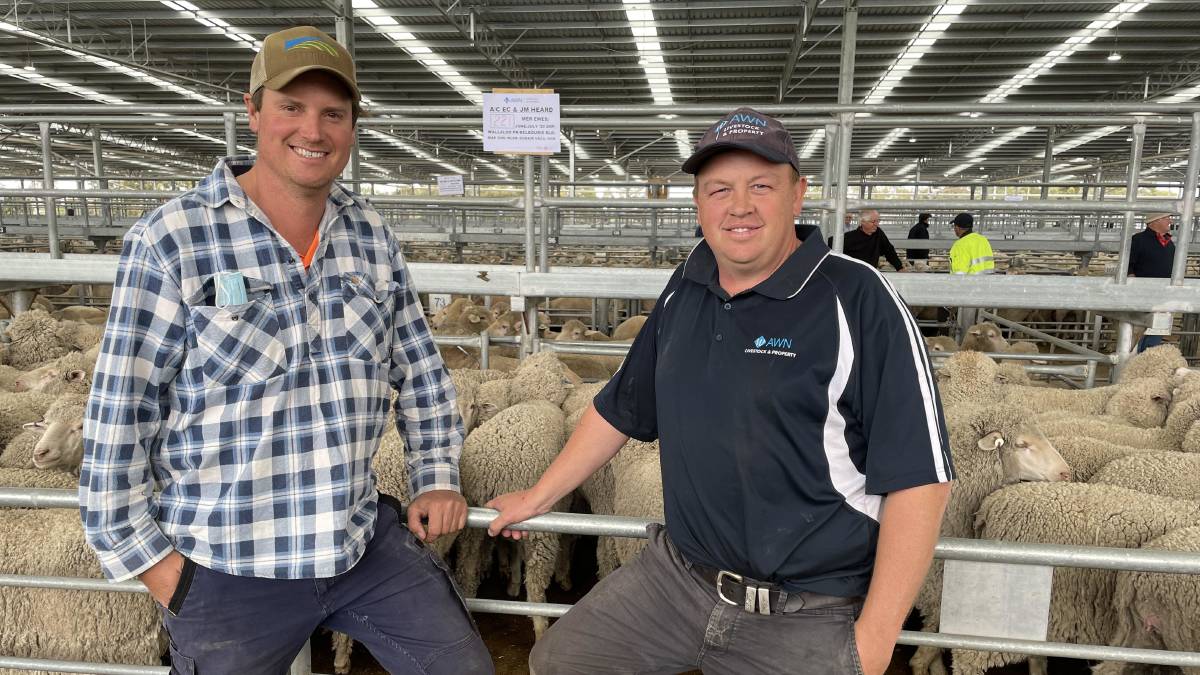 "The late start to the season, the lack of early season feed and then the cool spring has meant the sheep, especially the lambs, probably haven't fully bloomed as yet so there is plenty more growth left in them once things heat up a bit."