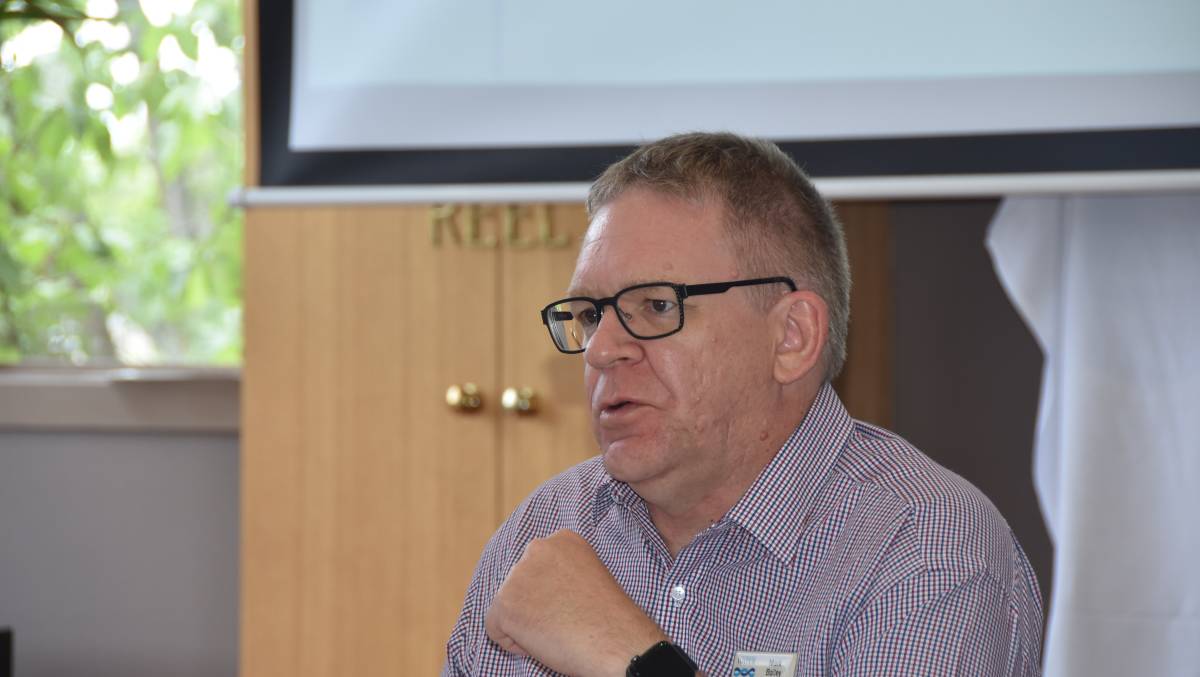 Goulburn-Murray Water has deducted 35 per cent of the current spillable account volume, to go towards next year's reserves.

The announcement was part of the latest seasonal determinations, which saw the Murray, Goulburn, Campaspe and Loddon systems remain at 100 per cent of high-reliability water shares (HRWS).

Seasonal determinations in the Broken and Bullarook systems stayed at 100 per cent HRWS and 100 per cent of low-reliability water shares (LRWS).

"Our immediate priority is to secure enough water to support the seasonal determinations to high-reliability water shares in 2022/23," Dr Bailey said.

"This action considers what is in storage now plus the statistical flows into the storages that occur 99 years in every 100 for the remainder of 2021/22 and into 2022/23.

"The Murray system needs another 410 gigalitres of water before reserves are sufficient for 2022/23 allocations to HRWS and any seasonal determination to LRWS this year can occur."

The volume needed in the Goulburn system is 530 gigalitres.

"These volumes can be reached through a combination of further inflows and tributary flows into the major river systems lowering this year's commitments," Dr Bailey said.

"About 37 gigalitres, or 35 per cent of the current spillable account volume, will be deducted and go towards the reserve."

He said further deductions should be expected in the December 2021 seasonal determination update after the Murray-Darling Basin Authority commenced releases from Lake Hume to manage it close to its full supply level.

The latest Bureau of Meteorology seasonal outlook favours above-average rainfall across the northern Victoria for December to February.

The bureau's La Nina alert remains in place, meaning the chance of a La Nina event forming is around 70 per cent.

A negative Indian Ocean Dipole and a La Nina event each increase the likelihood of above-average rainfall totals in south-east Australia.

Allocation trade from NSW to Victoria is limited to the lesser of a net annual volume of 200GL or a volume that keeps the risk of spill in the Victoria's share of both Hume and Dartmouth reservoirs below 50 per cent.

The current risk of spill in the Murray system allows 200GL of net trade from NSW to Victoria as this would increase the risk at Dartmouth to about 10 per cent.

This volume will be updated with each risk of spill announcement.

Customers can find out more about trade opportunities and a trial of improved trade adjustment methods on the Victorian Water Register website waterregister.vic.gov.au/about/news/267-trial-of-improved-trade-adjustment-methods.

An interim rule for trade from the Goulburn, Broken, Campaspe and Loddon systems to the Victorian Murray system, NSW and South Australia is in effect from July 1 2021 to June 30 2022.

The new trade rule means that until December 15, 2021, trade is allowed whenever the total amount owed from the Goulburn to the Murray, including the Lower Broken Creek, is less than 190GL.

The volume currently committed to the Murray is 190GL, meaning trade from the Goulburn, Broken, Campaspe and Loddon systems to the Victorian Murray system, NSW and South Australia is closed.

The Goulburn, Campaspe and Loddon systems can trade from the Victorian Murray system, NSW and South Australia while the total volume owed to the Murray system is greater than zero.

The Murray-Darling Basin Authority is restricting trade of water allocations from above the Barmah Choke to downstream of the choke to protect the delivery of downstream water entitlements.