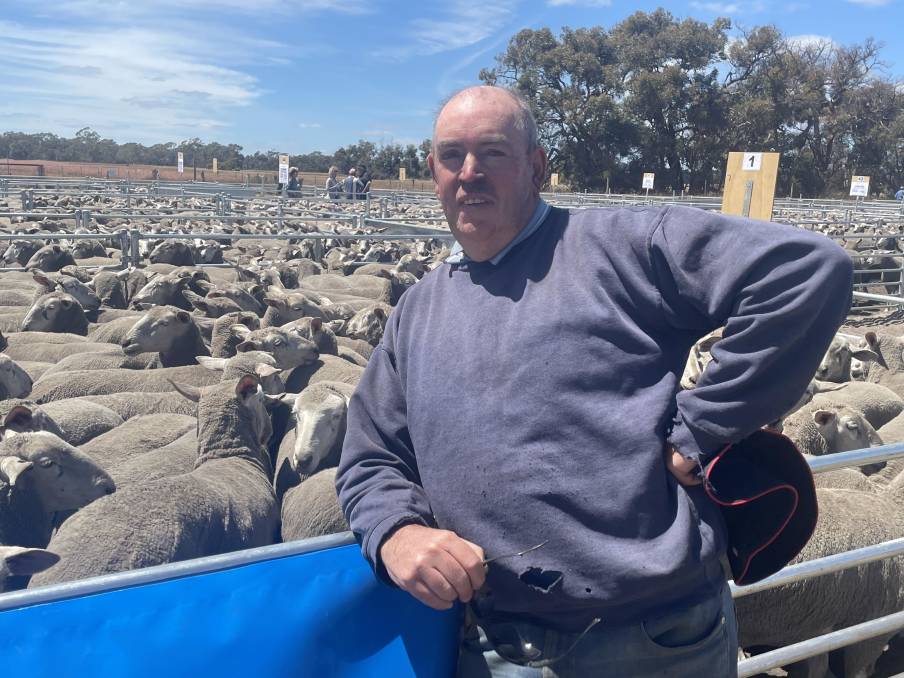 Landholder Bruce Ryan has leased land to Australian Wool Network to build the new Edenhope saleyards. He said he was pleased with how the first sale at the facility had gone.

AWN has launched a new saleyards at Edenhope with record-breaking prices for first cross ewes and ewe lambs.

THE FIRST Australian Wool Network-run Edenhope sheep sale at a new facility to the west of the town has set records in both first cross ewe and first cross ewe lamb categories.

David Hanel, AWN agent in Edenhope, said his company had built new facilities on Jennings Road, 3km west of the town, in response to a need for somewhere to hold the sale after the Nutrien-owned saleyards on Powers Creek Road were unavailable for use for Edenhope's annual two sheep sales, held in consecutive weeks in November.

Mr Hanel said feedback regarding the new yards had been positive.

"It is a pretty simple set up, just up and back, but it seemed to work really well," he said. 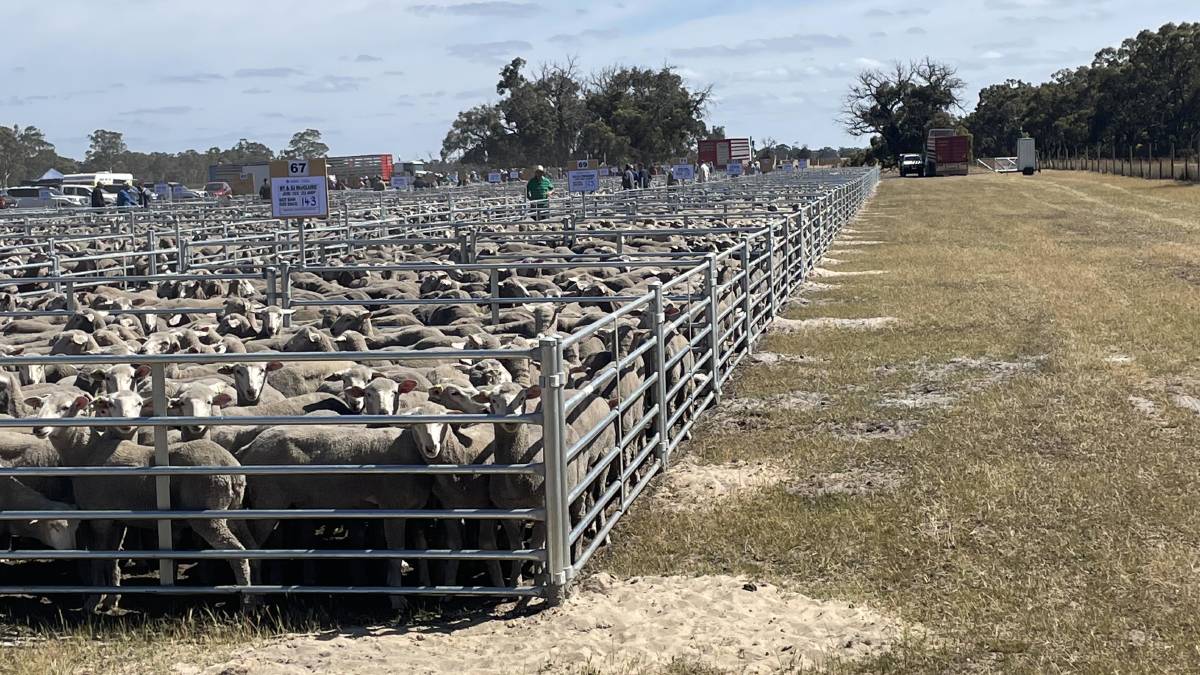 First cross ewes in the pens at the first AWN Edenhope sheep sale.

"The proof is in the pudding a bit, the prices were certainly very good, with some good value for buyers in some of the lamb component, with some of the lambs a little smaller than usual due to the late autumn break and the cold and wet winter."

Land owner Bruce Ryan said he was pleased to see the facility constructed.

"It is good to see such a strong sale locally," Mr Ryan said.

Interestingly, Mr Hanel said the new site marked the third home for the Edenhope sale in around six or seven years.

"The long-term, traditional saleyards were out on the Harrow Road until Rodwells build their yards on the Powers Creek Road, where the sales have been for the last six or seven years," Mr Hanel said.

"We've moved the sale out here and hopefully this can become the long-term home of the Edenhope first-cross sales.

This week around 6000 first cross wethers and wether lambs will go under the hammer at the saleyards.