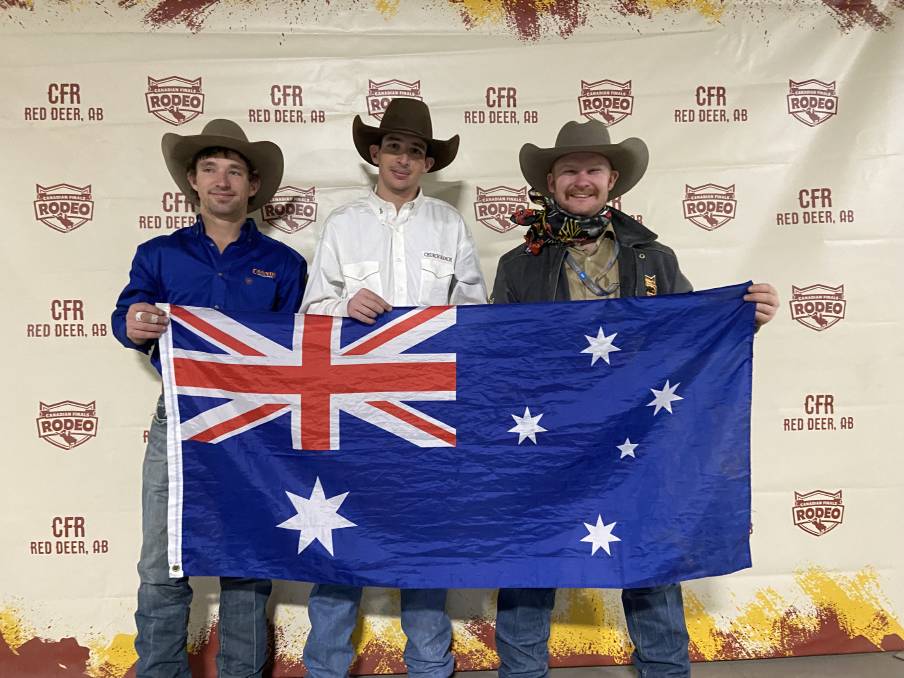 Callum and Lach Miller, and Strawbs Jones, flying the Australian flag at the Canadian Finals Rodeo in Alberta on the weekend.

They might be from Down Under, in North American parlance, but three young Aussie rough stock riders took it up to the best in Canada on the weekend.

They might be from Down Under, in North American parlance, but three young Aussie rough stock riders took it up to the best in Canada on the weekend.

Two brothers who hail from Warwick in southern Queensland, Lachlan and Callum Miller, plus Clermont's Strawbs Jones, were among 12 finalists in their events, competing in the Canadian Finals Rodeo at Red Deer, Alberta.

In the words of Lachlan, "all of us had a pretty successful dig".

In his pet event, the saddle bronc, he rode each horse in all six rounds, placing in two go-rounds to end up in third place in the aggregate behind eventual champion Zeke Thurston, who was the leader going into the finals, and Kole Ashbacher.

Younger brother Callum favours bull riding and won the first go-round as the only cowboy to score, but didn't cover a bull for the rest of the week.

"These are the best bulls in North America, and the same with the horses," Lachlan said. "Ninety per cent of the pen is NFR-qualified."

"This was our first year of having a real crack at CFR," Lachlan said. "It's cemented in my own head that I can do it, I can play with the big boys." 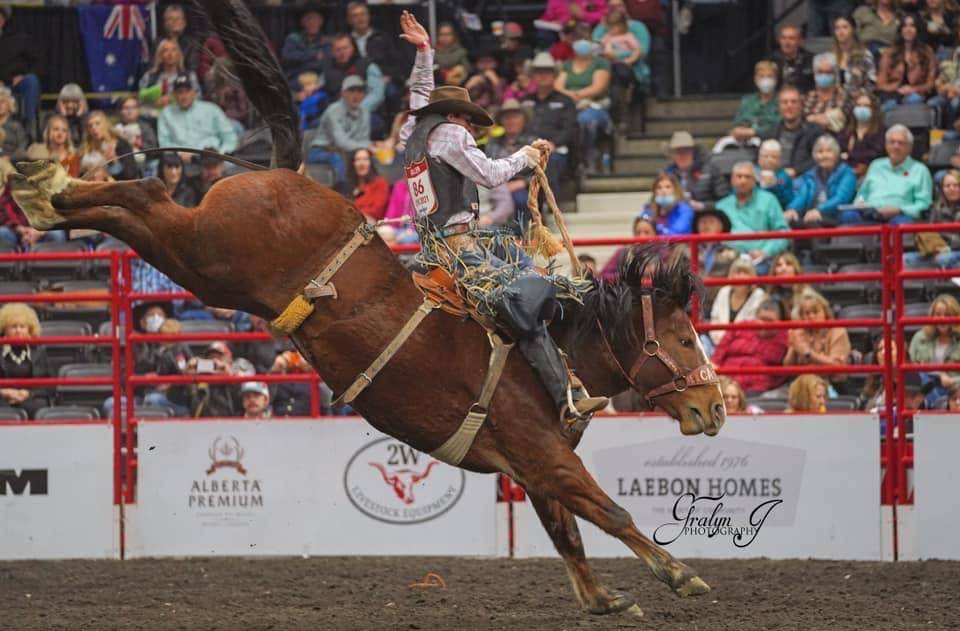 According to their mother Tracy Miller, Lachlan first went to North America three-and-a-half years ago, followed by Callum a year later, thanks to a rodeo scholarship at the Oklahoma Panhandle State University.

"We were lucky to go over and see them for Christmas 2019, just before everything went pear-shaped," she said.

"Both of them have been involved in rodeo since they were very young - they both had a passion for it.

"They expressed a desire to chase it overseas, where it's a lot bigger industry - it's one of the top sports in both the US and Canada.

"We're just happy to support them, and they're doing Australia proud."

Lachlan said they'd had heaps of support from home, with text messages coming in from mates throughout the Canadian finals.

"I do like it here - I've got a good job on a ranch north of Calgary with cattle, then on the weekend I get to do bronc riding, so that's my two great passions together," he said.

"Everybody knows us Aussies.

"Canadians are like us, they're easy to get along with.

"They say they need sub-titles when we get on the drink though."

Lachlan works with a herd consisting of a mix of purebred Herefords and commercial Herefords crossed with red Angus, while Callum works on an Angus stud north of Calgary.

While they only had 30 rodeos this season, they're looking forward to a full season of double that number next year as things hopefully get back to normal.

One of those watching the finals action with excitement were Amanda and Mark Salisbury and family of Bimbadeen Brangus at Monto, who employed both Lachlan and Callum when they were younger.

"We never looked back - Lachie stayed for a year before heading to uni, and he came back each branding and weaning season on his holidays to help out.

"They were both a delight to have around, hard workers and terrific with cattle and horses.

"We knew one thing for sure: life was definitely less colourful here when they left!" 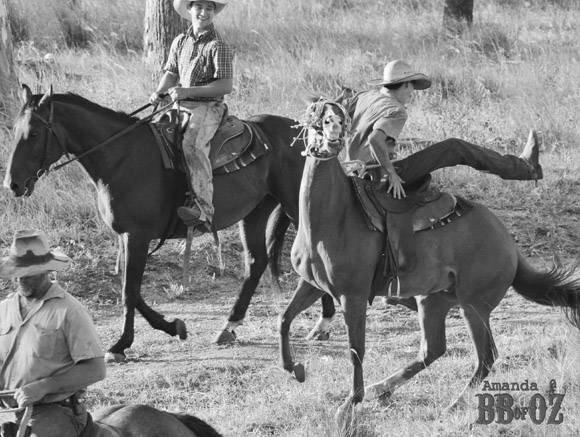 One of the Miller brothers having some horseback fun mid-muster at Bimbadeen. Photo - Amanda Salisbury.

ALSO IN THE NEWS: