Irrigators finally get their share of Connections water savings. 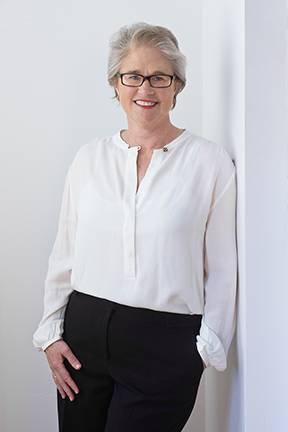 WATER RETURN: Goulburn-Murray Water managing director Charmaine Quick said the return of the water is an important investment in the future productivity of the Goulburn-Murray Irrigation District.

Following the completion of the Connections Project in October last year, the irrigators share of the savings is being distributed to delivery share holders across the Goulburn-Murray Irrigation District as part of the Irrigators Share Distribution.

"Water recovered became available to irrigators who use and pay for the upkeep of the infrastructure as a mix of high and low reliability shares, equating to 77GL of long-term annual average yield," she said.

The return of the irrigators share was first announced 12 months ago.

The exact volume distributed issued per 1ML/day of delivery share for the Goulburn and Murray systems can be found on GMW's website at www.g-mwater.com.au.

"This means more water for irrigators to use for their farming operations across northern Victoria," Ms Quick said.

"It is an important investment in the future productivity of the Goulburn-Murray Irrigation District, providing confidence to farming families and businesses when planning for the season as well as the agricultural sector and attracting investment into the region.

"An enormous amount of work has been undertaken to deliver this project, including confirming the details of more than 13,000 customers, and I would like to acknowledge the efforts of everyone involved."

Almost 7000 irrigators who held more than 0.25ML/day of delivery share on October 1, 2021 this month received high and low reliability water shares and seasonal allocation, which can be used during the irrigation season.

More than 6000 customers with less than 0.25ML/day of delivery share will receive a credit on their water bill in July 2022.

The combined water shares for these customers will be sold on the open market over the next few months, with the revenue shared among these customers.