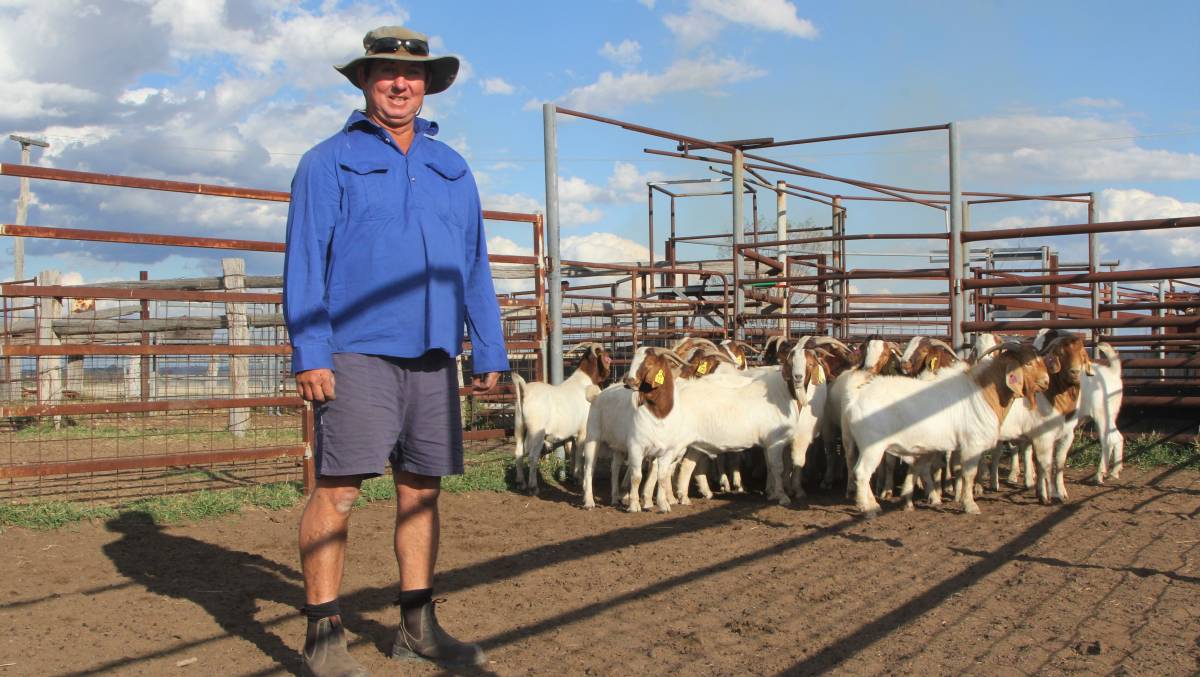 Mike Stanford and some of the stud Boer bucks he will have for sale in Roma in November. Photos: Sally Gall

In a first for the Roma Saleyards stud stock arena, a Bymount Boer goat stud will be holding its inaugural sale in centre ring in November.

In a first for the Roma Saleyards stud stock arena, a Bymount Boer goat stud will be holding its inaugural sale in centre ring in November.

Bymount's 'accidental goat farmer', Mike Stanford has come a long way since mustering goats for off-property revenue in drought times, then restocking his 2020ha property with goats for the meatworks and live trade when seasons returned.

He and his wife Janelle decided to 'get serious' in 2018, focusing on a purebred full-blood line with the intention of registering the Hendon Park Boer goat stud as well as improving their commercial line.

After introducing Boer genetics they enlisted the help of assessor Marz Andrew and undertook further culling, along with bringing in other genetic lines, and have now decided to step into the face-to-face auction space.

TopX's Sarah Packer said they'd been selling goats in the paddock for a number of years, as well as on AuctionsPlus.

"Now that everyone's familiar with the online selling platform, we decided the opportunity was there to go to the next level," she said. "The Stanfords are running an exceptional herd, properly paddock reared and all classed."

She is researching to determine whether the Hendon Park Boer goat sale on November 12, with 101 bucks listed, will be the largest single vendor goat sale in the country.

As far as holding the sale in the sanctum normally reserved for stud bulls, Mr Stanford said it was impractical to hold it on-property given they were over 90km from Roma.

"I thought, why not utilise what we've got in town," he said. "The saleyards arena has a good viewing platform and it's pretty central to buyers from the Downs as well as those out west."

The Stanfords obtained special permission from the council to use the sale ring and have been supplementing their sale goats with grain since September to help quieten them for the day. 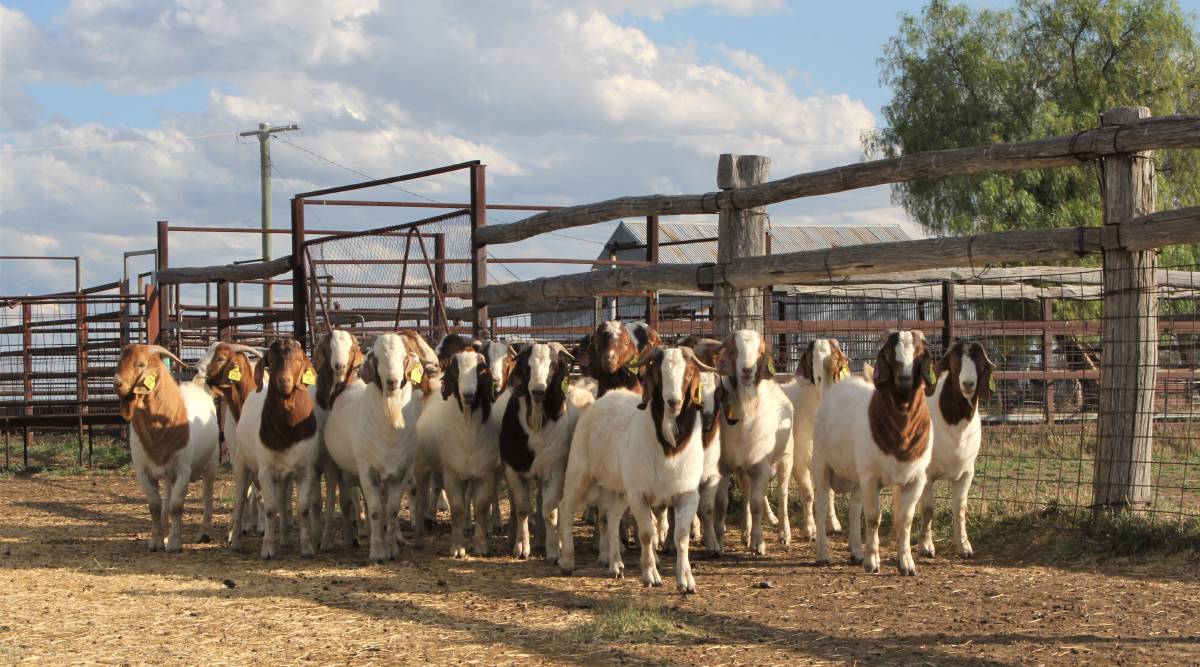 The sale Boer bucks are getting used to being in yard conditions.

"It's scheduled for November, after all the bull sales on purpose, and people don't join their billies until next year," Mr Stanford added.

Ms Packer said they weren't able to use the facilities at Bassett Park so the saleyards were the next best option.

"As much as we're using the yards, it will be set up for goats, with portable panels and a loading ramp," she said.

The sale includes 88 registered bucks and Mr Stanford was confident of a good result.

"The way the goat industry is going, I don't think it will fall over," he said.

The sale is scheduled to start at 10.30am and will be simulcast with AuctionsPlus.

Want daily news highlights delivered to your inbox? Sign up to the Queensland Country Life newsletter below.