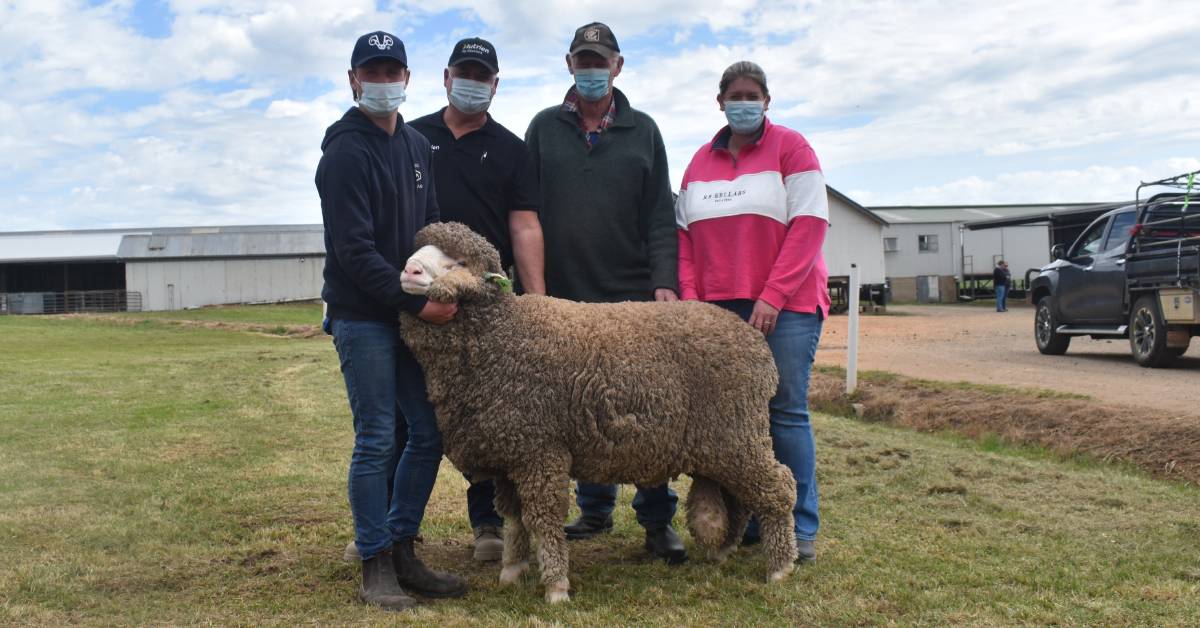 THE TOP-PRICED ram at Wurrook Merino and Poll Merino stud's on-property sale was a polled ram that sold for $9000, while the top horned ram made $8500.

The Rokewood-based stud offered a slightly increased number of rams with 113 of 116 selling under the hammer at an average of $3133, an increase of nearly $300 on the 2020 sale.

The buyer of both top rams was regular client, the Campbell family, Barwonleigh Agriculture, Inverleigh.

Catherine Campbell said the family had been buying Wurrook bloodlines for five or six generations.

Ms Campbell said the key criteria for this year's purchases were conformation and bloodlines that had worked well in their flock.

She said the rams had good figures but also needed to have the conformation to breed good progeny.

The top-priced ram was a two-year-old sired by Wurrook DJ from the stud's Poll Monarch family, and had measurements of 19.6 micron, standard deviation (SD) of 3.2 micron, comfort factor (CF) of 99.6 per cent, and a greasy fleece weight (GFW) of 131.8pc.

Wurrook stud principal Paul Walton was happy with the sale's result, selling a few more rams than the previous year and at an increased average.

Mr Walton said it was nice to get a better average, but "we don't want to price the people that have been coming here for 20 years out of it".

"We were really happy with the way the rams came up after a couple of good seasons and a really good autumn," he said.

"We've still got people that want horned rams, but it is moving towards more polls.