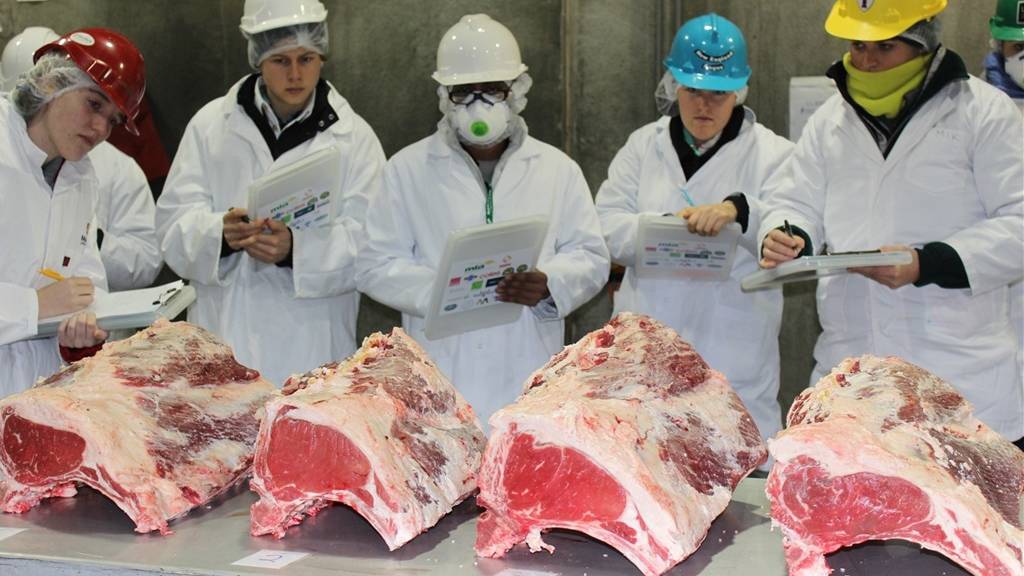 ICMJ national conference this year has been cancelled in all forms

Australia's Intercollegiate Meat Judging Association has made the difficult decision to cancel this year's national conference and competition due to the disruptions caused by COVID-19 regulations.

The flagship Wagga Wagga event was initially scheduled for July but was postponed due to the COVID outbreak in NSW.

The ICMJ national committee spent recent months looking at alternative options for holding the event later in the year, but the continuing border closures has made a face-to-face national event impossible.

A hybrid virtual event was also considered, however surveys conducted last week showed this was not a feasible option due to timing conflicts with other activities and obligations, including seasonal harvest work.

"The committee's focus has now turned towards making next year's ICMJ National Conference and Careers Expo bigger and better than ever," president Peter McGilchrist said.

Dr McGilchrist said final year students who missed out on attending the annual conference in 2020 and 2021 would be allowed to attend and compete in 2022, at either the Northern ICMJ event in Rockhampton in April or the National ICMJ Conference in Wagga Wagga in July, even if they have already graduated university.

In the meantime, the ICMJ will continue on with its mission of inspiring and developing professionals in the red meat sector by hosting its second annual Power Hour mentoring webinar next month for young industry leaders.

"In what has been a difficult period for so many, the ICMJ is proud to have been able to deliver several major events in 2021 including the Northern ICMJ Conference held in Rockhampton in April, an ICMJ Alumni event at Beef 2021 and the ICMJ Virtual Careers Fair in July," he said.

"The careers expo involved representatives from more than 40 industry companies and Australia's best agriculture, veterinary and agribusiness graduates from across 12 Australian tertiary institutions."

Now in its 31st year of existence, the Australian ICMJ has a long and successful reputation of attracting graduates to careers in the red meat industry.

The story ICMJ looks to bigger and better 2022 first appeared on Farm Online.