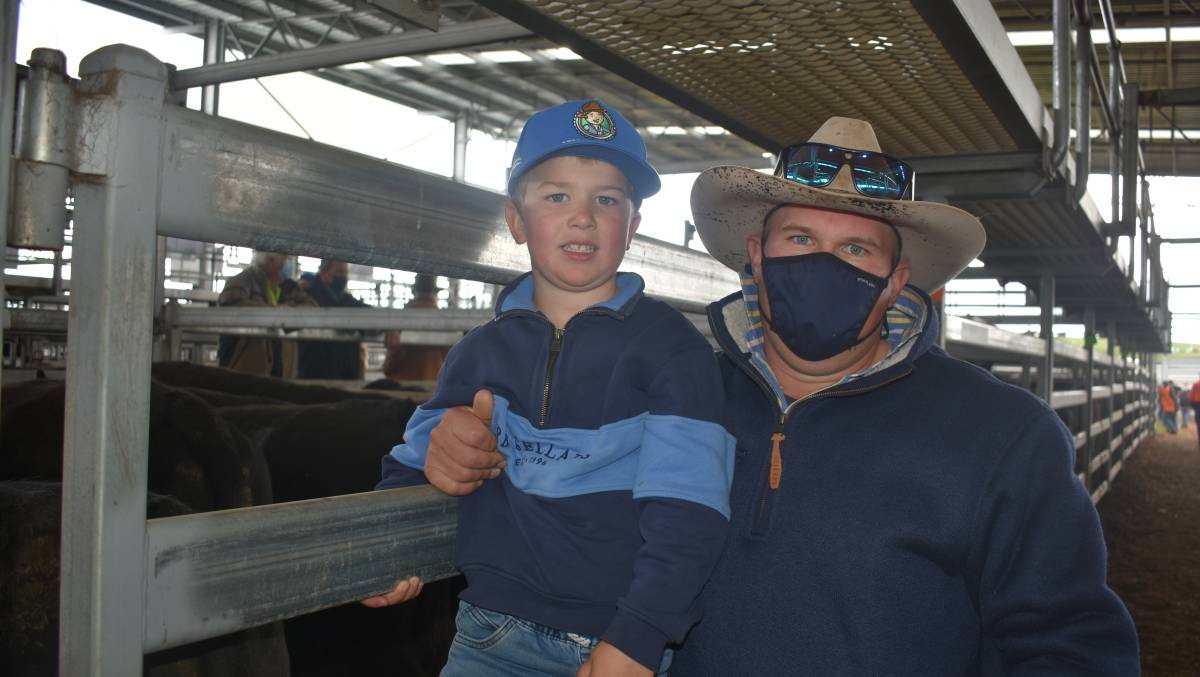 Heifers sought at Ballarat and Mortlake.

Buyers sought out light heifers were sought at Mortlake and Ballarat store sales as supplies of younger steers started to dry up.

Ballarat saw a doubling of the number of stock agents initially expected, with one pen of very light steers making more than 900 cents a kilogram.

HF Richardson Ballarat livestock manager Bernie Nevins said the market continued to go from strength to strength on an outstanding run of cattle, which was a credit to the vendors.

"This time last year we thought the market was a good rate, no-one expected it to last, so it's a pleasant surprise that it has got dearer," Mr Nevins said.

While there were not many lighter steers, compared with other sales, one line of heifers sold 'unbelievably,' he said.

There were not many heavy steers offered, but they sold accordingly.

"We haven't had Gippsland competition here, but there were some heavy hitters here from the feedlots.

"If Gippsland happens to step into the market, it could be interesting."

Similar to other sales around the state, there were fewer light steers offered.

"We are blessed with a very good spring around here, so you would expect that anyone who has got those lighter calves should be able to make them into heaver steers as the spring progresses and carry them on to feature sales in February.

"If you used six dollars to work your weights out, most of the decent blacks were upwards of 600c/kg and the lighter ones sold for 650-750c/kg."

"He bought cattle to go back to Colac and Warrnambool - South Gippsland was extremely strong again, as the season is obviously very good everywhere.

'The grass is starting to grow, with a few warmer days, and the export job is still excellent."

Mr Ogilvie said there were cattle to suit all buyers, weights and grades.

Most of the steers and heifers yarded were between 280-400kg.

"Those light calves that were yarded were keenly sought and sold like hotcakes."

WVLX Agents Association president Matt Baxter said most weaner steers sold for more than 680c/kg, with many making 700c/kg, or more than $2000 a head.

The Draffens put forward 307 cattle for the day, with a pen of their weaner heifers also equalling the top price in that category of 710c/kg.