CHAMPIONS: The team from Gunnee Feedlot at Delungra, NSW, which took out the 8000-15000 head category of the 2021 Australian Feedlot of the Year award.

The Australian Feedlot of the Year Competition, proudly sponsored by ALFA, AUS-MEAT and Integrity Systems Company, was awarded to the following feedlots: ON A ROLL: The team from Paradise Beef Feedlot in Western Australia, winner of the under 3000 head category in the 2021 Australian Lot Feeder of the Year award.

The competition is open to all National Feedlot Accreditation Scheme feedlots and focuses on driving best practice and uncovering feedlots that are truly exceeding the status quo.

Andrew and Tess Herbert, from Gundamain Feedlot in NSW. Their efforts towards innovation, being an employer of choice, chain of responsibility, community amenity and social accountability was also considered.

The ALFA Award for Innovation, sponsored by Integrated Animal Production, was awarded to Ryan Smith of Rangers Valley Feedlot in NSW for his reusable PVC fly trap. The runner-up was Shane Bullock, of Jindalee Feedlot in NSW, for the post pot digger.

This award encourages the formation of clever, non-commercialised ideas and innovations that genuinely make a difference to the functionality of day-to-day feedlot operations.

The ALFA Excellence in Feedlot Education Medal, sponsored by Zoetis, was awarded to Brenton Watterson of AACo's Aronui Feedlot, Queensland, who has recently graduated from a Cert III in Feedlot Operations - Pen Riders from TAFE. The medal recognises individuals demonstrating excellence in feedlot operation skills as a result of undertaking training. 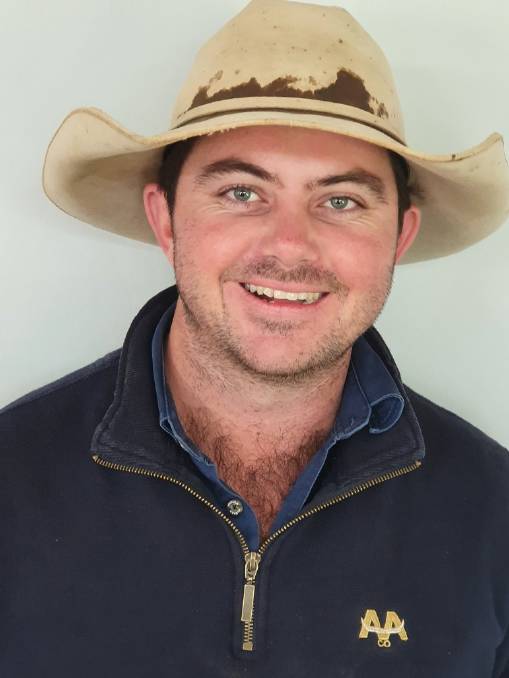 The ALFA Young Lot Feeder of the Year, sponsored by Performance Feeds, was awarded to James Guest of Smithfield Cattle Company's Sapphire Feedlot in Queensland.

The award embodies passion, leadership, development, and initiative and encourages emerging, dedicated employees to contribute their ideas and vision for lot feeding at a national level. The winner received $5,000 funding towards undertaking a professional development course or study trip and a scholarship to attend the Australian Rural Leadership Foundation's TRAIL For Emerging Leaders Program, valued at $10,450.

In its inaugural year, the ALFA Community Heroes Award, sponsored by Lallemand Animal Nutrition, was awarded to Smithfield Cattle Company for their community-minded initiative that is connecting students and teachers to the feedlot industry. Smithfield has received $5,000 in funding to assist in further development and impact of their initiative. This award recognises and rewards those feedlots that are actively nourishing their local communities and environment by going above and beyond to support their community, give back and better the environment around them.

Since 1991, ALFA has run the prestigious annual Recognition of Excellence Program whereby lot feeders and feedlot businesses are encouraged to apply for a range of awards and scholarships, proudly supported by a number of longstanding partners.

Traditionally awarded at the industry's annual conference, this year's awards were presented virtually with to the conference having moved online due to COVID-19 restrictions.

"The quality of talent vying for the awards this year was outstanding and clearly demonstrates the strong commitment to continuous improvement held by Australian grain-fed beef producers," ALFA president Bryce Camm said.

"With record numbers of entries received for both the Young Lot Feeder and Australian Feedlot of the Year Competition, there is a real sense that the feedlot industry is bursting with leadership, pride and enthusiasm."

The virtual ceremony was hosted by Gerry Gannon, with live crosses made to award winners that made for an exciting evening of celebrations across the country.