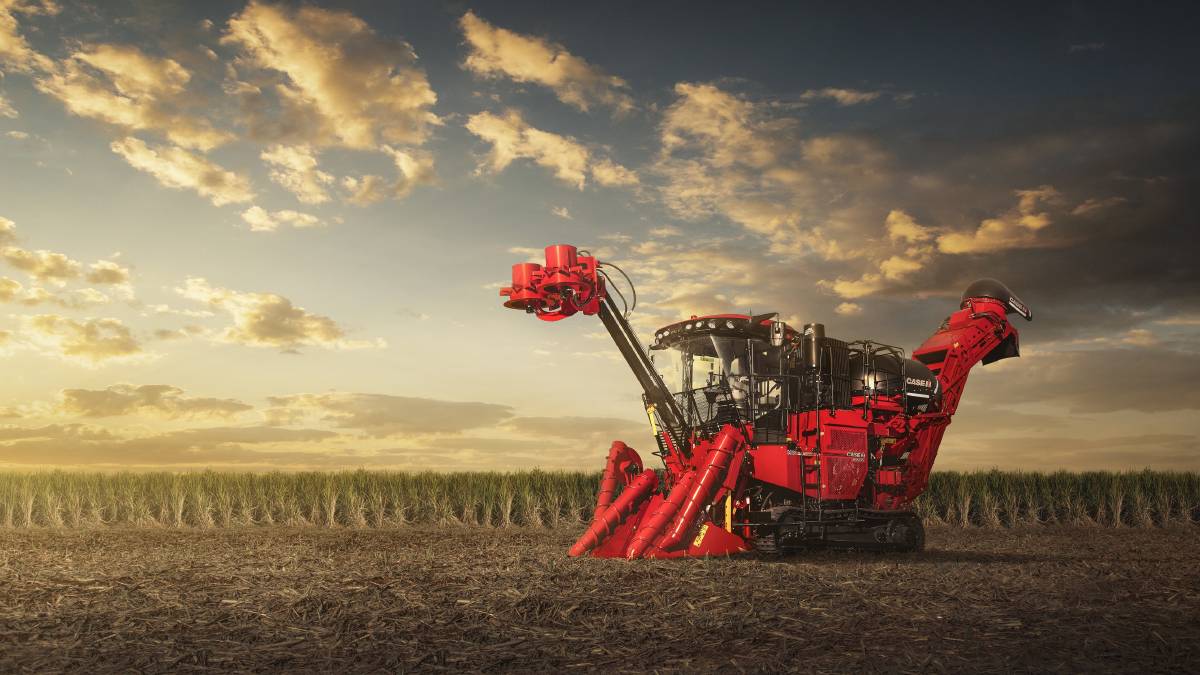 Over the past 18 months extensive testing has been conducted to ensure the Case IH Austoft 9000 cane harvester will be a good fit for Australian conditions.

Case IH has launched the Austoft 9000 cane harvester with a more powerful engine, intelligent hydraulic system and a raft of other innovations.

A machine borne of humble beginnings in Queensland's cane fields is about to enter an exciting new chapter.

Case IH has launched the Austoft 9000 cane harvester with a more powerful engine, intelligent hydraulic system and a raft of other innovations that allow for greater harvesting capacity at a lower operating cost.

It is hoped the power, performance and technology will help farm businesses tackle the challenges of an increasingly competitive global market.

"We refer to the Austoft as the 'king of the cane' and this latest 9000 series not only reinforces that reputation, but redefines the expectations when it comes to harvesting efficiency and performance, machine reliability and ease of operation," Mr Polga said.

The Toft brothers invented and sold the first commercially-viable cane harvester in Queensland in 1944, with the predecessors to today's Austoft manufactured in Bundaberg for many years.

The Austoft company was acquired by Case IH in the mid-1990s and today the Austoft is manufactured in Brazil.

Mr Polga said Australian cane farmers were still closely involved in improvements to the harvester and the development of new Austoft series', and provided considerable feedback on the new 9000 series.

A prototype of the 9000 has been in Australia since last year's crush in North Queensland, with the feedback from customers being relayed back to the development team in Brazil.

"Customer feedback has been so critical in the evolution of the machine we're preparing to launch into our local market," Mr Polga said.

"The 9000 represents more than 30,000 hours of field and bench testing, further improving the reliability of the Austoft and delivering major reductions in the total cost of ownership for customers.

"The contribution of the Australian field testing and feedback can't be overstated. Case IH has always taken a lot of pride in the input of customers because we want to offer them machines that meet the needs of their operation, do it in the most efficient and effective way, while adding value to their business and offering the reliability and performance our customers deserve."

The Austoft 9000 offers several technologies to increase efficiency in the field, including the renowned AFS Autoguidance system and a new telematics system that allows 4G connectivity on the machine.

The Austoft 9000 is also the first Austoft to offer this feature, allowing the operator to connect the harvester to the AFS Connect telematic portal, which offers tools for fleet monitoring, agronomic management and data management.

The harvester has a 314 kilowatt (420 horsepower) engine and redesigned hydraulics system.

According to Case IH, this will equate to up to 10 per cent higher harvesting capacity, 10pc lower fuel consumption and 50pc longer engine life.

It has industry-leading auto crop feed, providing for the automatic adjustment of harvesting functions based on operating conditions, optimising fuel consumption and preventing 'chokings'.

"All the features that have made the Austoft and its predecessors such pioneers remain, but the 9000 supports a raft of enhancements and technology advances that put it in a class of its own and present sugar producers with so many opportunities when it comes to the operation and potential of their businesses," Mr Polga said.

"We've given customers the horsepower they've been asking for, on-demand hydraulics in line with other Case IH machine ranges, better serviceability and improved reliability to minimise downtime at critical times of the season. And, there's the data systems that can provide agronomic and machinery information to guide decision-making and allow for the sharing of this information with approved third-parties such as the local dealership or agronomists.

"The Austoft 9000 is something very different, representing a new generation of cane harvester for Case IH and creating a lot of anticipation for its launch into our market."

The story New Austoft 9000 rolling into paddocks in 2022 first appeared on Farm Online.