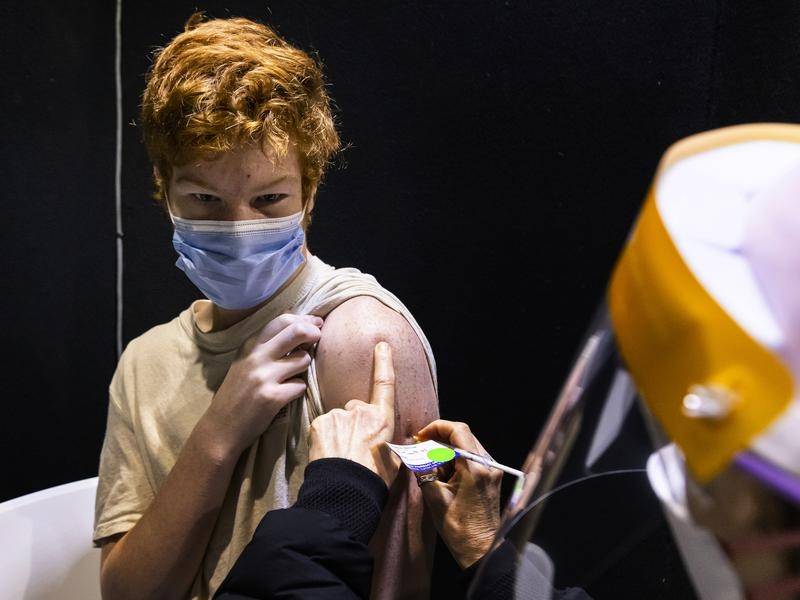 Victoria is forecast to reach its 70 per cent vaccination milestone as early as Thursday.

Melburnians are set to learn when their long-running sixth lockdown will lift.

Melburnians are set to learn when their long-running sixth lockdown will lift, with Victoria on track to reach its 70 per cent COVID-19 vaccination target this week.

Victorian Premier Daniel Andrews is expected to confirm the exact date Melbourne will exit its sixth lockdown on Sunday.

Under the state's roadmap, the city's current lockdown - which has run for 73 days - was due to end on October 26, the predicted date when 70 per cent of those aged over 16 are doubled-dosed.

However, Victoria is now forecast to reach that milestone as early as Thursday because of soaring second-dose rates.

Both Mr Andrews and Chief Health Officer Brett Sutton last week said they were open to taking the first step out of lockdown early, in line with reaching vaccination coverage goals.

Restrictions will ease further when 80 per cent of the eligible population has received both vaccine doses, originally projected for November 5.

Latest data shows 88.05 per cent of Victoria's over-16 population have had one vaccine dose and 65.02 per cent both.

It comes as a COVID-positive teenager with other health conditions became the youngest victim of the Victoria's third wave.

Coronavirus commander Jeroen Weimar confirmed the 15-year-old girl had died while infected, as the state reported a further 1993 locally acquired cases on Saturday.

She was among seven more reported deaths, and lifted the state's toll from the current COVID-19 outbreak to 138.

Officers significantly outnumbered the wannabe demonstrators, several of whom were arrested as they attempted to gather at Princes Park in Carlton North.