There were plenty of weaner steers that sold in a range of 700-788c/kg at Mortlake. 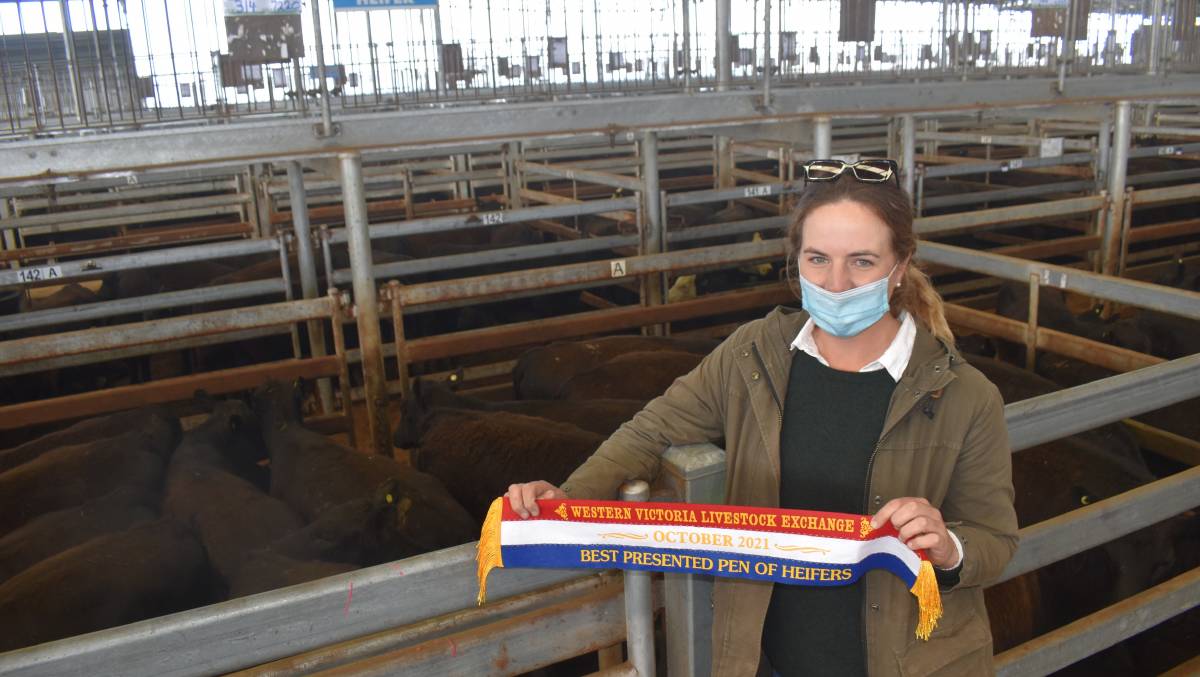 Demand on a yarding of 4470 cattle at Mortlake on Thursday was stronger, thanks to widespread buying interest.

A feature of the sale was the offering of 400 Angus, autumn-drop, mixed-sex cattle, sold by Emu Downs, Glenthompson.

There was strong demand for the draft with the steer portion that weighed in a range of 343-365 kilograms selling from 684-702 cents a kilogram.

Another feature draft was from Draffen Properties with the steer portion of its 8-12-month-old steers making 732c/kg for a pen of 44 at 270kg.

Mr Baxter said the heavy steers started a little slowly before returning to strong level depending on weights.

He said there were at least three of four feedlotters operating on the grown steers.

"Overall the lighter cattle were dearer."

He said the whole job was dear with runs of heavy heifers going back to the bull, while processors were also active.

Ellingerrin Pastoral sold 51 heifers with an average weight of 394kg that made 592c/kg.

There was a large yarding of F1 and Friesian steers that sold to good demand with most selling at rates above 500c/kg.