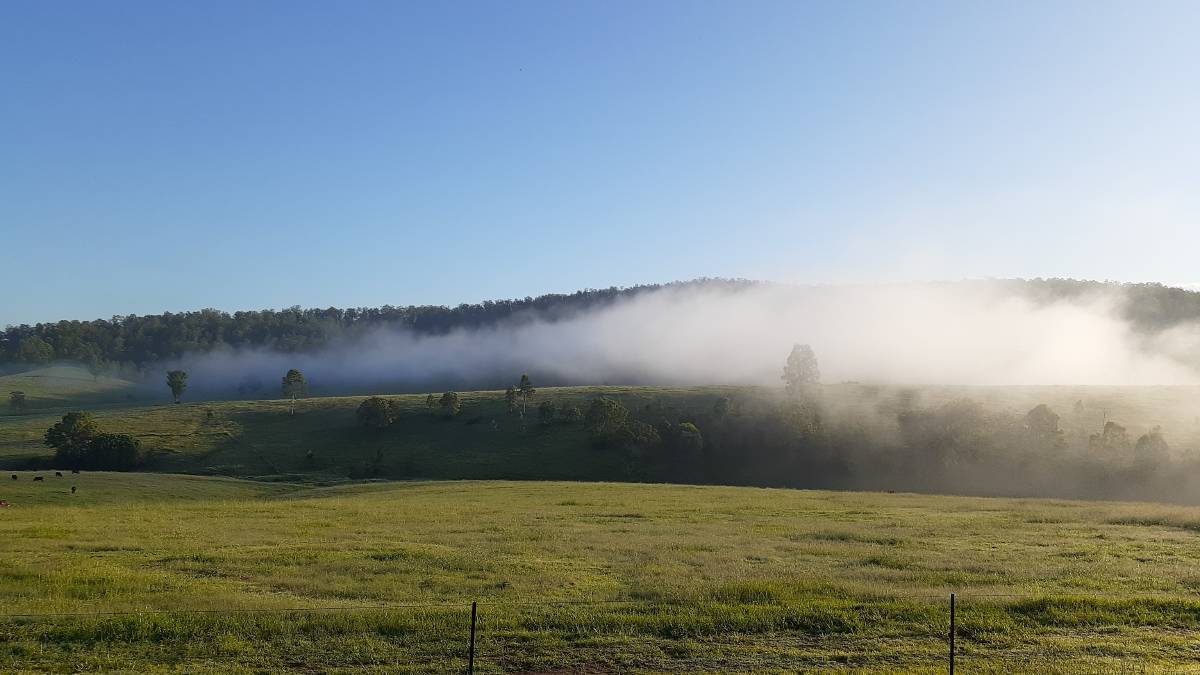 One of the most beautiful sights for Clarence Valley grazier Marg Gillespie is the river of mist she sees early in the morning from the homestead of her property, JARA.

It's a sign that, after having survived through the recent drought in the region, she is comforted by. "It's wonderful to sit here on the back verandah and see that water go up through the valley ready to come back down again - the daily water cycle," she said.

Rehydration of the landscape has been a priority for Mrs Gillespie and her husband Dave since they bought the 1754 acre property in cattle country near Tabulam in 2013 with plans to establish a cattle breeding operation and put in place the sustainable, regenerative land management practices they were passionate about.

They first saw the property in 2011 on one of their many road trips looking for the perfect place. "Dave pointed across the road as we were driving along and said, 'That's the kind of country I'd like'," said Mrs Gillespie.

The property came up for sale in April 2013 and in the following December the Gillespies moved there permanently from South East Queensland, where they owned a vineyard.

"I'd lived all my childhood and adulthood on farms, my parents had a Hereford stud, and Dave was a mechanic by trade but had worked on properties so farming wasn't new to us," said Mrs Gillespie.

"My great love is cattle, I love the industry and I wanted to get back on a farm. Our plan was to look after the country and produce the best beef cattle we could. We were so lucky to find this property. It's a special place." 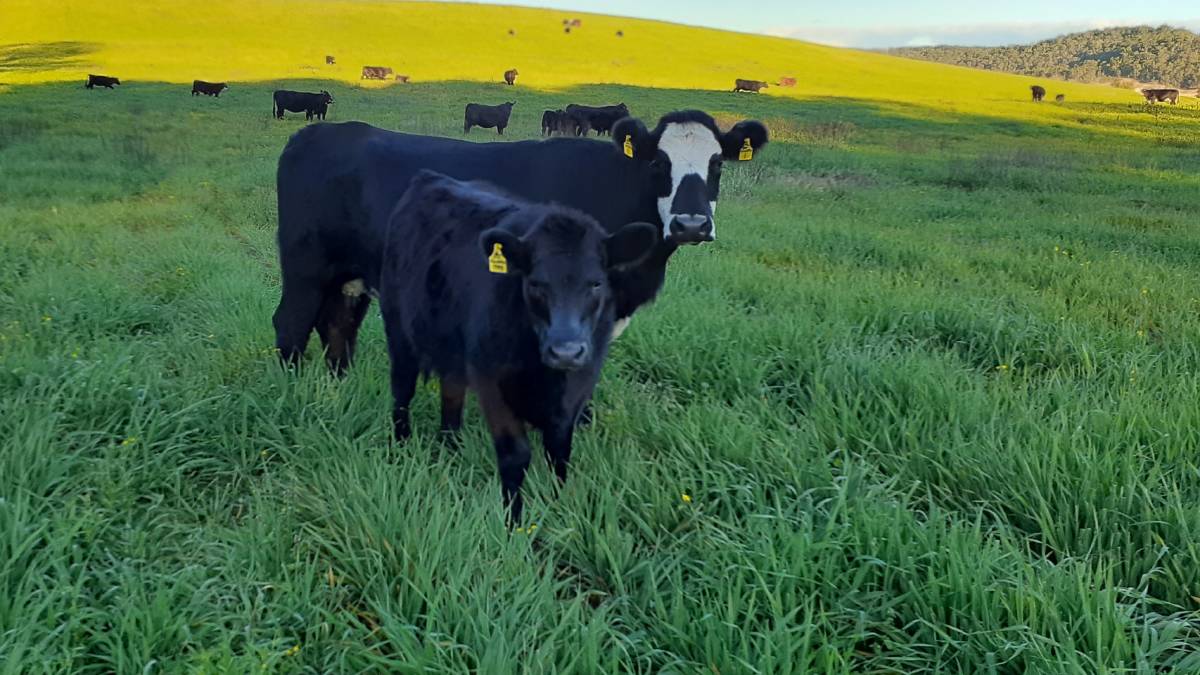 Since buying the property - which they named JARA using the initials of their four children - the Gillespies have worked to establish their Santa Hereford Angus breeding operation while applying the kinds of land management strategies inspired by natural sequence farming champions like Australia's Peter Andrews.

"We're in our 60s now and our aim is to leave the property in better condition than when we found it, for future generations," Mrs Gillespie said.

The undulating property has the Clarence River on one of its boundaries and also incorporates two creek systems - Bottle Creek and Tunglebung Creek. Around 1100 acres of the property is used for grazing and the rest is native forest. 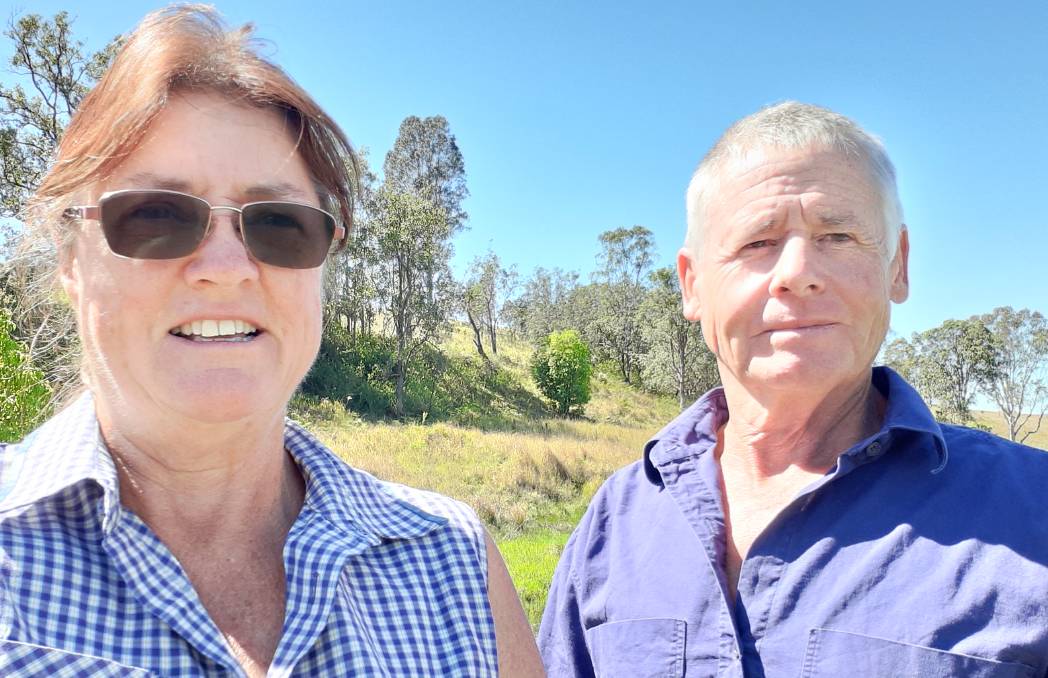 One of the Gillespies' first steps was to divide the property into more paddocks to allow for controlled grazing, strategically rotating cattle to allow the land to stabilise and to improve soil.

In January 2019, with drought conditions in the region, the Gillespies decided to destock. They reduced down to a core breeding herd and focused in on their land management work with increased determination to build JARA's ability to make use of available water and be more drought tolerant.

"We continued to destock as the feed diminished; we were ultra aware of not over grazing the paddocks so that when it did rain again the property would quickly recover, which it did when the drought broke for us (in December 2020 with just over 300 mls)," Mrs Gillespie said.

"That experience really made the rehydration of our landscape a major priority for Dave and me."

The Gillespies' work on their property was recently recognised and given an extra boost when two of the projects key to their land management and drought tolerance strategies were selected as recipients in the annual Gallagher Landcare Electric Fencing Grants program.

The program aims to support improved grazing management and conservation across the nation providing a combination of Gallagher Electric Fencing and monetary support to facilitate projects.

The Gillespies' projects included the rehabilitation of a deep erosion incision that cuts through the property, and the protection of an intact "chain of ponds" - an environmentally-valuable natural feature that comprises a series of ponds linked by shallow waterways. 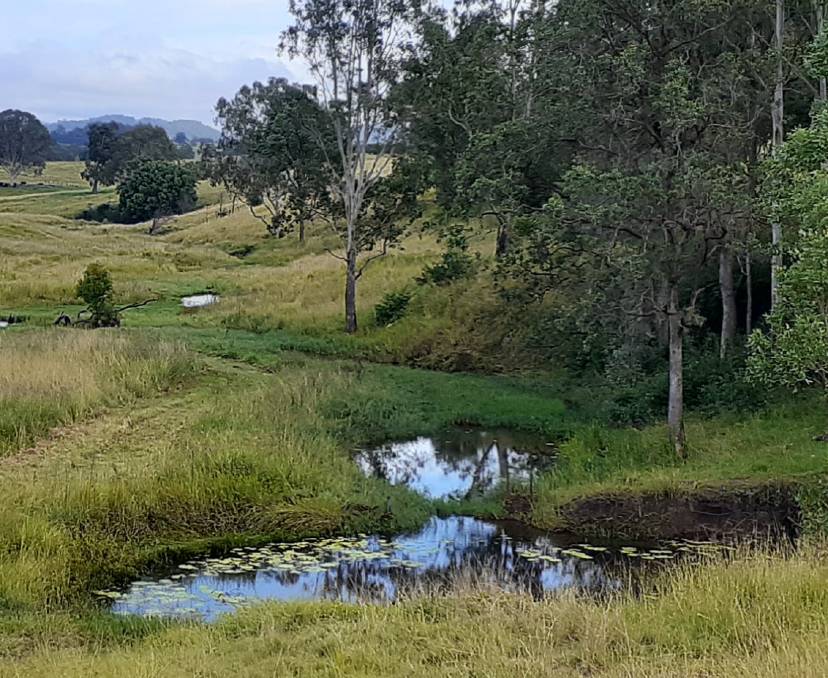 Fertile ground: The property includes this chain of ponds, a rare and unique feature in the Australian landscape. Picture: Supplied.

The chain of ponds is a part of the property the Gillespies are particularly proud of and passionate about.

"It's a unique example of the old Australian landscape you don't see many of any more. We feel very lucky to have one on our property," she said.

"It's about a six acre area that is a small flood plain before the country rises up on either side; it's basically a chain with steps between the ponds and the water flowing down.

"It has natural reed beds and marshy grasses that trap the fertile sediment coming down through the system and that benefits your frogs, water lizards, birds and other wildlife that live in this environment. It's a really exciting area - the grandkids especially love it!"

The Gillespies have used the Gallagher Electric Fencing they received to restrict cattle from the area as part of their ongoing work to protect the fragile system. They constructed more than 2.5 kilometres of fencing using Gallagher's Mega Anchor Post Kits and Insulated Line Posts, a fast and easy-to-install permanent fencing solution. The erosion incision on the Gillespie property.

"This chain of ponds system does need to be maintained, protected from the cattle and looked after - we've been planting it out with trees and lomandras to help slow the flow, which holds the fertility and adds to the soil," Mrs Gillespie said.

The deep erosion incision in a paddock on the other side of the property is next in line to be fenced thanks to the support from Gallagher and will exclude cattle, allowing vegetation to stabilise and develop.

"This has been a plan since we first came here but it was never going to be a cheap exercise, so getting the grant was fantastic," said Mrs Gillespie. "The only way to rehabilitate it is to fence it off so you haven't got cattle trampling through it and continuing to make it worse.

"By planting on the floor of the erosion and the sides we'll be able to stop the sides from collapsing and stop water from rushing down there when it rains which causes more incisions and affects your fertility, taking your top soil with it down into the Clarence River and out to sea at Yamba.

"Slowing the flow means more water is going into the soil, staying longer and doing its job so you might be better able to cope with the next drought. Our Gallagher Landcare grant has been a great contribution towards achieving our goals."

The story Graziers' land rehydration mission gets a boost with electric fencing grant first appeared on The Land.