Confidence in the wool market was felt at Melrose Merino's on property ram sale, which hit a sale top of $5800. 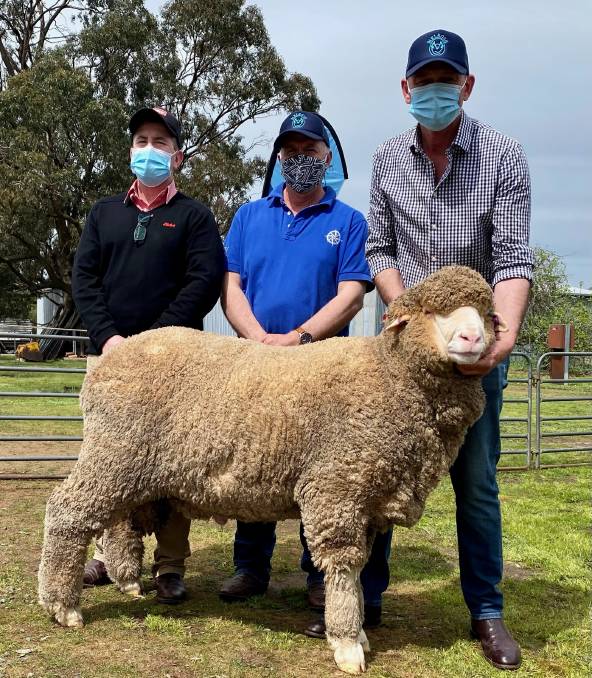 CONFIDENCE in the wool market ricocheted through Melrose Merino stud's on-property ram sale, which hit a top of $5800.

"The rams presented very well despite the tough seasonal conditions and 27 millimetres of rain on them in the lead up to the sale," Mr Russell said.

"This season has been tough, with the rams on average eight kilograms lighter, and 1.2 micron finer than last year."

Of the 60 rams offered, 38 were raised as multiples, including three lots' full brothers.

The 17 successful bidders were largely from across western Victoria.

The sale-topping price was paid by Ashley and Katrina McErvale, AG & KM McErvale, Langi Kal Kal, for Lot 1, who measured in the breed's top 5pc for Fibre Production (FP+) and Merino Production (MP+) indexes at 176 and 188, respectively.

The ram was in the top 5pc for Yearling Fibre Diameter of -2.39, and recorded the number of lambs weaned at nine.

The second-highest-priced ram at the sale made $3800, paid by AL & RL McLean, Coojar, for Lot 31, the top-priced horned ram.

Lot 10 and 40 both made $3600, paid by Jorgensen Farms, Murtoa, and RM Anderson Pastoral, Ampitheatre, respectively.

He was a son of Melrsoe Poll 17BN305, who had 10 sons in the catalogue this year, and was one of two rams purchased by the Jorgensens.

Volume buyers at the sale included Ethandune Partnership, Coleraine, who bought nine rams to a top price of $1600, av $1189.