Chrome sale gets off to a flying start, with first two lots making the joint top price. 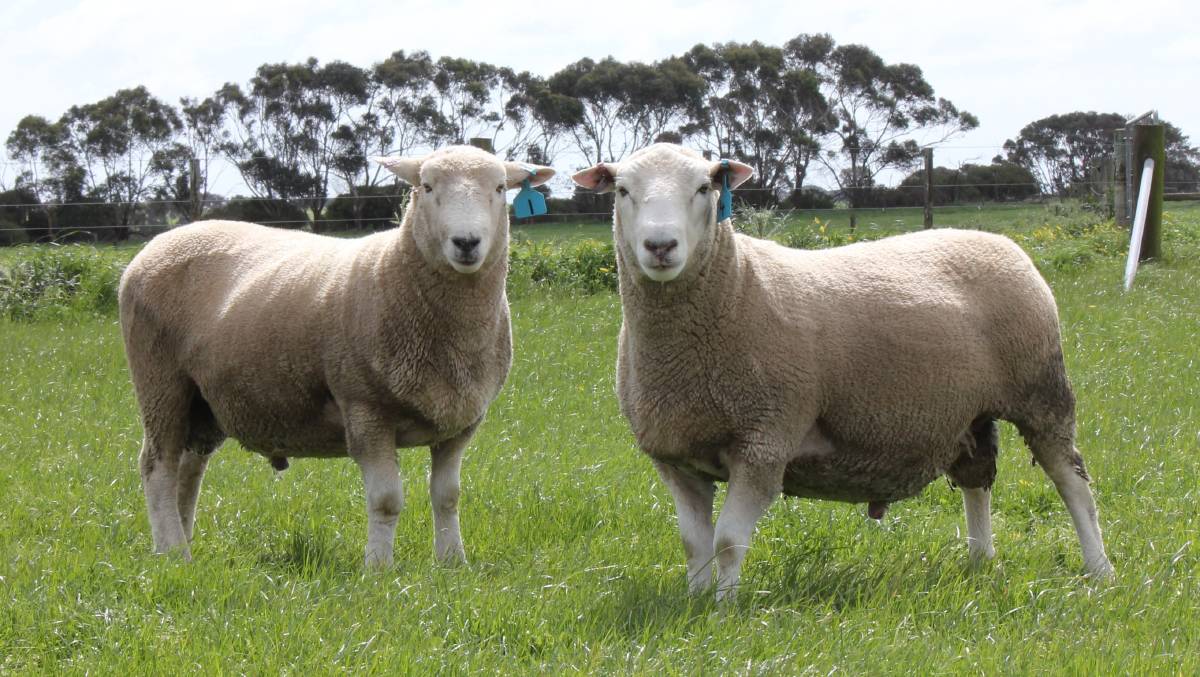 That was a big jump from the $4000 top price, realised last year.

"We had a 100 per cent clearance of our maternal rams, last year, so to try and satisfy our clients we increased the number offered by another 60 rams," Mr Tonnissen said.

"We are trying to work out where that balance is, between supply and demand."

Last year Chrome had a total clearance of its 529 rams, across five breeds, for an average of $2137.

The two top-priced rams, lots 1 and 2 set the sale off to a flying start.

"'It was a bit of a surprise that it opened up that strong," Mr Tonissen said.

"It was a record price for us.

"Under after the current wet cold winter we have had the rams presented exceptionally well, given the circumstances."

He had a Maternal dollar index of $169 and a maternal Maternal Carcase Production Plus index of 149.

"It exceeded our expectations, early in the sale, but struggled a little bit in the middle," Mr Tonissen said.

The highlight of the sale were the terminals with both the ICON Southies and Poll Dorsets having a 100pc clearance.

The sale was interfaced with Elite Livestock Auctions.

Kerr & Co Hamilton agent Robert Claffey said while there wasn't such strong competition on the bottom end of the sale, the terminals, in particular the Poll Dorsets, were "extraordinary".

"Western District producers are coming up for their third profitable year and there is a bit of fat in the system."

"Equity in farms is dramatically improving, so its not just the price of lamb, there are lot of other factors as well.

"It's confidence, and if your balance sheet is strong, you naturally feel more confident."

It's confidence, and if your balance sheet is strong, you naturally feel more confident. - Robert Claffey, Kerr & Co Hamilton agent

There were six new buyers who attended the sale.

"The online bidders tended to do most of their share at the baseline, which is very pleasing, because we always need a base."

He said SA bidders were the majority of those on the Elite platform.