The stud offered a whopping 670 rams for sale on Friday. 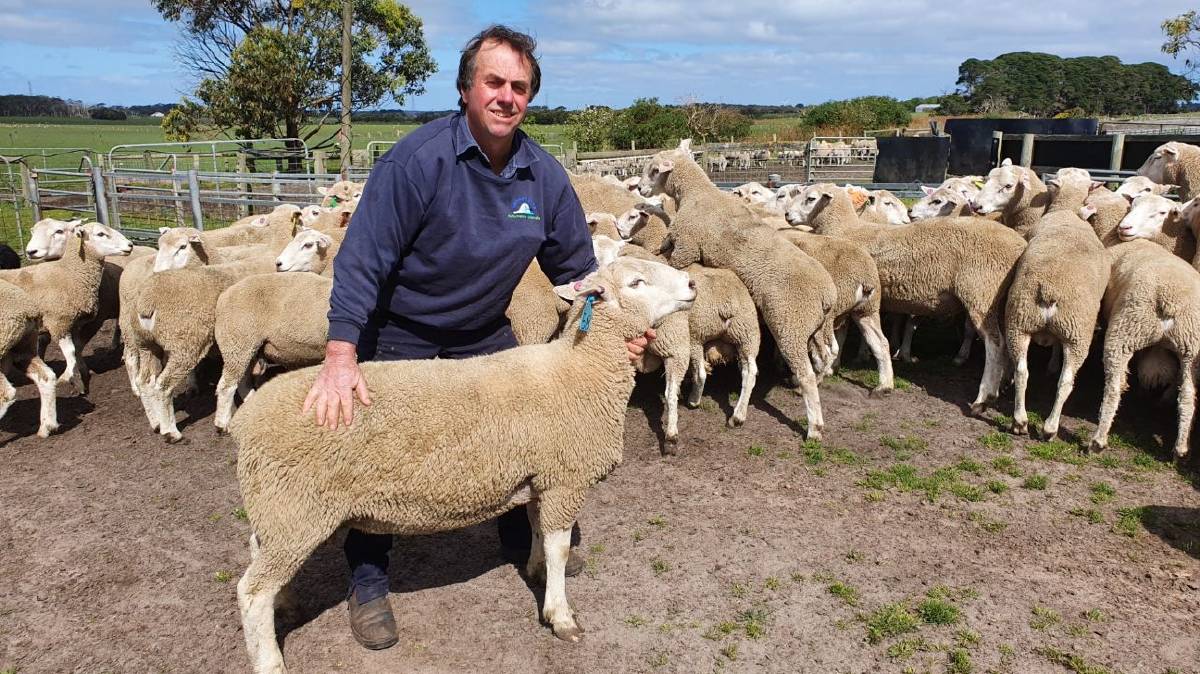 The Cashmore stud offered 670 Maternal Composite and Nudie rams across three sales via AuctionsPlus on Friday, with the best Maternal Ram fetching a top price of $10,990.

The Maternal Composite consignment was offered by Cashmore Oaklea, with co-principals John and Brigita Keiller from Cashmore and Don Pegler from SA joining forces to offer the mega draft.

"These animals are run in a very commercial environment where only the fittest survive due to the proximity of coastal weather, high rainfall and parasite challenge," Mr Keiller said.

"The rams thrive wherever they go and are provided with a full suite of performance measurements encompassing birth and growth traits, fat, muscle and eating quality measurements and backed up by 10,000 ewes supplying reproduction records annually to the national sheep genetics database.

"This process delivers continual genetic improvement to our customers and their consumers."

Mr Keiller said the large draft of rams was broken down into three sales to give buyers a chance to dissect the lots and information on offer.

"We had a number of volume buyers who took in excess of 10 rams for their commercial operations," he said.

The top-priced Maternal Composite, Lot 24, was sought after because of his "outstanding parasite resistance", Mr Keiller said, while Nudie ram Lot 549 was popular because of its wool shedding and good, balanced traits.

"Cashmore Oaklea offers good, accurate fertility data which appeals to us and they don't pamper their rams," he said.

"We were looking for an outcross ram for our Primeline Maternal Breeding Program and we're really excited to see what these rams will offer in our operation."

Among the volume buyers were Ben and Julianne Ryan, Tent Rock, Deep Creek, SA, who bought 13 Nudies to a top price of $4200.

"We've haven't bought Nudies before but we thought we would swap our system over to woolless sheep and join him to our Maternal Composites."