Selling the family dairy farm has been a difficult decision for Cohuna's Heap family but it promises new horizons and an easy to run, profitable proposition for buyers. 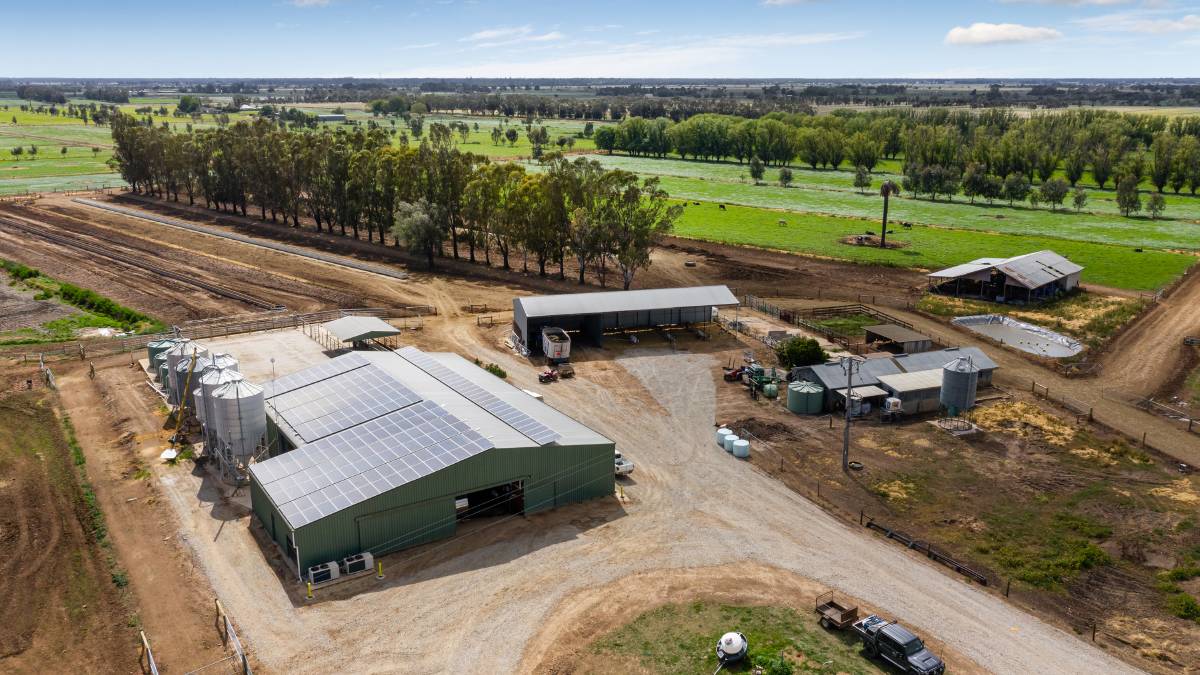 Dairy farmers Jason and Lorelle Heap have made the momentous decision to sell the Cohuna property their family has owned since 1929, so long as the price is right.

That's not to say the family is asking a king's ransom for its 828 hectares, Ray White Rural agent Anthony Stevens said.

"When people see the place, they say, 'Wow', and can see it's worth every cent."

The aggregation is divided between two locations: the 348ha home farm, Balmoral Park, and the 480ha cropping and turnout block, Flannery's, just 5 kilometres away.

The couple and Jason's parents, Carole and Gary, developed the farm into a self-contained dairy powerhouse, growing all its own grain, rearing replacements and milking 550 mostly Friesian cows.

Fed 8 kilograms a head in the bail, the herd produces around 4.5m litres a year, with handy components comprising 4.5 per cent fat and 3.6pc protein.

It's a well-oiled machine, with a state-of-the art 50-stand rotary dairy at Balmoral Park, automated irrigation, three 600-cow feedpads and six homes for family and workers.

But running a big dairy operation can be all-consuming and, at 50, Mr Heap is looking forward to a change of pace.

"Lorelle and I are thinking of doing a big trip around Australia," he said.

As alluring as the open road and more free time might be, it hasn't been an easy decision to put the farm on the market.

"I wake up in the middle of the night thinking, 'Am I doing the right thing for my family?'," Mr Heap said.

"I've had these great ambitions since I was a kid because I grew up with it since I could walk.

"I've fulfilled those dreams with the support of people around me but now, I think, it's not about me anymore. It's about everyone else."

Like many family farm businesses, it's complicated. Mr Heap's parents still live on the farm and his 20-year-old son Jai, wants to be a dairy farmer.

The right outcome at the auction, though, would set the three generations up for a fresh start.

It's been on the cards for a while now. The family first put its properties on the market in 2018 when the dairy industry was at a low point.

Mr Stevens said he'd advised the Heaps not to market the properties intensively into the buyer's market of the time and, instead, wait for the cycle to turn. Turn it has.

Still, the Heap family will only sell if the price is fair.

"It doesn't faze us one way or another, whether it does sell," Mr Heap said.

"If it doesn't sell, it's not the end of the earth for us.

"But if it does, all well and good, we move on to our next venture."

The auction is set for November 12 if not sold prior, with Balmoral Park and Flannery's being offered as a whole or separately on a bare basis.

The successful purchaser will have the first option to purchase livestock and plant and equipment.