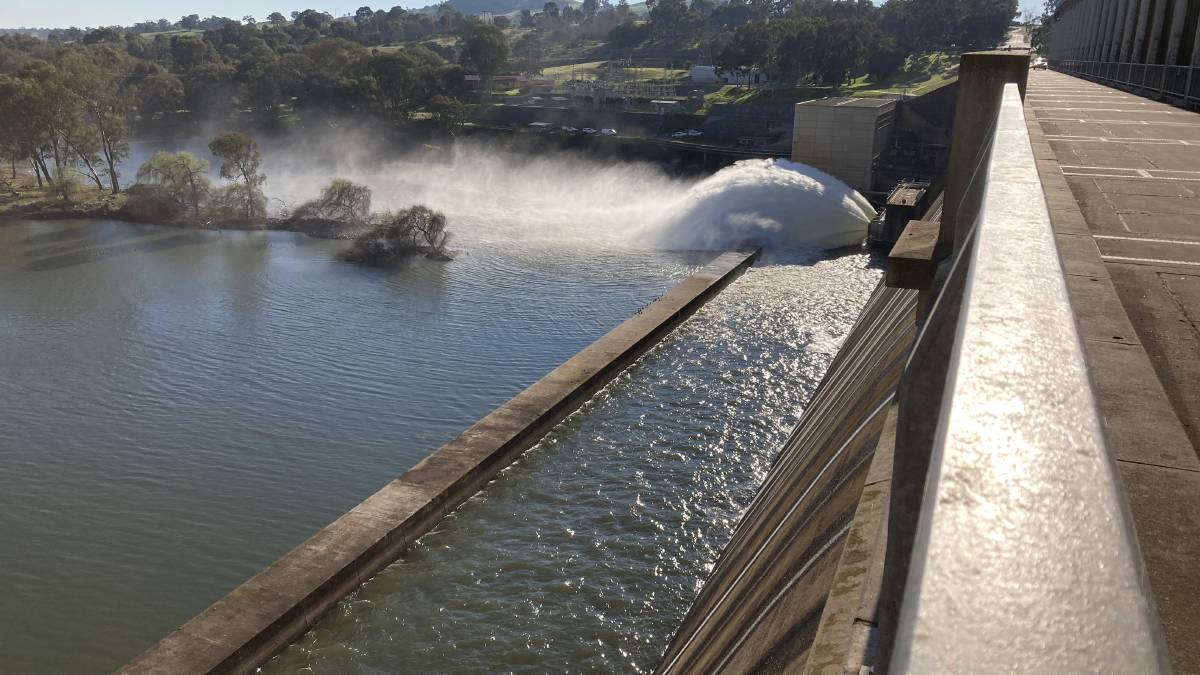 Irrigation allocations have hit 100 per cent of high-reliability water shares in most northern Victorian irrigation systems.

Irrigation allocations have hit 100 per cent of high-reliability water shares in most northern Victorian irrigation systems.

Increased allocations on the back of good rainfall in September were announced by the resource manager for northern Victoria Mark Bailey on Friday.

The allocations are the best at this early stage in the season for most regions in seven years.

The Goulburn and Loddon systems increased from 85pc HRWS to 100 per cent HRWS.

The Murray system moved from 77pc HRWS to 93 per cent HRWS.

The Campaspe system remains at 100 per cent HRWS.

The last time irrigation allocations hit 100pc by October 1 in the Goulburn and Loddon systems was in 2014.

The increases this early in the season augur well for irrigators with it likely to keep a cap on water prices.

"With tributaries downstream of the storages meeting demand, more water was available for the seasonal determinations."

"A deduction of 89 gigalitres will be made with today's announcement," Dr Bailey said.

"This is about 31 per cent of the current volume held in the spillable accounts.

"The releases to date have exhausted the rules-based accounts in the Murray system and spilled at least 89 gigalitres from Victoria's share of Lake Hume.

The latest Bureau of Meteorology seasonal outlook favours above-average rainfall across the northern Victoria for the October to December period.

The bureau has issued a La Nina watch, meaning the chance of a La Nina event forming is about 50pc.

The negative Indian Ocean Dipole is nearing its end, but may still influence rainfall over the coming months.

A negative Indian Ocean Dipole and a La Nina each increase the likelihood of above-average rainfall totals in south-east Australia.

Allocation trade from NSW to Victoria is limited to the lesser of a net annual volume of 200 gigalitres or a volume that keeps the risk of spill in the Victoria's share of both Hume and Dartmouth reservoirs below 50pc.

The current risk of spill in the Murray system allows 200GL of net trade from NSW to Victoria as this would increase the risk at Dartmouth to about 40pc.

This volume will be updated with each risk of spill announcement.

Customers can find out more about trade opportunities and a trial of improved trade adjustment methods on theVictorian Water Register website.

An interim rule for trade from the Goulburn, Broken, Campaspe and Loddon systems to the Victorian Murray system, NSW and South Australia is in effect from July 1, 2021, to June 30, 2022, replacing the previous rule that had been in place since 2013.

The new trade rule means that until December 15, 2021, trade is allowed whenever the total amount owed from the Goulburn to the Murray, including the Lower Broken Creek, is less than 190GL.

From December 15, 2021, net trade will be capped and the inter-valley trade account balance will be run down.

The volume currently committed to the Murray is 190GL, meaning trade from the Goulburn, Broken, Campaspe and Loddon systems to the Victorian Murray system, NSW and South Australia is closed.

The Goulburn, Campaspe and Loddon systems can trade from the Victorian Murray system, NSW and South Australia while the total volume owed to the Murray system is greater than zero.

The Murray-Darling Basin Authority (MDBA) is restricting trade of water allocations from above the Barmah Choke to downstream of the Choke to protect the delivery of downstream water entitlements. Customers can monitor trading opportunities across the Barmah Choke on theMDBA website.