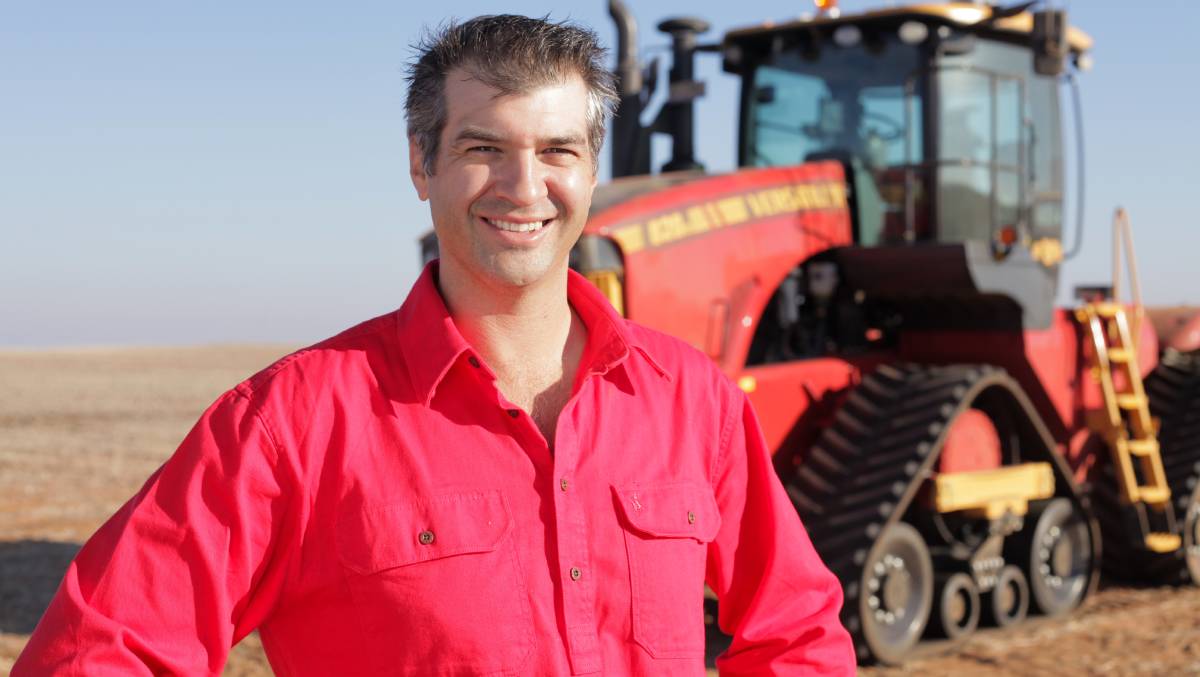 NEED RAIN: Kooloonong sheep and grain farmer Simon Craig says the area has missed out on rain, for most of the year,

A second low pressure system, out of NSW, boosts chances of rain for the north-west.

Parts of Victoria, which missed out on good falls from one weather system, are likely to benefit from another one coming down from NSW.

Bureau of Meteorology senior meteorologist Matthew Thomas said some impressive falls were recorded earlier this week after a series of thunderstorms.

"We did see thunderstorms in the northern country - just to the east of Shepparton, Dookie picked up 34mm in fairly quick time," Mr Thomas said.

"There were some quite impressive totals elsewhere, Violet Town got 22mm and Tatura 20mm."

In other parts of the state falls were more modest.

Falls came from a low pressure system, moving across the Great Australian Bight, while another system, which formed over NSW, was likely to bring more rain.

"There are two low pressure systems, the one that's around the Eyre Peninsula (SA), over the Bight, is going to decay, in situ," he said.

"That extended a trough over northern South Australia and another low formed on it over NSW.

"The system that's formed over NSW will move into northern Victoria and just lie over the state through Thursday and Friday, moving away over the Tasman Sea by early Saturday" he said.

Keep an eye on the radar today #Victoria! 👀☔

Showers are possible for much of the state today, thunderstorms are more likely across northern parts #VicWeather

Falls from the first system were more modest in other parts of the state, with the Mallee and Wimmera only picking up two millimetres.

Mr Thomas said the Bureau expected the Mallee and northern Wimmera to benefit most from the NSW low.

A Severe Weather Warning for Damaging Winds and Heavy Rainfall has been issued for the Otways.

There was a severe weather warning for the Otways, with rainfall totals of 50-100mm expected and wind gusts of 80-90 kilometres an hour.

It likely the effects would only be felt locally.

Kooloonong sheep and grain farmer Simon Craig said the area had missed out on rain, for most of the year, and only recieved 2mm in the first event.

"It's been one of the driest years for a long time, we've been sitting on that 120mm for the year so about 90-100mm for the growing season," Mr Craig said.

"A lot of that rain that fell in summer evaporated before it got stored.

'We went into sowing with a very dry profile, with the hope that the Indian Ocean Dipole forecast would eventuate and mean more promising rainfall."

He said conditions were looking good in June and July, August was dry, September started off well but had dried off.

'The crops are doing pretty well, given the rainfall they have had, but its not going to be pretty if we don't get significant rain out of this one.

"We really have to get 15mm out of this rainfall event."

"We'll particularly get value in a couple of crops (wheat, canola and beans) we were a bit late getting in.

"We're a fair way south of where it's been tough so everything looks good for a long way in every direction here."

Meanwhile, the BoM has declared a La Nina WATCH, based on recent modelling and cooling in the tropical Pacific Ocean.

In the past when La Nina WATCH has been reached, a La Nina event has subsequently developed around 50 per cent of the time; about double the normal likelihood.

La Nina events increase the chances of above-average rainfall for northern and eastern Australia during spring and summer.