Confidence in the new breeding direction of Bowmont Angus was clear at its recent bull sale. 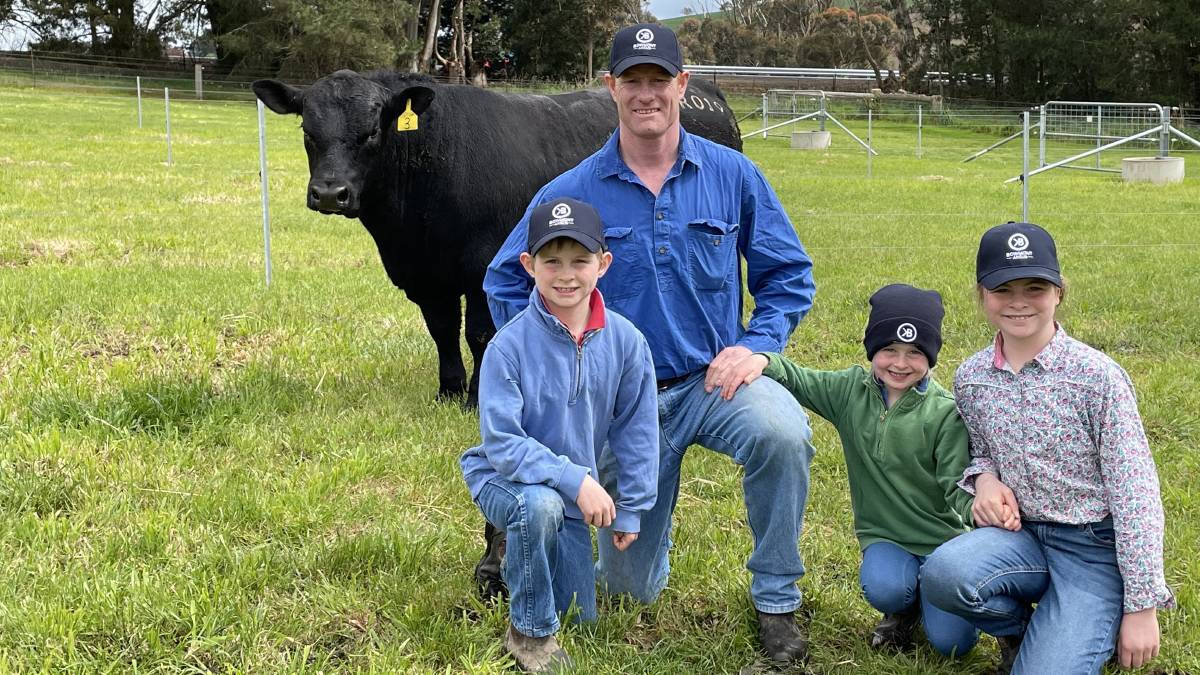 CONFIDENCE in the new breeding direction of Bowmont Angus and a buoyant beef market resulted in a top price of $20,000, and average of $10,429, at the stud's second yearling Angus bull sale last week.

The Tatyoon-based King family welcomed the result and the support the sale received with 35 of 36 bulls sold.

The sale was held entirely on AuctionsPlus and received substantial local support, with clients purchasing bulls for breeding operations in western and north-east Victoria, NSW and King Island, Tas.

It is only the second year of going to auction with Bowmont's young Angus, which principal Sam King said despite being in a "growth phase building numbers", had strong local client support.

Disrupting the traditional market, the catalogue of Bowmont bulls were just 14-months-old, which Mr King said aimed to give new genetics to clients sooner.

"There are a few factors; we don't have extra weight in the animals as a result of holding them longer and giving them extra feed, and because they're used as yearlings they tend to have a lower mature body weight for their life which leads to longevity," he said.

"There was some apprehension about this early but once our clients have used the young bulls, they have embraced the idea.

"If we look at the lamb industry and how much genetic gain they have made, a lot of this can be attributed to the speed at which they turn over genetics.

Bowmont presented yearling bulls in excess of 600 kilograms at 14-months-old, with "the young bulls expressing their carcase potential quite well".

There were some new clients this year who purchased bulls sight unseen, which Mr King said reflected trust in the breeding direction of the stud.

"This is something that is important to us, that clients have faith in what we are doing so they can trust that they will achieve their breeding goals," he said.

He was regarded as "a balanced bull that is very structurally correct", Mr King said, with a good presence and exceptionally good carcase.

"Reading through the catalogue it is clear to see the balance within our EBV profiles.

"We don't chase extremities with birth or growth - other than the carcase we put as much focus on that as we can."

Mr King said the grassfed bulls were presented in "good working condition" and suitable to a variety of breeding operations.

"We have a varied clientele with some growing progeny out for the domestic bullock market but predominantly we have a client base of weaner producers," he said.