The rising appetite for a dual-purpose Merino lured buyers from across southern Australia to Toland Merino stud's ram sale. 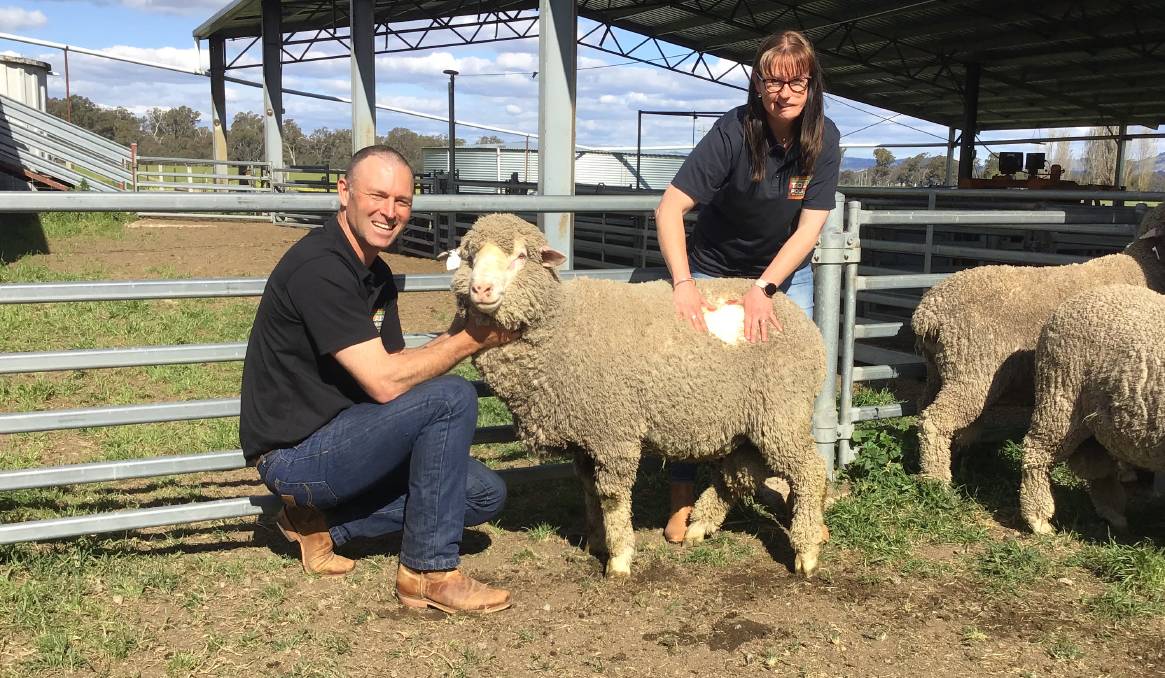 THE rising appetite for a dual-purpose Merino lured buyers from across southern Australia, who competed to a sale high of $12,000, at the Toland Poll Merino ram sale at Violet Town on Monday.

Growing demand for high-performing wool and meat rams was reflected in the stud's 34th annual on-property sale, with an average that rose nearly $300 year-on-year from $2456 to in 2020 to $2719.

With buyers registering from NSW, SA and across Victoria, Toland Poll Merino stud co-principal Simon Riddle said this reflected the ability for Toland sheep to "do well anywhere".

"It was a great sale with a few new clients," Mr Riddle said.

"The figures speak for themselves - we work really hard to get the animal underneath the wool right."

The top price was the second lot of the sale, at $12,000, and was bought by Ben Clark, Deepdene, Kyeamba, NSW, to underbidder and long-term clients, Lyndon and Sharon Kubeil, Laurana, Violet Town.

The twin-born ram ranked in the breed's top 10pc for Post Weaning Weight (PWWT) of 7.5, which Mr Clark said was a major factor to his pursuance of the ram.

"He has extreme growth, terrific carcase and has really great wool type," he said.

"Toland's rams have that early growth and are quick maturing."

It was Mr Clark's second year as a Toland client, enticed back by the high growth rates of his first drop of Toland-blood lambs, which were joined at eight-months-old, averaging 60 kilograms and scanned-in-lamb at 80pc.

Toland Merino stud co-principal Anna Toland said she was happy with the evenness of the sale team and the positive feedback from clients.

"We have clients that have been returning to purchase Toland genetics for over 15 years," Ms Toland said.

"This certainly cements that we are on the right track breeding rams fit for every operation.

"The figures are backing this up and with over 90pc of our clients buying on figures we will continue to focus on breeding all purpose rams."