The stud credits its spring sale success to its New Zealand genetics. 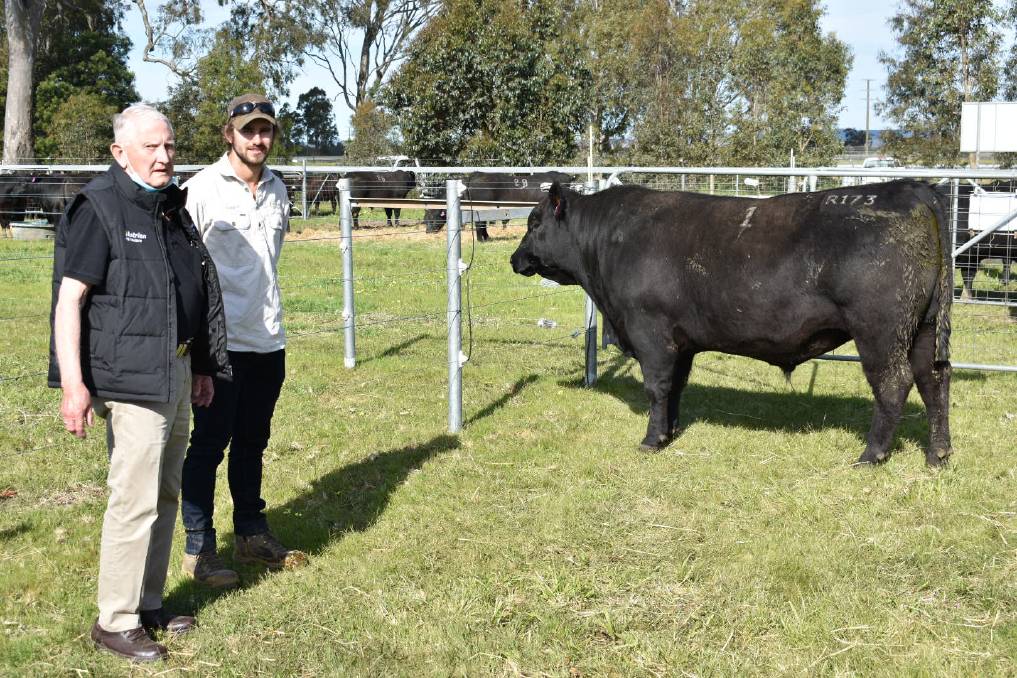 THE influence of New Zealand genetics headlined Leawood Angus' spring bull sale on Monday where Angus bulls sold to a top price of $19,000.

The Flynn stud in Gippsland sold its complete draft of 46 18-month-old bulls at the on-property sale, and its entire offering of heifers and cows and calves.

The firm result follows on from the stud's autumn bull sale where a total clearance of 41 bulls sold to $15,000.

"We've been breeding New Zealand genetics for 75 years, my grandfather started the trend, and people like our style of cattle," he said.

"They're not too big and they don't have a large mature cow weight; they're more of a dense animal and bred to make profit off grass.

"A lot of our cattle go to South Gippsland because they are all prominently grass-fed operations and our cattle thrive off that kind of program."

The bull was sired by Leawood Express G508 and out of Leawood Vanilla L128.

He said he liked the bull's growth and eye muscle figures and overall appearance.

"I'm in a beef group and Lewaood's name had been mentioned quite a bit by members," he said.

"I looked at their bulls on video and I thought that there were quite a few that would have suited me compared to some of the other sales where they might have only one or two."

The bull will be joined to a select group of second and third-calving cows in May 2022.

"I've got 150 cows that I breed and I'm going to select out some of the better ones," he said.

"I'll keep some of the progeny out of him and put them over my cows down the track."

The female draft mainly sold to return buyers across Gippsland and to repeat buyers, Hazelwood Farms, Warrnambool, who bought 17 females to $2400 and $2300, respectively.

Other volume buyers included Manyara Springs, Willung, which bought three bulls to a top price of $15,000.

Meanwhile, return buyer Hookey Pastoral, Cowwarr, bought two bulls to a top of $16,000, as did Nethercote Trading, Flynn, with two bulls to $15,500.

Representing agent Kevin Morgan, Nutrien Leongatha, said the impressive result was an indication of confidence in the beef industry.

"It was an excellent sale with bulls going from one end of Gippsland to the other," Mr Morgan said.

"The bulls received great accolades from those who came to look ... and there were bidders who went away without a bull."