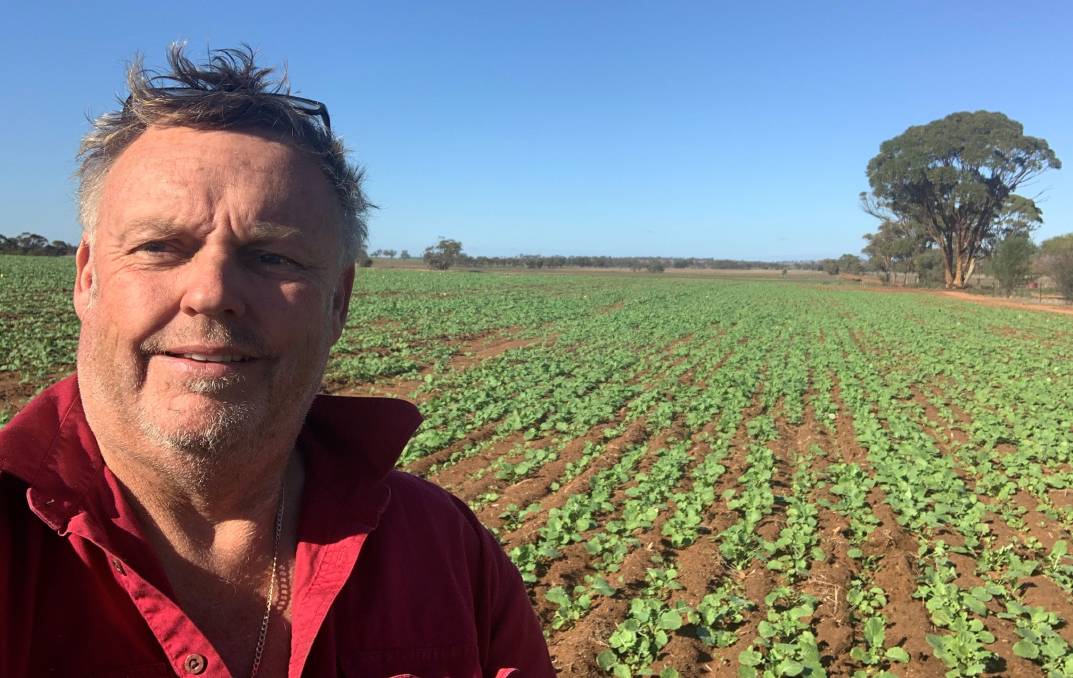 Professional contract harvesters say they're being hit by massive insurance price hikes, adding to ongoing concerns over labour shortages ahead of the upcoming season.

"The prices are four or five times the amount a grower would pay for exactly the same machine," Mr Gribble said.

He said, in one instance, insurance and public liability costs worked out at nearly $150 an hour.

Professional contract harvesters #insurance premiums have gone through the roof! Over $54k for comprehensive, another $4.5k for PL. 400 hours/year = $148/hr for insurance alone. All costs need to be recovered. @OZHarvesters@AgForceQLD@NSWFarmers@VicFarmers@GrainProducerspic.twitter.com/KyQyLpXaEp

In 2017 insurance companies bumped up premiums after claiming a significant number of header fires, the previous year, involved contractors' machinery.

"We clarified that data and got it confirmed that it wasn't contractors' machines that were the prime cause of that."

Mr Gribble said he didn't want contractors and farmers to be fighting, but some of costs would have to be passed on to growers.

He said it placed a considerable risk on the longevity of any contracting business.

Most growers did not want to buy their machines, and there were also problems with finding staff.

Mr Gribble said farmers and contractors were looking at a "pretty good year.

"These years don't come around all that often and someone has decided to put chuck a big spanner in the wheels."

He said he hoped farmers would join a joint approach to the Insurance Council of Australia, the Australian Competition and Consumer Commission and the federal government.

Chris Norton, who has a contracting business at Bordertown, SA, said he had a policy that was cancelled in early September.

He said he had two harvester fronts, a brand new tractor, work utes and a trailer.

Some of the equipment was insured by one company and the rest with the other insurer, who cancelled the policy.

"I just want to deal locally, with my local broker, and have it all in the one basket.

"But if I am forced to get quotes elsewhere and they come in with ridiculous premiums, that'll be the end, there is no point in going forward."

He said he had been approved to buy a new harvester, but he didn't go ahead due to insurance uncertainty.

"If I was to upgrade to brand new, my premium is going to be three or four times what I am paying now."

Contract harvesters had to declare where they were going and what they were harvesting.

"If you are 1000's of kilometres away from where you say you are, there is a lot of explaining to do," he said.

Good seasons and prices meant that there still appeared to be a future for contract harvesters.

"But then you get these kinds of things you are up against, you wonder really what is the future?"

"Excessive price spikes also impact grain producers because these additional operating costs are passed back down onto our bottom lines, rather than being absorbed wholly by contractors," Mr Large said.

"GPA will continue working with the Australian Custom Harvesters to gather more data and fresh analysis on this issue to take appropriate action and ensure a fair and transparent system for growers and contractors."

ICA spokesperson said global insurance was currently in a "hardening market", which meant access to capital had become constrained, and underlying costs were rising.

"While insurers do everything they can to keep premium costs down, these rising underlying costs are inevitably felt by policyholders, the spokesperson said.

"The insurance industry recognises that many business sectors, including agriculture and farming, face challenges accessing the insurance they need to operate.

"But at the same time insurers themselves are under pressure to provide a profitable product so solutions are often difficult to determine."

The ICA had commissioned an independent strategic review of commercial lines, which found any solution would require collaboration and goodwill between the insurance sector, business sectors, and governments.