Light cattle sold to 867c/kg and Euros to $2641 at Warrnambool on Friday as a large crowd jostled for numbers. 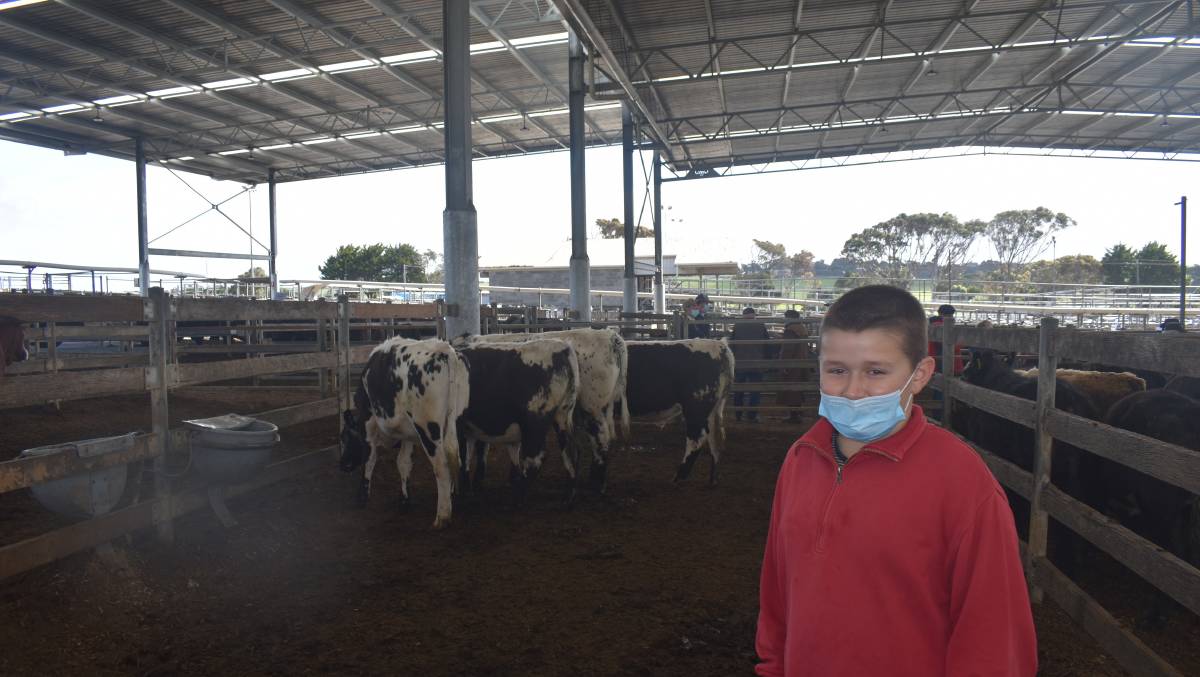 There was a good yarding of 1310 head of cattle at Warrnambool last week for the monthly store sale, where light cattle prices continued to rise.

With an exceptional season in the region there was plenty of demand for all categories of stock with feedlots, processors and grass finishers present, as well as orders for heifers to go back to the paddock.

Buyers were keen to purchase numbers with the spring weather increasing feed availability in the paddocks.

Nutrien agent Philip Keane said the sale was exceptional and with the recent rains of 30-40 millimetres in the past week, it would get better.

"And [there was] not a lot of difference between the heifers and the steers.

The market for crossbred steers was quoted at 480-554c/kg, as demand from producers with feed clashed with feedlotters and processors.

Springing Simmental heifers to calve in mid-November made $3750.

Mr Kelly said the heavy rain on the weekend and early in the week had meant some vendors were unable to transport cattle into the yards.

He said given the market, those that missed out were very disappointed.

Tim and Paris Carter, Fairview, Purnim, sold Hereford cows with calves at foot that made to $4000 and two pens of Simmental heifers, due to calve in early November, for $3050 and $3750.