Fleece traits and production data are rapidly growing the client base of Hynam Poll Merino stud at Longwood. 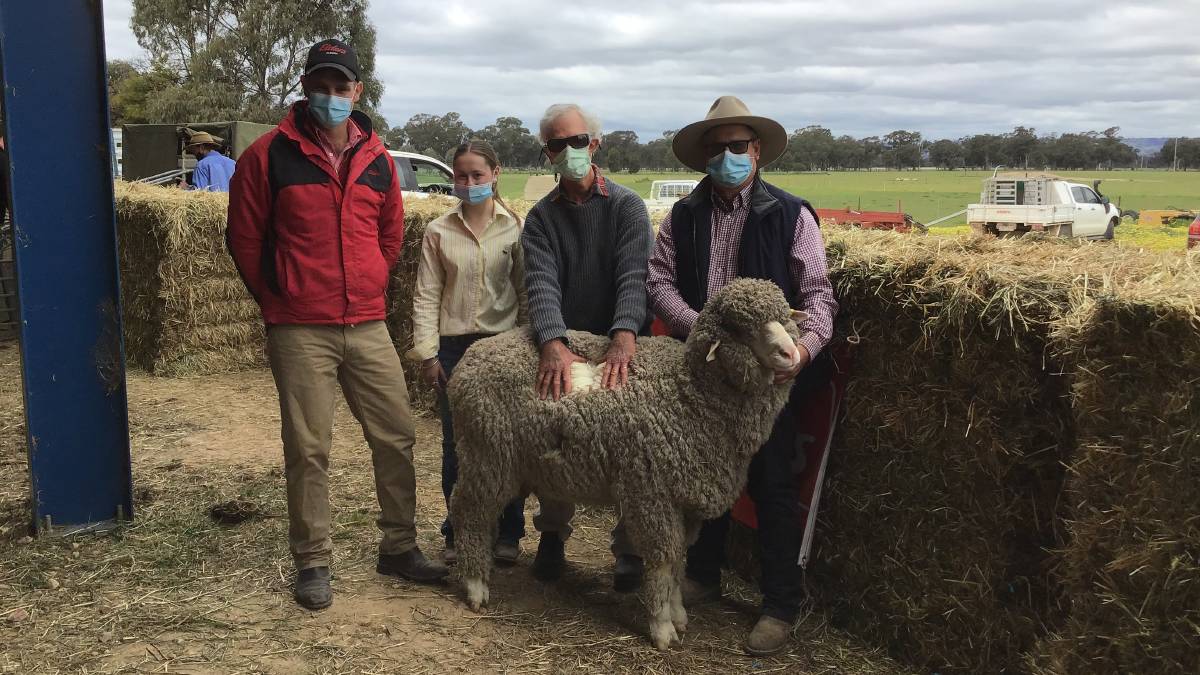 FLEECE traits and production data are rapidly growing the client base of Hynam Poll Merino stud at Longwood, where 44 of 48 rams sold to a high of $4000 at its fourth annual on-property auction on Wednesday.

But it was the sale average jump of $500, year-on-year, to $1763, which truly reflected the growing client support - just five years since the stud relocated from the Mallee.

"We are also making some mileage when it comes to fat, muscle and growth," Mr Hynam said.

"We have been focusing on our breeding values, increasing our wool cut and doing ability here at Longwood, and we've made some good gains with the whiteness of the wool.

"All rams are non-mulesed and able to do a six-month shearing."

The stud's production qualities attracted the 25 successful bidders to the physical auction, including four virtual bidders through AuctionsPlus.

"We are really pleased with the increase in this year's sale and the amount of new, local buyers," he said.

The top-priced ram was the second lot of the sale, at $4000, bought by new client, James Dunn, J & P Dunn, Creightons Creek, who selected the Ridgway Advance 170116 son for his depth of body and soft-handling SRS-style wool.

Mr Dunn said the ram's wool yield and quality would fit into an eight-month shearing schedule and contribute soft-handling wool to the flock.

Volume buyer at the sale was Gordon Addlem, Bathurst Downs, Serpentine, who purchased five rams for an average of $1680.

New client, David Freeman, Whiteheads Creek, was drawn to the data performance of the stud, as well as the plain-bodied type and wool crimp.

"It was a very positive sale and great result with plenty of competition across the board on the rams," Mr Bennett said.