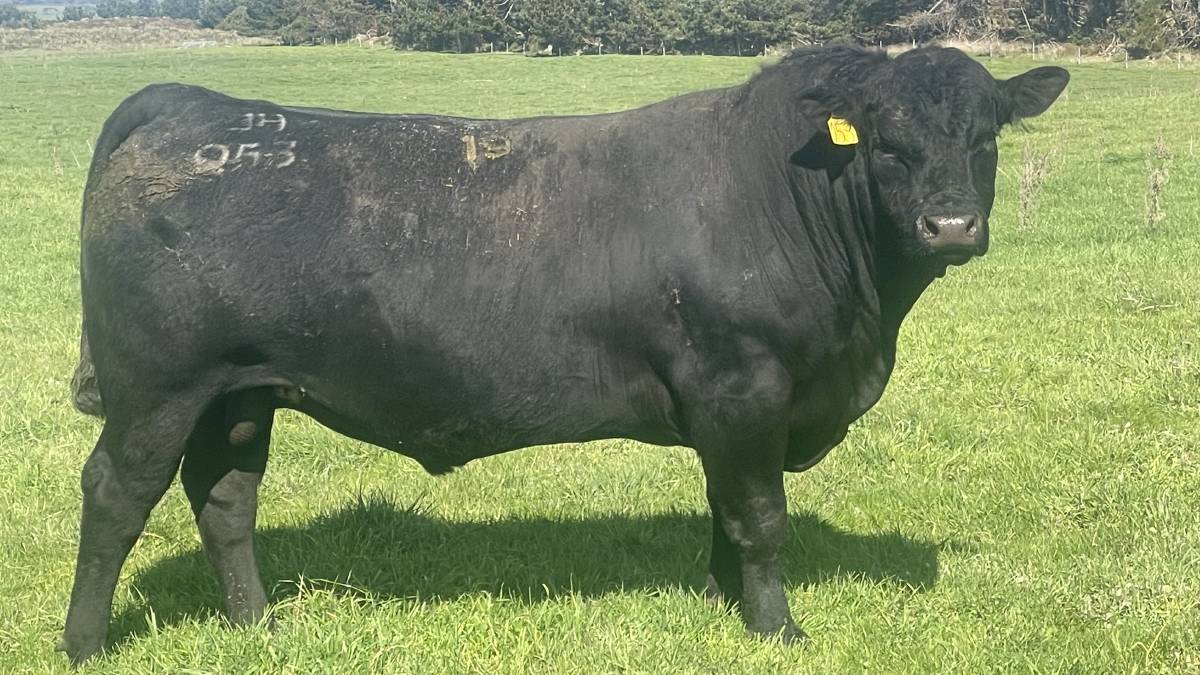 TOP SELLER: Quarterway Quantum Leap was one of two bulls, which sold for $16,000, at the stud's inaugural spring sale.

In a near-total clearance at its inaugural sale of yearling and two-year-old bulls, the stud hit a top price of $16,000 twice.

"We sell quite a few bulls out of the paddock, so we just thought we would have a spring sale and give everyone an equal opportunity on them," stud co-principal Trevor Hall said.

"We have just tried to bring them up on oats and grass, so they are work-ready and not over or underdone."

He said the sale was held at Waterhouse as the Quarterway property at North Scottsdale, was too wet.

"Everyone wants good feet and that's what we have been concentrating on."

He said it was one of the best winters the area had experienced in many years.

Sired by Peake's Lad K638SV, he was out of Quarterway Lashonda L138.

The April 2019-drop bull., also bought by the Poulsens, was sired by Wattletop Moonshine, M42SV, out of Quarterway Marybeth M165.

John Poulsen, whose family has properties on King Island and Tasmania, they'd moved from Queensland in the last few years and were looking to build their herd.

"It was mainly frame size we were after," Mr Poulsen said.

They relocated from St George, to "get a bit of reliable rainfall'.

"We are building our numbers, he was a quality bull, his temperament was good and he is structurally correct."

The bull would go to the Poulsen's Cape Portland property.

"We were volume buyers too, picking up six bulls."

"I think buyers are looking for bulls with a bit of muscle, shape and performance," Mr Gibson said.

"The majority are regular buyers, they know Quarterway's cattle well and know they perform for them."