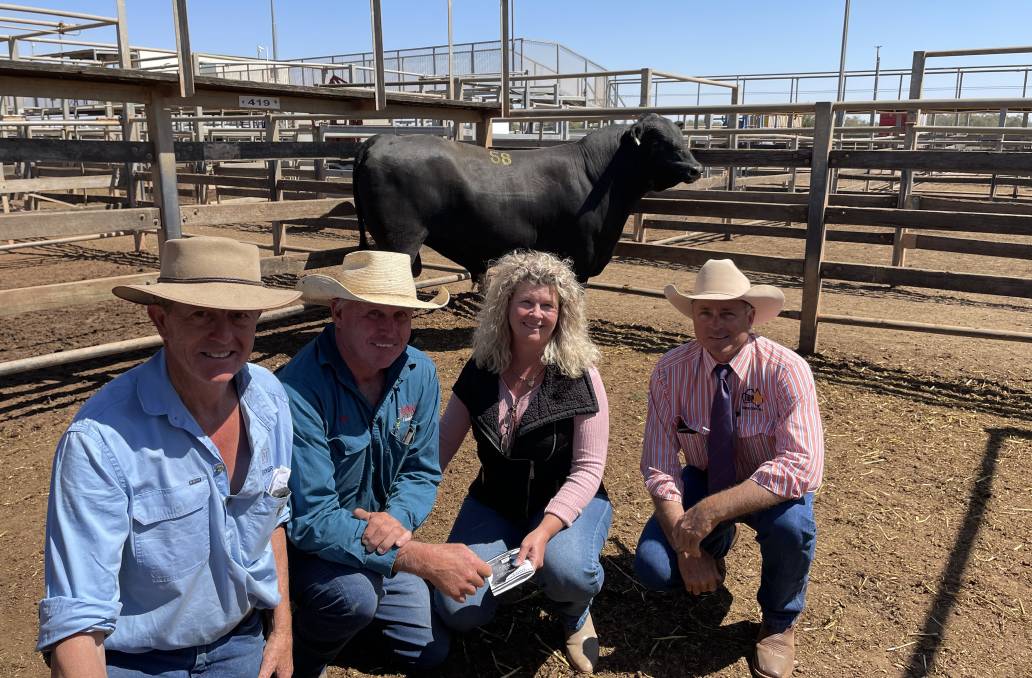 Angus bulls met strong demand at the Roma Saleyards for the 2020 Pathfinder sale.

More than 50 commercial producers registered their intent to buy at the annual Pathfinder Angus bull sale in Roma today in what was one of the last opportunities to secure black genetics in western Queensland this season.

Sustained demand throughout the sale saw the entire draft of 92 bulls sell under the hammer, averaging $13,326 and topping at $25,000.

The 25-month-old bull is showing no sign of slowing down in terms of growth, weighing in at 958 kilograms. He measured 39.5cm in the scrotal circumference and had an EMA of 140sq.cm.

Garth Q1155 is out of an impressive Pathfinder dam who has produced over 62 progeny to date. Two of his full brothers have been retained in the Pathfinder stud herd.

Mr Johnson, who also operates the well-known Dulacca Transport, said the bull would be used in their commercial Angus herd at Dulacca.

Described as an "exceptional heifer bull", Phoenix R641 weighed 674kg, had a scrotal measurement of 40.5sq.cm and was in the top 5pc of the breed for calving ease, growth, fertility and fat.

The Freeman family, Meeleebee Downs, Wallumbilla put together a good run of low birthweight bulls, buying six for an average of $13,000 while the Perrett family, Farmleigh, paid an average of $14,000 for their six bulls.

Nick Moyle traveled from the stud's Victorian base for the sale and said he was delighted with the strength of demand.