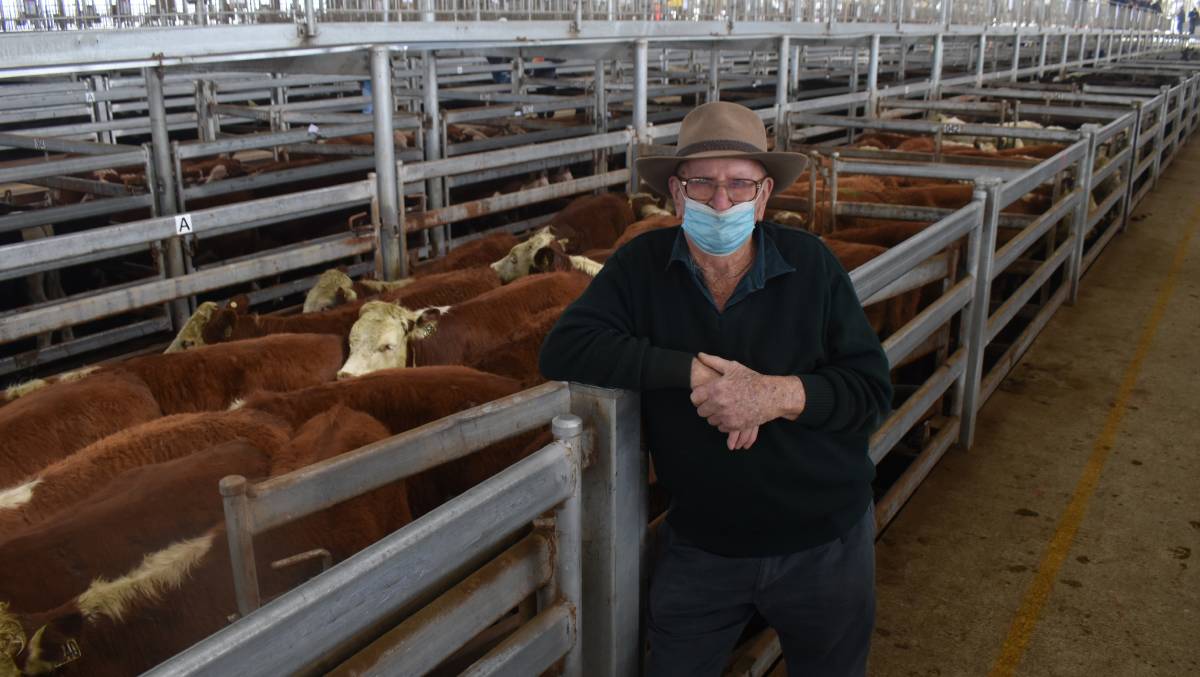 BUYERS from across three states competed strongly for a yarding of 4415 cattle at the Western Victoria Livestock Exchange's monthly store sale at Mortlake.

WVLX Agent's Association President president Matt Baxter said grown steers saw a number of feedlotters "get stuck into them", with most making around 580-600 cents a kilogram, or up to $3000 a head.

As the weights came down feedlotters with access to grass until Christmas competed with locals as well as SA, NSW and Gippsland buyers.

On the heifers the sale was extraordinary, with grown heifers attracting feedlotters as well as orders for heifers to "go back to the the bull".

One of the features of the sale was the offering of Angus/Limousin/Friesian-cross cows second to fourth-calvers, with six to eight-month-old Speckle Park calves at foot, forwarded by Tony and Angie Evans, Camperdown.

A draft of steers from Ellingerrin Pastoral, Inverleigh, saw a pen of 38 Black Baldy steers, 501kg, sell for 585c/kg.

The heifer portion comprised 30 that weighed 414kg and made 590c/kg.

Fifteen Charolais-cross steers from the same vendor, 510kg, made 536c/kg.