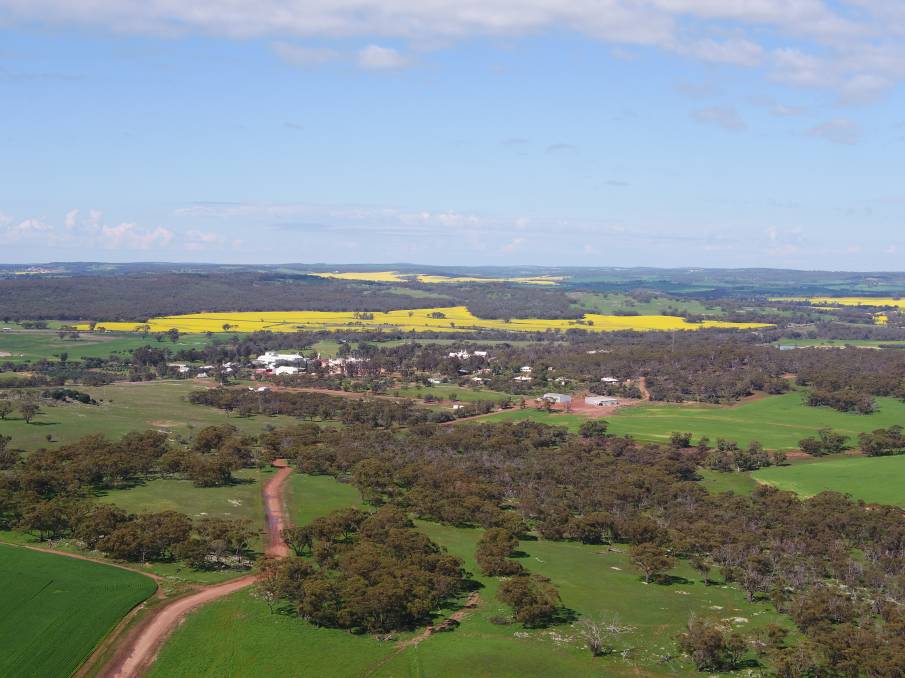 Some of Western Australia's most prized and historic farmland has come on the market, with the listing of New Norcia Farm, which is owned by the Benedictine community. Photos by Ray White Rural WA.

For the first time, the 'blue riband' farmland has become available for sale, representing a once-in-175 years opportunity.

WESTERN Australia doesn't get much more historic than New Norcia, which was settled in 1846 by a small group of Spanish-born Benedictine monks.

For the first time, the 'blue riband' farmland has become available for sale, representing a once-in-175 years opportunity.

New Norcia is Australia's only monastic town, but the listing only comprises the surrounding farmland, not the town itself.

New Norcia Farm spans about 8000 hectares, with an estimated 3600ha arable, in the renowned Wheatbelt region, known for its high rainfall of about 520 millimetres a year, quality soil types and proximity to Perth.

"The property's history and the fact that its land ownership dates back to the 1840s, tells a story all on its own," Mr Vaughan said.

"The long history is testament to the exceptional productivity of the land, with rich loamy soils and the availability of water."

The property has been leased for many years and Mr Vaughan believed that the vendors, the Benedictine community, saw this as an opportune time to sell the farmland, given the current strength of land prices.

It is being offered via expressions of interest and is expected to attract strong local and outside interest, both from families and corporates/ investors. The farmland surrounds the quaint New Norcia townsite, which is not for sale.

Mr Vaughan said there were some complexities regarding the various titles, which would lend itself to being purchased by one entity.

"It is the vendor's preference that it is sold to one buyer to allow for a more smooth transaction, but we will do what we can to accommodate interest from local buyers," he said.

"It's very likely that it could be purchased by a group of local farmers who form a syndicate and divide it among themselves."

He said the farmland had been well-maintained while it was leased, with fences and waters all being in good condition.

Over the past century the land was developed for cropping and grazing - nowadays it has more emphasis on cropping.

The property is watered by about 50 dams, a bore with a solar pump and a watering system which pumps to poly tanks and gravity-fed troughs, along with permanent frontage to Moore River.

Most paddocks have water from dams or are connected to the bore.

The property is designed for ease of management, consisting of about 50 paddocks which are serviced by good laneways and a road system.

Mr Vaughan said New Norcia Farm was a prime example of real estate agents' classic catch phrase 'location, location, location', with accessibility by arterial regional roads being a key selling point, including the Great Northern Highway which stretches from Perth to Darwin, providing easy access to the Muchea Livestock Centre, and the Gillingarra and Calingiri Roads.