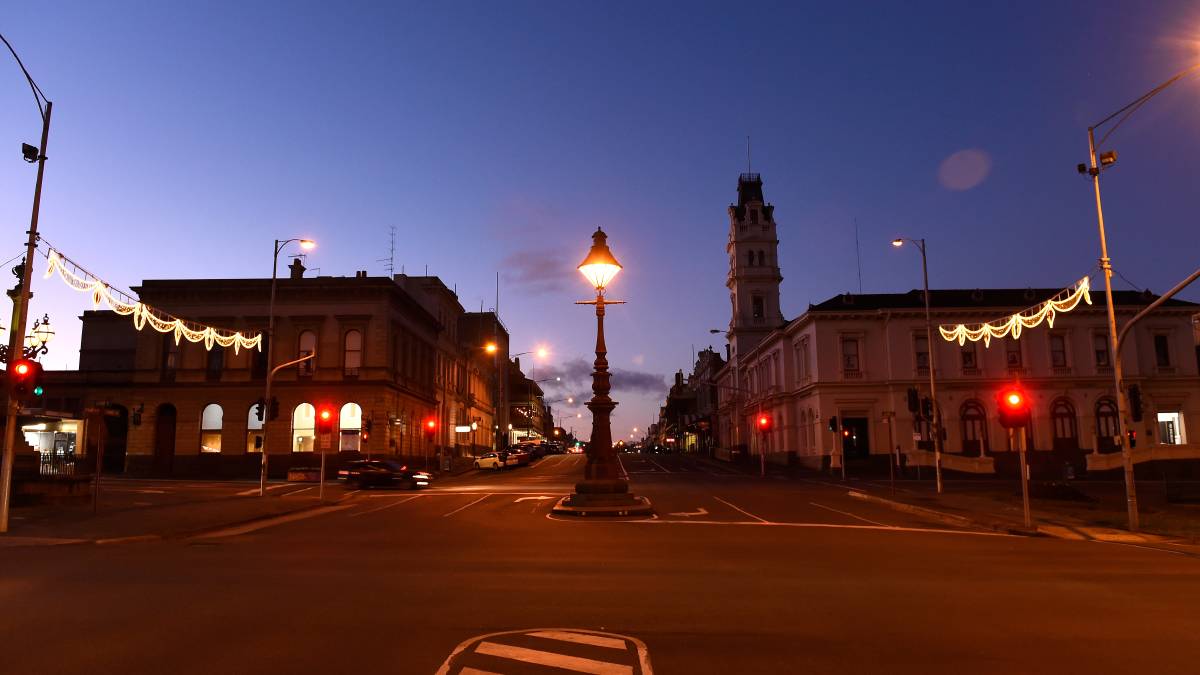 LOCKED DOWN: Ballarat will be plunged back into lockdown after less than a week of slight freedom.

Ballarat will be plunged back into lockdown after less than a week of slight freedom.

Ballarat will be plunged back into lockdown after less than a week of slight freedom.

It will last for at least seven days and the rules will be the same as we previously saw and the same as metropolitan Melbourne.

There have been two additional cases overnight, both household contacts of yesterday's case that was announced.

There will once again only be five reasons to leave home.

Making the announcement, Mr Andrews said there had been a number of detections of the virus in Ballarat's wastewater that had not yet been accounted for.

"It is not the news Ballarat wanted to hear but it's the decision we need to make," Mr Andrews said.

Meanwhile, it was a completely different tale in the Goulburn Valley when Mr Andrews announced Greater Shepparton would emerge from its lockdown after the northern Victoria town faced a similar outbreak last month.

"Credit to the people of the Goulburn Valley and I pass on my thanks to each and every one of them," he said.

"They have done an amazing job."

The story Ballarat to enter immediate lockdown as Shepp emerges first appeared on The Courier.