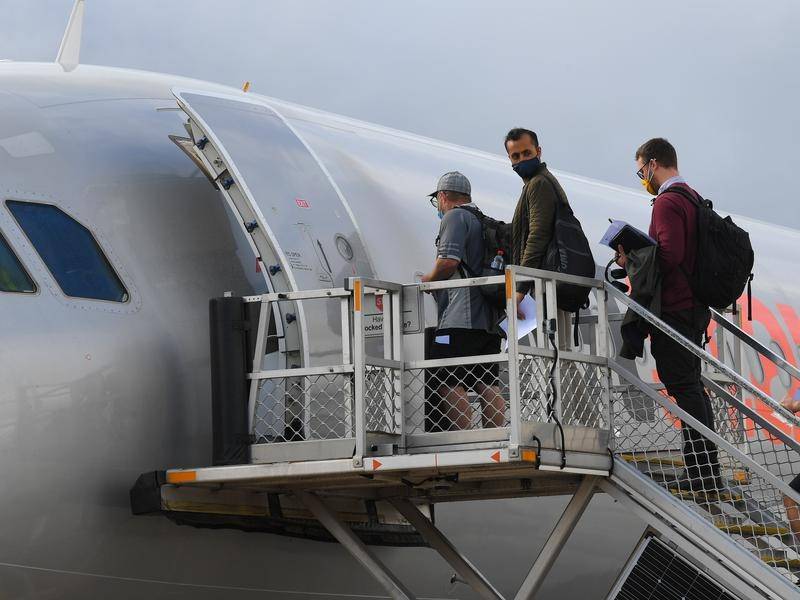 The Victorian investigation will examine the discretion used for interstate travel exemptions.

Victoria's ombudsman is investigating the health department's handling of border exemptions after more than 80 stranded Victorians have complained to the watchdog.

Victoria's ombudsman is investigating the health department's handling of border exemptions after more than 80 stranded Victorians have complained to the watchdog.

The investigation will examine the department's use of discretion when it comes to decisions about interstate travel permits, exceptions, exemptions and relevant human rights considerations.

Among Victorians who have complained are children wanting to be with their parents after their school in NSW closed and a woman who became stuck in NSW after a funeral.

It comes after Victoria closed the border to NSW on July 9 after declaring it as an "extreme risk zone".

Victorian Ombudsman Deborah Glass said cases of Victorians trying to get home had been raised with the state's health department and several have been resolved.

However, some complaints are continuing "raising potentially systemic issues about departmental decision-making".

She said it would be important to probe whether balance had been "fairly" assessed in decisions to grant border permits.

"The situation is increasingly urgent with the extended lockdown. Some people are telling my office they face effective homelessness, stuck interstate with nowhere else to go," she said.

"Cases that have come into my office have raised concerns about the exercise of discretion under the relevant public health directions.

"This will be a swift investigation to help the department identify if urgent improvements are needed in processes and decision making."

Nationals MP Peter Walsh, whose electorate runs along the border with NSW, welcomed the ombudsman's investigation and said his office had received "thousands of calls from Victorians at their wit's end" who want to come home.

"People are going to great lengths to get home, with many choosing to self-isolate in COVID-free border communities for two weeks even before they apply for an exemption," he said.

The investigation will be completed by the end of this year and tabled in parliament.