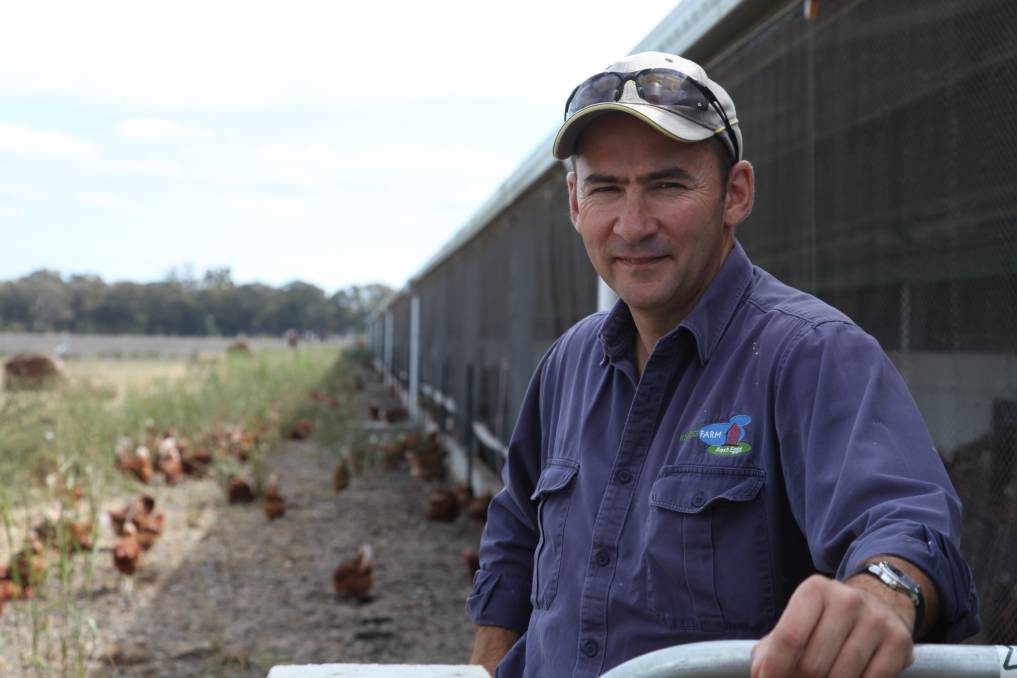 A look at why the popularity of egg farmers has increased.

Aussie egg farmers say a quick and robust response to meet consumer demands has ultimately led to a rise in trust and support for the country's egg industry.

Research by Voconiq commissioned by Australian Eggs shows 65 per cent of the 5900 people surveyed believed the industry acted responsibly, while 70pc of people agreed COVID-19 had helped them understand the importance of a safe and reliable egg supply.

"Twenty years ago we had 5 per cent of free range eggs, whereas today it's 45pc," he said.

"It shows the industry is listening to their customer base and when you act in response to their requests over time, that builds a level of trust."

Mr Szepe oversees a dozen sites including at Euroa, Kinglake West and in the Wimmera with his portfolio spanning 1.6 million birds.

About 70pc of his operation is free range, with 20pc in barn-laid cage-free systems and the remainder in enriched cages.

"Each Aussie buys on average five eggs a week or 250 per annum so it's embedded in our food and our diet," he said.

"When we had the pandemic and they mandated certain restrictions on key items at supermarkets, eggs were one of the five so I think that was very powerful."

According to the research, 70pc of Australians see eggs as a more sustainable choice compared to what they used to, while 79pc agreed the egg industry maintains higher standards of hen welfare compared to previous years.

He said the trend towards free range eggs had been very strong, but 50pc of Australians were still classed as "price buyers".

"Will they pay more for that additional welfare outcome - I don't know," he said.

"It will all be driven by peoples' preparedness to buy and pay a premium for free range eggs."

Australian Eggs managing director Rowan McMonnies said: "It's great to see that close to nine in 10 (88pc) Australians support egg farming after weighing up the benefits and costs of the industry."