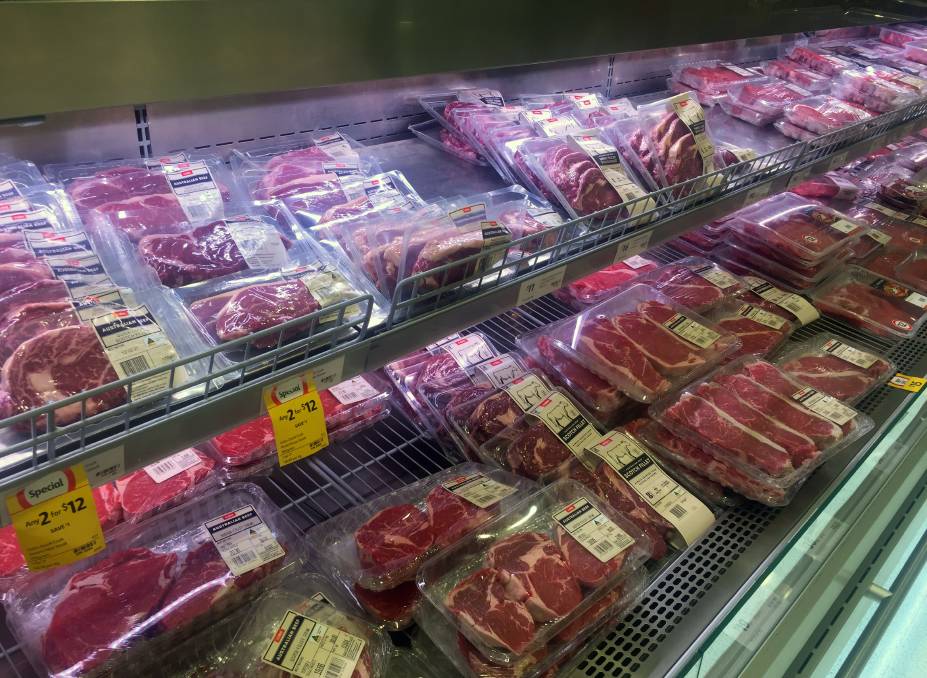 The rise of alternative protein products is causing food labelling dilemmas all around the world, not just in Australia.

The initial effort to get the warring parties in the fake meat debate to sort out labelling issues failed at the first hurdle.

The initial effort to get the warring parties in the fake meat debate to sort out labelling issues failed at the first hurdle.

The Federal Department of Agriculture called a meeting on September 29 last year between both sides of the debate to "share their views about the labelling and marketing of plant-based alternative foods to consumers".

Those representatives of plant-based protein manufacturers and mainstream livestock groups agreed to establish a working group to investigate whether labelling and marketing of plant-based alternative foods could be improved.

The working group reached an impasse at its final meeting in March when it "could not come to a consensus decision on a preferred way forward".

The department laid out this failure in a publicly aired submission to the Senate inquiry into meat labelling which will hold further public hearings on Thursday and Friday this week.

"The lack of consensus in the working group reflects the highly contested and, at times, emotive nature of this issue," the department states.

The submission said issues considered by the working group "have not been tested across Australia's animal and alternative protein industries more broadly, or the government".

The Minister in charge of the department, Agriculture Minister David Littleproud, has made his position more clearly than his department.

Mr Littleproud publicly chided the the CSIRO for promoting plant-based meats in online dietary advice for children where it recommended they choose plant-based food over red meat in a national campaign.

Mr Littleproud said red meat was an important part of any balanced diet.

The department's submission was less strident in its support for either side but set to lay out the facts.

"Clear food labelling benefits the agricultural sector by allowing market participants to compete for market share in a fair and transparent manner, and to differentiate their product," the department said.

It said there were a range of approaches (from regulatory to non-regulatory), which can facilitate clarity in food labelling for consumers.

"Regulatory approaches could include consideration of whether more prescriptive labelling requirements can be prescribed in the Code or consumer law," the submission reads.

"There could also be an opportunity for the plant-based alternatives sector to introduce its own labelling and marketing standards which could improve consumer understand and market presence of these products.

"These approaches could include consideration of the use of terminology, product claims and the use of imagery in the labelling and marketing of alternative protein products.

The department's submission said the expected growth in the alternative protein sector means consumers were likely to be presented with an increasing number of products that occupy similar (or new) utility to traditional animal products.

"Ensuring that existing food labelling and marketing laws are equipped to respond to changing consumer expectations and technological advancements is important across all agricultural commodities.

"The growth in the alternative protein sector means that there are now more products on supermarket shelves than ever before which seek to occupy a similar utility to traditional animal products but provide different nutritional and compositional propositions to consumers."

The department said Australia was wrestling with food labelling issues which were being debated globally as well.

"Some countries such as France and Canada, and some states within the United States of America, have sought to introduce restriction on the use of meat and dairy terms in the sale of alternative protein products."

The department said while plant-based and alternative proteins were rising in popularity global consumption of meat was projected to increase by 12 per cent by 2029.

Consumption of meat in Australia has been relatively steady over the last 40 years, the department said.

Beef and sheep meat consumption in Australia has been trending down since 1974-75 (the earliest date from which ABARES publishes data).

The fall in apparent consumption of beef and sheep meat has largely been offset by the increase in consumption of poultry and pig meat which the department agreed was a global trend.

"Proponents of the alternative protein sector state that it is in the best interest of plant-based alternative manufacturers to clearly indicate and advertise the plant-based origin of their products given the rising consumer demand for these alternatives," the department's submission states.

"They also state terms such as 'meat' or 'milk' are used to appeal to consumers who are seeking a plant-based alternative that claim to have similar utility or taste to meat and meat-based and dairy products while not wanting or being able to consume these products."