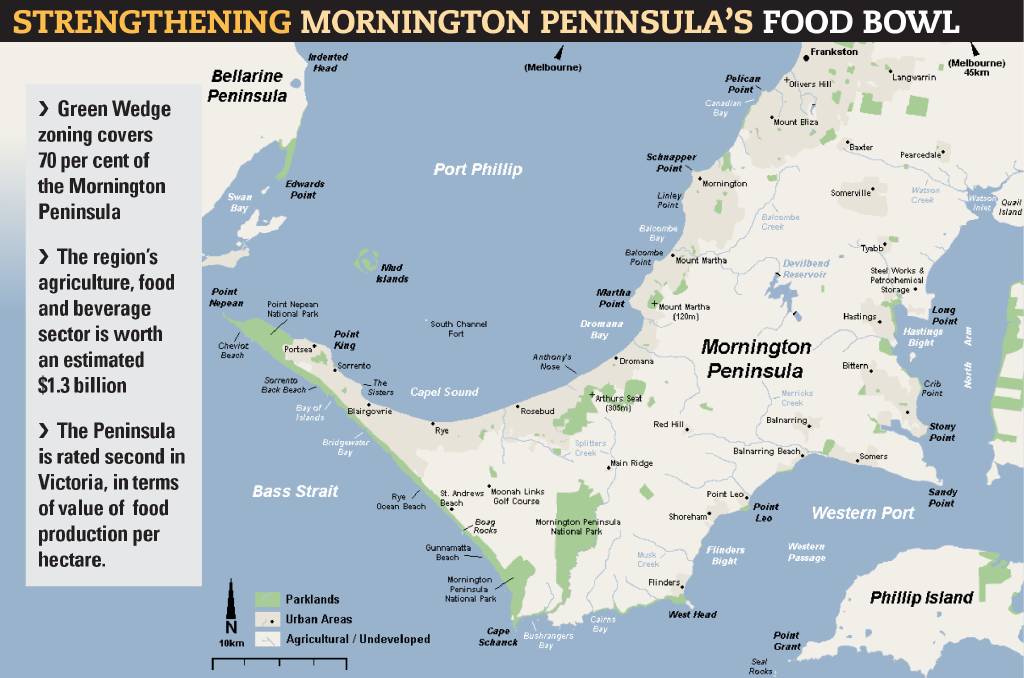 Mornington Peninsula may be the first Victorian council to embrace an agroecology strategy.

A Melbourne peri-urban council may be the state's first local authority to release an agroecology strategy.

It says it will drive sustainable growth in the food and beverage sector, while preserving and enhancing the ecology and biodiversity of the region.

"We want to make sure climate and ecology will be considered together, it's a long term vision for food and agriculture, on the Mornington Peninsula," Cr O'Connor said.'

"We don't want this magnificent food bowl going to rack and ruin, because of poor practices.

"it's driven by council's Climate Emergency plan and understanding sustainable practices will ensure food production into the future."

"Farmers are up for this."

Between March and November 2020, more than 150 people directly contributed to the strategy.

The draft strategy says the council recognises the importance of the food economy to the future of the community.

"It also recognises that we are facing an uncertain future due to climate change and shifts in global power structures.

"Central to this strategy is the need to chart a course to a more sustainable future."

The strategy points out consumers were increasingly seeking greater connection with who was growing their food, as well as where and how it was grown.

"The reality of climate change brings a raft of concerning issues for future food security.

"Long called for, transformational change in food production systems is coming, demanded in part by consumers and driven by climate change realities."

Cr O'Connor said a key part would be the revitalisation of the Mornington Peninsula brand.

"That's really to showcase what we have on offer here, and push that far and wide, so that the products that come out of the Peninsula are branded as such," she said.

"It's a little bit like the Barossa, (SA) I guess, in raising our profile, to that international level."

It's a little bit like the Barossa, (SA) I guess, in raising our profile, to that international level. - Despi O'Connor, Mornington Peninsula Shire mayor

Cr O'Connor said council wanted to make sure farmers in the region had access to support and information, to help improve sustainability.

"We do have small spaces, so trying to make the best of them is really important."

"A lot of the Green Wedge in Cardinia Shire has been lost, and a lot of the reason was because farmers just could not afford to go on.

"We can't afford to let farming go, we need food to be produced close to the city and where people live.

"If we lose this food bowl, we don't have anything in the south-east."