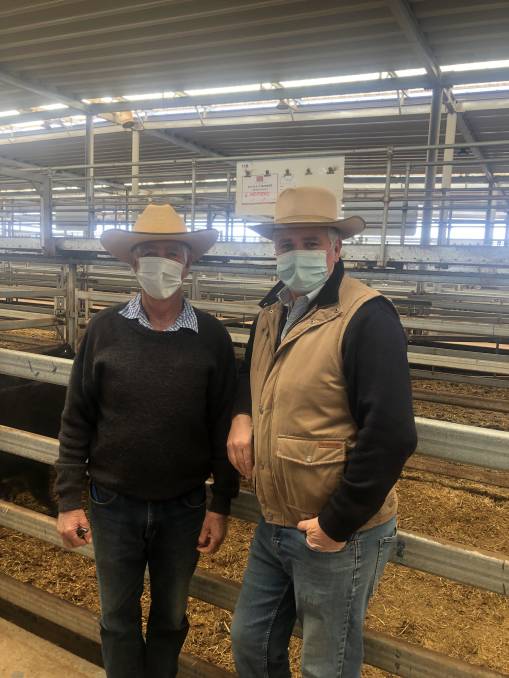 Agents commented that there may have been more buyers than cattle on offer at last week's Wodonga store sale, but the smallest yarding of the year, at just 600 head, attracted top prices.

Michael Unthank of Brian Unthank Rural said despite the light yarding, there were some handy cattle on offer.

"We expected the numbers to be pretty scarce this time of year, but especially this year with all the feed about."

Cows and calves reached a high of $3900 for 13 Angus re-joined four to five year old cows with three month calves at foot. They were offered by A and K Kirley, Bethanga, Vic.

There was only a handful of pregnancy-tested-in-calf females and they sold from $1860 to $2180 - paid for 12 Angus PTIC heifers, 528kg, offered by Scott McKimmie.

"Heifers have been tending to come back a little bit in the last couple of weeks but they didn't here," Mr Unthank said.

Mr Unthank said there was strong competition from feedlots, particularly Teys Charlton, along with local agents.

The story Wodonga steers to $2700 in light yarding first appeared on The Land.