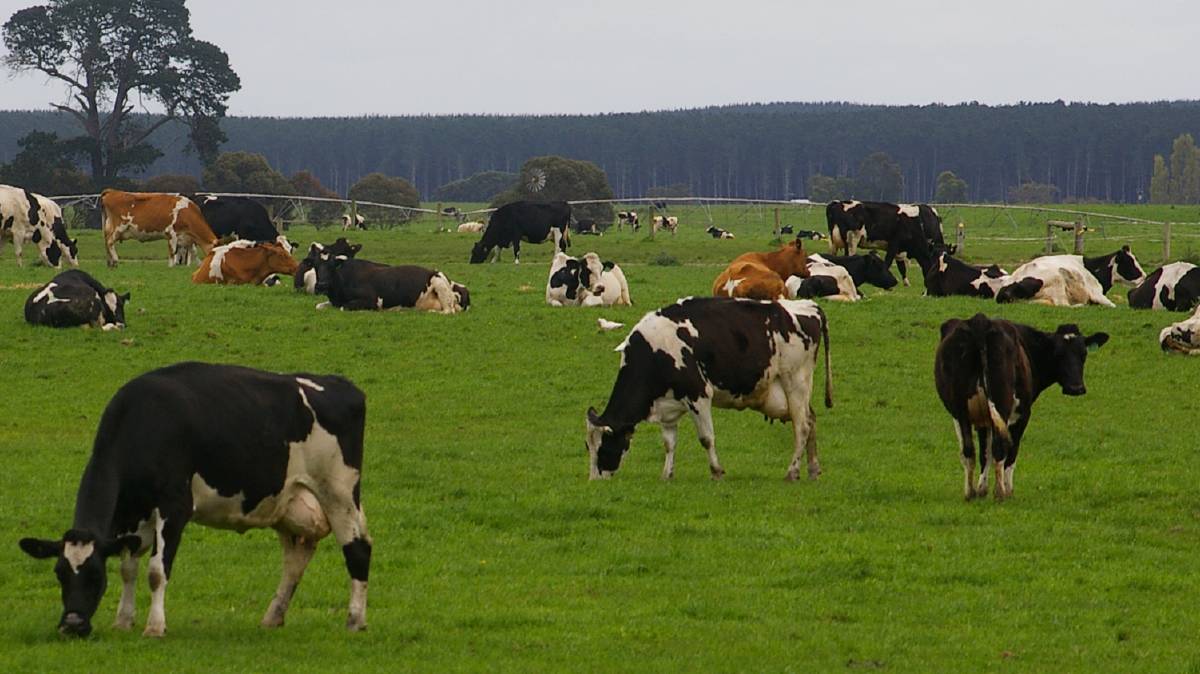 Most Australian dairy farms have returned to profitability on the back of near-record prices and a good season, according to Rabobank.

Most Australian dairy farms have returned to profitability on the back of near-record prices and a good season, according to Rabobank.

The bank's latest Global Dairy Quarterly report says farmgate milk prices remain on the "high side" across much of the world, as dairy demand has proven resilient in the face of the pandemic.

While cost pressures in some parts of the world, particularly the European Union and United States, have eroded margins, Australian farms are in a favourable position.

"Near-record milk prices, affordable purchased feed prices and supportive seasonal conditions have set many up for positive trading conditions ahead," he said.

While the cost of fertiliser has jumped, Mr Harvey said it had only had a "slight negative hit on farmgate margins", with the majority of Australian dairy farmers locking in near-record milk pricing for the current season.

"While this is broadly in line with the official farmgate milk prices range, it also takes into account the limited upside in global dairy markets for the remainder of this season.

"With the spring peak just around the corner, conditions on the farm remain very favourable with the latest seasonal outlooks pointing to average winter-spring rainfall in key production regions."

This also boded well for irrigators, with lower water prices and increased allocations as demand from competing crops subsided.

"Export activity remained upbeat throughout the first half of the year and as at mid-2021, dairy export volumes across most of the dairy commodities were higher than year ago levels," he says.

"With a large proportion of consumers in lockdown due to the Delta variant, the Australian consumer market is on a rollercoaster," he said.

"That said, pantry-loading seems to be less pronounced this time round and dairy consumption seems to be holding firm in the face of all this uncertainty."

The report said while some regional disruptions would continue to occur as a result of COVID-19 and uncertainty remained, the potential for major global demand shocks was limited.

The downside risk to the global dairy market would more likely stem from the anticipated slowdown in Chinese import demand.

With supply expected to outpace demand in China, as domestic production and inventories increase, the country's imports were expected to start to decline in the second half of this year, the report said.

"Global markets may be able to absorb lost sales through 2021, but pressure will be felt in 2022, initially in Oceania, but eventually rippling through global dairy markets," it said.

With prices heavily dependent on import demand, the "near-term peak in global dairy commodity prices is likely behind us".

Meanwhile, global milk supply had been on an "extended run of interrupted growth", which was set to continue, albeit at a slower pace.

"The growth rate has been sustainable without becoming overly burdensome on markets so far, but any slowdown in global demand would quickly lead to inventory build," it said.

The report cautioned while milk prices were mostly higher around the world, farm margins were mixed.

"High feed prices and general input cost inflation are a common thread, but the ability to withstand the cost pressures depends on the milk price," it said.

While "much of the world", including Australia, is "experiencing high enough milk prices to offset higher costs", margin pressure is creating headwinds in the US and EU.

"Persistent margin pressure has disrupted a year-long streak of increasing cow numbers" in the US while in the EU "milk prices are barely keeping up with the rising input costs".

There is little relief on the horizon for feed costs, it said, with poor US corn crops and the failure of Brazil's safrinha crop.

The report says that while "all eyes" will be on China as the global dairy market remains heavily dependent on import demand, there were other factors to watch.

These include ongoing logistic disruptions, inflationary pressures not only at the farmgate but along the supply chain, and the impact of the Delta variant, and new COVID-19 variants, on global economic growth.