SOME people are born to do a certain job, as was the case for shearers Tom Kelly and Max Gogel. 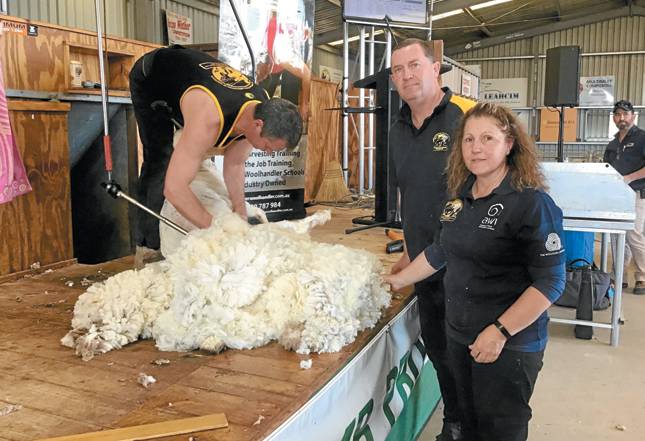 SOME people are born to do a certain job, as was the case for shearers Tom Kelly and Max Gogel.

Despite picking up a handpiece for the first time decades apart, their journey to the shearing shed started exactly the same way.

Star on the rise

Max Gogel's time as a professional shearer has only been a few short years but the youngster from Sherlock dreamed of becoming a shearer in childhood.

His father Craig was a shearer, and Max spent his days in the sheds with him.

"I used to take my teddy bears with me and shear them next to dad," he said.

"It was funny later when I was shearing actual sheep next to him."

Once he went to school, he was still working on his technique.

"When I was in kindergarten, I shore my teacher in the sandpit with a spade," he said.

"I loved sheep. I still do. I just loved the way shearers went about it."

"I sort of picked it up quickly because I had done it a bit before," he said.

During Year 11, he used to do days of shearing, and once he finished high school, it was straight into full-time shearing.

He shears 10 months of the year, then works as a farmhand for the remaining two.

Shearing was a tough job.

"It's the physical side, the day-in and day-out getting up early," he said.

"You have to be motivated. And there is a very good reward at the end of it.

"But the lifestyle is awesome. It's lots of fun. You get to work with your mates.

Max averages 180 Merino ewes a day, and can achieve 270 crossbred lambs in a day.

His skills also earned him a second place in the Karoonda speed shear.

He has many dreams for his future in the industry, including having his own industry and becoming a shearing instructor, having already started an instructing course.

"I would also like to go to Europe and England to see how they shear over there," he said.

And even in his time in the sheds, he has noticed a change in the catching pens.

"The Merinos seem to have less skin and more wool," he said.

"They are a bit bigger and a bit plainer. But also there are more crossbreds. There are not too many pure Merinos anymore."

Tom Kelly was born and bred on a sheep property at Kilmore in central Vic.

The shearing bug must have bitten him in the cradle, because from a tiny child, he was fascinated by sheep.

At eight or nine, he tried his hand at shearing - unfortunately he practised on Mick the Border Collie.

"As a kid, I used to get up early and go up to the shed before school," he said.

Tom started with crutching sheep and became a farmhand when he left school. In 1988, when he turned 18 and got his driver P plates, it was the middle of a wool boom.

"There was heaps of work, but not many shearers," he said.

"It was an opportunity to make money and travel, but there was also that incentive that if you worked a bit harder, you would make more money."

Tom decided to go shearing, and his mum was not impressed. After he began to think she was right.

"After a week or two of shearing, I thought 'what have I done?'," he said.

"It is physically and mentally demanding.

"You would go to sleep at 9pm, and five minutes later the alarm would go off.

"They were long days and quick nights. It is a really tough apprenticeship."

He did a lot of work in central Vic.

"It opened up a whole new dimension to the job," he said.

"You would meet up with different people at the competitions.

"We were keen to have a crack at the real guns, and see if we could knock one or two of them off.

"But it's important to challenge yourself, watch and learn, and accept the result."

When he was 20, he did a shearing course in New Zealand.

"We used to get the map out 10 kilometres from home, so it was a big thing for me to get on a plane. But it was an eye-opener to see how they shore over there." 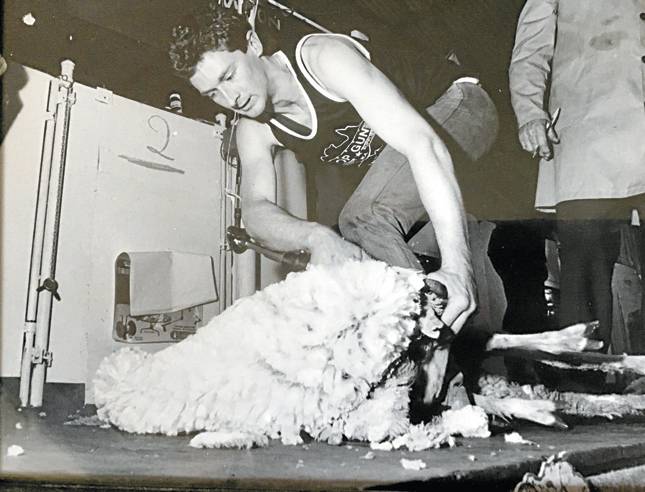 YOUNG GUN: Tom Kelly at 20 competing in the open shearing final at Badgingarra, WA, in 1990.

He also competed in WA.

"I was known for quality, not speed," he said.

Tom met Marion, a wool classer, through the sheds and they were married in 1998.

They travelled around sheds, working and competing.

Marion claimed the national wool-handling title, and went to the United Kingdom, where she made it to the world final, and finished fifth.

They settled at Kilmore, Vic, and had three daughters.

Then, in his early 30s, Tom was invited to an instructors workshop for training shearing and woolhandling.

"I never saw myself as a teacher in the early days," he said.

"I like the interaction of getting off the farm and being among the young people."

He developed a training network in central Vic through Shearer Woolhandler Training.

Marion also trained to be a woolclassing and handler trainer, and they taught in schools across Vic.

"I would do more follow-up in the workplace," he said.

"So I would go out onsite to where the student is shearing and work on all aspects with them, like tool preparation and shearing technique.

"There's a lot to being a trainer. It's your job to break it down into basic parts.

"It's about setting up the fundamentals of quality, working with animals and controlling the sheep, and comfort.

"Training and learning is so much more available. The tools and our knowledge of them has improved.

"And I'm also seeing a shift in the culture of young shearers looking after their diet and fitness."

He said the industry was dedicated to attracting and retaining young people with training, good wages

"It is hard, but it does create a lot of opportunities to work and experience the lifestyle."

The story A tale of two shearers first appeared on Stock Journal.