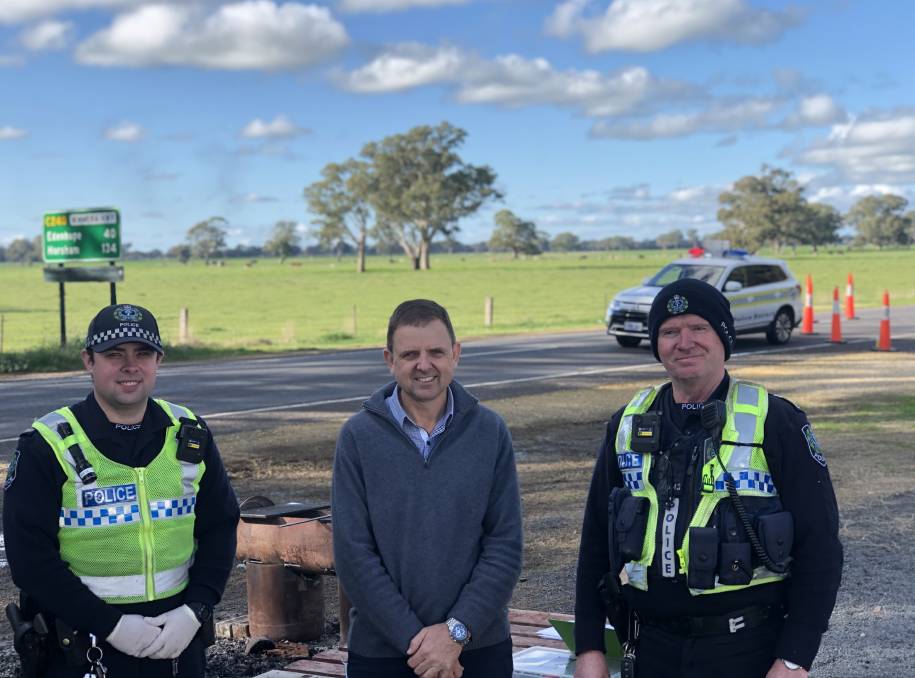 Cross border community members are breathing a sigh of relief after SAPOL clarified that mandatory vaccination would only apply to essential workers entering SA from Sept 24, not those living in the border bubble.

It has been a roller coaster week for those living on the Victorian side of the cross-border community zone with SA.

Last week, an amendment to the COVID Emergency Management Act 2020 put forward by Member for Mount Gambier Troy Bell passed parliament with the support of Labor, the crossbench and Member for MacKillop Nick McBride, who crossed the floor.

It will see a regional representative added to the Transition Committee that discusses restrictions, and in another win, most requests for health exemptions will be dealt with within 48 hours rather than weeks.

But within a couple of days, this good news was replaced by widespread confusion, with many members in the 70 kilometres east of the SA-Vic border interpreting SAPOL directive 45, put out on Friday night, as stating it will be mandatory for them to provide evidence of having had at least one dose of an approved vaccine by September 24 to gain entry to SA.

Cross Border Call Out advocate Paula Gust says she spent much of her weekend trying to get answers and was relieved to see the next SAPOL directive released on Monday clarify that the September deadline would only apply to essential workers.

"It was a balls up, it seems like the government wanted to take a strong arm approach," she said.

"This now gives people time to work out what they will do rather than having people not being able to go to work for three weeks because they are waiting for their vaccination."

SA Health has not ruled out mandating vaccination for those living in the border bubble in the future, saying it was concerned about how quickly the highly-contagious Delta variant could spread if a COVID-19 positive person entered the state.

SA Health says another 800 doses of vaccine a week will be made available to the Limestone Coast Local Health Network where some of these border community members are likely to book vaccination appointments.

Mr McBride says while he is a strong supporter of vaccination, he is not in favour of compulsory vaccination just to allow residents to go about their "day-to-day lives".

"If you want to fly on an aeroplane or if you want to come to Australia I understand that, but I can't say that I accept mandatory vaccination just to cross a line in the sand to go to work when COVID will hopefully only be with us for another one to two years," he said.

The rules were rolled out as if those living along the border were deceitful and not trustworthy when they are anything but. - Nick McBride, Member for MacKillop

Mr McBride says backing the amendments to the act was the least he could do for the cross-border community members who have been most affected by the ever-changing SAPOL directives.

"The rules were rolled out as if those living along the border were deceitful and not trustworthy when they are anything but," he said.

"We have seen them locked out when there were no regional cases only in Adelaide yet when concerns appear in Port Augusta and Ceduna we are not locking down Adelaide."

Mr McBride sympathised with the heavy work load that SA Health was under in relation to health exemptions but said it was unacceptable people were kept waiting, four weeks or even longer.

"People should not be left hanging and while SA Health is expediting serious medical conditions what is considered serious is a grey area, does someone that has found a skin cancer need to have it seen to now or in two weeks and does someone with a heart condition need a stent put in now or in four or six weeks time," he said.

Ms Gust says it is a positive step to appoint a regional representative to the Transition Committee, but the value of this would depend on who was selected.

"If it is just another bureaucrat it will be more of the same but if it is someone who stands up for the interests of the CBC it could be even better than a cross-border commissioner that we have been wanting for months," she said.

She says cross border community members deserve more respect rather than being treated as an "after thought".

"I get really unhappy when all the discussion at the media conferences is around 'can we dance at a wedding?' or 'can we stand up at a bar?'," she said.

"They need to put aside that most of their constituents live in Adelaide and look at the whole state and what impact their decisions could have on the cross border communities."

Emily Langford, Benayeo, Vic, hopes the day to day lives of those living along the border will be given more consideration with a regional representative on the Transition Committee.

"There has been a real lack of communication and clarity around the rules and when they have changed it has been hard to get the correct information," she said.

She admits she always considered the SA-Vic border, just 500m from her house, a line on a map until having to gain approval to head to her nearest town, Naracoorte where her children go to school and she works in aged care.

For seven months at one stage when Vic was in lockdown Mrs Langford could only head to Naracoorte for work and essential shopping.

"The rules have been really hard and the regular tests we had to have for months, yet how much of a risk were we really?, particularly those of us living on farms," she said.

Mrs Langford has been fully vaccinated for some time due to her job but is pleased that the SA government has not introduced mandatory vaccination for those CBC members with many in the zone still waiting for appointments.