Shots have been fired by all levels of government over the announcement that a quarantine facility will be built at Wellcamp, west of Toowoomba.

The agreement between the Queensland government and Wagner Corporation to build a regional quarantine facility adjacent to Wellcamp Airport was dubbed 'a very important milestone' by Deputy Premier Steven Miles, but the community, local and federal governments aren't happy.

The announcement on Thursday morning came as a surprise to Toowoomba Regional Council Mayor Paul Antonio, who was not invited to the press conference at Wellcamp.

"But in saying that, a decision has been made by the state government, they are legislatively able to make that kind of decision and I guess now the first thing I would ask is the state government visits Toowoomba as soon as they possibly can to give myself and my colleagues and this community an update."

Cr Antonio found out about the press conference by way of a phone call from one of the economic development groups in Toowoomba, asking if he had been invited to what was unfolding at Wellcamp.

"I happen to know a lot of things about the future of Toowoomba, some very exciting prospects that are coming our way, industry that's coming our way, and I naturally assumed that's what [the announcement] was," he said.

"I did ring the local federal member and he gave me the heads up, and then of course when I got back to my office my staff had been watching the TV, watching the announcement.

"It was very, very clear that we had been bypassed in the conversation and now we are having a quarantine facility being built here."

In response to the announcement, Cr Antonio said he clearly understands the concerns of many people in the Toowoomba area.

"You've only got to switch the TV on - today there's in excess of 1000 COVID infections in New South Wales, so COVID has the capacity to spread very quickly and I think anyone in Toowoomba who hears this news, naturally, would have some concerns about that," he said.

"The other thing I suggest to you is it will bring some economic benefit to Toowoomba and there will be some people who are certainly looking forward to that, but in saying all that, I think it is disappointing to me that we weren't brought on this journey.

"I would have been really pleased to share that, go on the journey and understand exactly what the state government had in mind.

"As a long-term, long-serving local government person, there's been a real lack of respect to this community and to myself personally, for me not knowing."

The mayor did however concede that a purpose-built facility was better than hotel quarantine.

"That's better than having a CBD hub in Brisbane in a hotel facility that's not set up for it."

"I hope the state government is prepared to listen to some of the concerns of Toowoomba," he said.

"I would suggest also to [the community] that it's too late, this will happen.

Mr Miles said the design and operation of the facility would be very closely modelled on the 'very successful' Howard Springs facility in the Northern Territory.

"It will be purpose built based on the learnings from that facility, therefore the infection control can keep our staff, the other people in the facility as well as the local community safe," he said.

"In fact, much much safer than non-purpose-built hotel quarantine accommodation where we currently have people.

"There will be a mix of single, double and family accommodation in cabin style with balconies, and importantly no hallways adjoining rooms which we have seen as vectors in hotel quarantine for the virus." 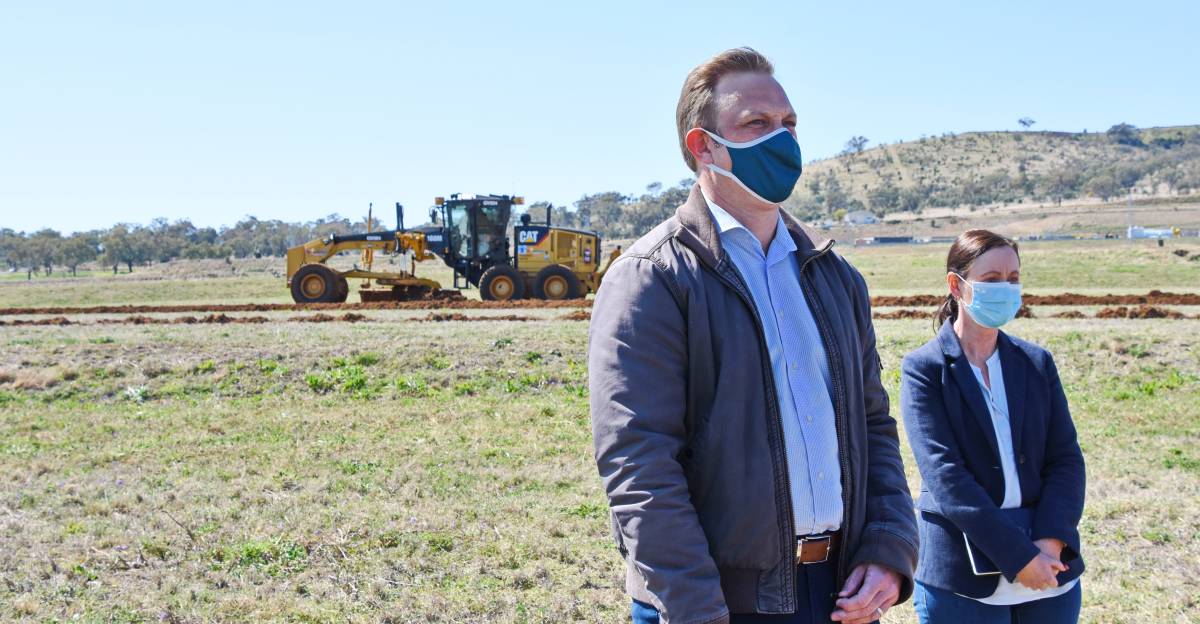 Deputy Premier Steven Miles dubbed the Queensland Regional Accommodation Centre a 'very important milestone', while Health Minister Yvette D'Ath believes the facility should have been built months ago "when we asked the Commonwealth to partner with us and the Wagners". Picture: Hayley Kennedy

Mr Miles said they would continue to work through the details of the health and policing model that would be implemented at Wellcamp.

A game of politics

In January, Queensland Country Life exclusively revealed Wagner Corporation and the Queensland government were in talks to build a quarantine hub.

The state government put the proposal to the federal government in a bid to have the project funded at the federal level, and from there 'a game of politics' ensued. Premier Annastacia Palaszczuk and Wagner Corporation chairman John Wagner have been in talks about a quarantine facility at the Wellcamp precinct since January. Picture: Hayley Kennedy

Prime Minister Scott Morrison eventually put the kibosh on the idea over allegations that the proposal for the facility lacked important 'detail' surrounding medical services and cost, and instead committed funding to a facility at Pinkenba.

Cr Antonio believes "there's a fair game of politics being played here", while Mr Miles has fired a shot at the federal government by saying "the work has started now, it's time for the politics to end".

"If this had been built months ago when we asked the Commonwealth to partner with us and the Wagners, we potentially may not have had to make the very difficult decision that we made yesterday to pause people domestically coming into hotel quarantine for a couple weeks," she said.

"But now we can move forward and we have this great facility that already construction is underway."

Ms D'Ath pointed to modelling from the Doherty Institute which 'has been talked about a lot' recently.

The lack of love between the state and federal leaders was clear throughout the press conference, but came to a precipice when one reporter asked Premier Annastacia Palaszczuk if the Prime Minister knew about the announcement.

"I'm quite sure he does now," the Premier responded.

Shortly after, the Prime Minister was asked about the announcement in his own press conference.

His response to the news that the Premier would fund the facility because his government wouldn't: "Well, she's been at liberty to do that for months."

"We've made it very clear that that facility did not seek to meet the national guidelines. And that's why we're going... forward together at Pinkenba," Mr Morrison said.

"But the Queensland government was always in a position to go ahead with that facility, if that's what they wish to do and to have people quarantine there rather than in hotel facilities.

"That is entirely a matter for the Queensland government, and they've made that decision.

"They could have done that months ago if that's what they wished to do. But good for them, and I wish them every success."