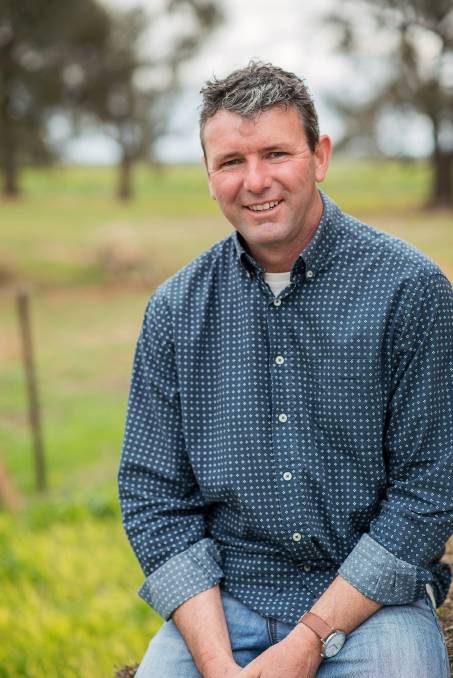 Stop the bickering over quarantine.

That's the message to federal and state governments from farm sector leaders, desperate to get workers into the country.

They say quarantine is the main sticking point to the introduction of the new Australian Agriculture visa, which responds to workforce shortages in the agriculture sector.

"The elephant in the room is this continual bickering, or lack of co-ordination, between state premiers themselves and the federal government," GrainGrowers chairman Brett Hosking said.

"I think most of agriculture is starting to get a bit over it by now - they are a like a couple of neighbours, shouting at each other, over the fence."

I think most of agriculture is starting to get a bit over it by now - they are a like a couple of neighbours, shouting at each other, over the fence. - Brett Hosking, GrainGrowers chairman

He said one answer was workers quarantining on farms, something the federal government was comfortable with.

"What we really need is for all the premiers and state agricultural ministers to get in the room and come up with clear, consistent and agreed rules that they will stick to."

Mr Hosking said while the visa would widen recruitment opportunities for an uncapped number of low to highly skilled workers from ASEAN countries it would not help with this year's grain harvest.

"Our understanding, from discussions with (federal Primary Industries Minister) Mr Littleproud, is that it will be expanded to northern hemisphere countries, such as the UK, and anyone we have a bilateral agreement with.

"But the September 30 deadline is a real challenge for us, given that its more than likely headers will be in action in Queensland at that point.

"By the time you actually source workers, bring them in under the visa and quarantine them, they are not likely to be working until Christmas time."

He said while northern states may miss out on workers this season, it was a positive step, long term.

"It's not a wasted effort."

In Victoria, Mr Hosking said he was confident university students, who were not able to travel, could fill some of the positions.

Victorian Farmers Federation president Emma Germano was incredulous at what she said was having the same conversations around restrictions that were held 12 months ago.

"Why are we always in crisis mode?" Ms Germano said.

"What we are all looking for now is a roadmap out of this mess, and we've not been provided with that at any point."

She said it was the Victorian Premier Daniel Andrew's responsibility to make sure there was sufficient quarantine capacity.

"How can we possibly be back at 'there is no answer' and everybody passing the buck onto someone else, in regards to responsibility," she said.

"We need them to work together to help with the availability of a workforce, to pick our fruit," Mr Crisera said.

FGV was fully supportive of the new visa, particularly provisions opening up the potential to permanent residency, which would help regional areas.

"Just sort it out, work to a plan together - we want to make sure the program runs at some sort of capacity."

He said it was too early to fully gauge how short of labour the industry would be, because it depended on crop loads.

"There are pretty much no backpackers at the moment, whereas this time last year, there were still backpackers left in the country," he said.

"We have identified, just for the Goulburn Valley, we will need about another 2000 people."

The visa would complement the Pacific Island program and seasonal worker programs.

"We just don't want any passing of the buck, we want governments to work together."

Australian Fresh Produce Alliance chief executive Michael Rogers said quarantine was shaping up as the biggest challenge for the industry.

Queensland and Tasmania had led the way in supporting the industry, with quarantine arrangements and capacity, including on-farm quarantine.

"I think quarantine has been the responsibility of the states," Mr Rogers said.

"There's been 10,000 from the Pacific have arrived in Australia, since September, through state-based quarantine.

He said there had to be a sensible and practical solution to meeting all health requirements to provide quarantine capacity.

"Queensland has done a tremendous job with on-farm and hotel quarantine and the investment with Wagners, they are really driving a way forward."

He said it would not be "one size fits all.'

"But we just need to expand capacity."

It was probably not physically possible to bring in thousands of people immediately.

"There's the organisation of flights, quarantine and accommodation, those people have to leave their home countries under some sort of arrangement, so we are probably looking at starting as soon as possible.

"But we need to start building a pathway and the capacity, framework and structure."

University of Sydney Law School Constitutional expert Professor Anne Twomey said the Commonwealth had the power to make laws, with respect to quarantine, and could take responsibility for it if it chose to do so.

"However, it is not an exclusive power, so if the Commonwealth chooses not to establish a comprehensive regime, or not to enact laws that are inconsistent with state laws, then state laws concerning quarantine will operate," Prof Twomey said.

"In practice, the interaction between the grant of a visa and the application of quarantine is a matter for the Commonwealth and the States to work out by way of cooperation."

She said in March 2020, the states took on the job of running hotel quarantine, as the Commonwealth was not doing anyhing.

"But when it came later to the question of constructing purpose-built facilities, the Commonwealth seems to have been imposing conditions, such as their construction on Commonwealth land, but that the states staff and run them," she said.

"The essential problem appears to be that the Commonwealth wants to assert control, but not take responsibility or actually perform the relevant functions."

She said the Commonwealth had full power to take charge of quarantine and had done so historically.