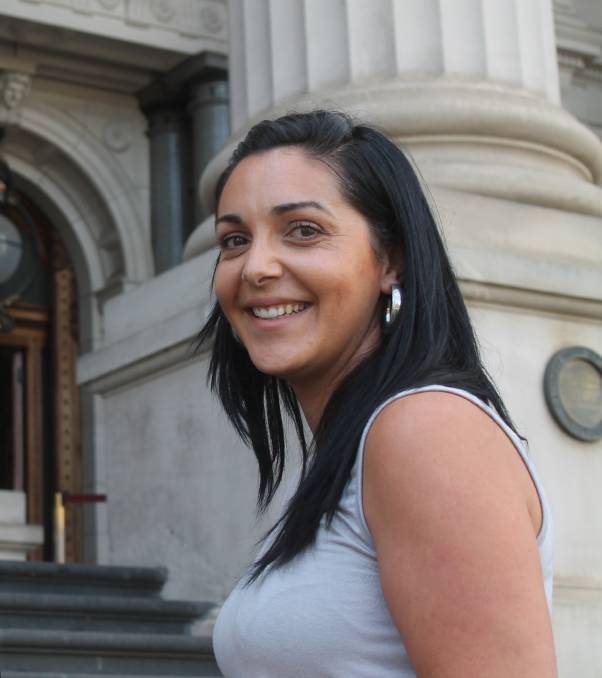 Victorian Farmers Federation president Emma Germano has urged primary producers to abide by the coronavirus permit system, despite the frustrations it's causing.

Under the latest COVID-19 restrictions, farmers and farm workers require a permit to travel to work, when moving between properties or going about authorised farm business.

"But, at the end of the day, we have just got to keep demonstrating our industry is willing to go along with the health restrictions, to reduce transmission."

The VFF talked to Agriculture Victoria, which operated at the behest of the health authorities, every day.

"They have heard our frustration, " she said.

"I think they largely understand that we are saying a lot of these health orders being put in place are arbitrary and don't necessarily do anything to reduce transmission.

"But we want to show we are responsible and that managing risk is something we do, for a living."

Ms Germano urged farmers to simply fill out the permit.

"Just go to your printer, print it out, put in your ABN and sign it for your workers." she said.

"It's supposed to be an acknowledgement we are an essential service and can continue."

"If you look at it, in comparison with other industries, it's at least been acknowledged agriculture is vitally important."

She said the section on the permit that required submission of hours was "largely irrelevant" to the sector.

Thanks for doing the hard yards. Keep it up! Perhaps if members fly the VFF flag on vehicles, maybe the authorities may leave them alone? Just an idea

Reg Holt has a mixed farming enterprise, with properties in the Wedderburn area, Powlett Plains and Kurting, has taken to marking his permit with the times 12:01am to 11:59pm, covering a period from August to November

He said that covered all eventualities, particularly as he was also an SES volunteer.

"We need to be able to go to Bendigo, St Arnaud, Wedderburn and Charlton for supplies and veterinary treatment, if required," Mr Holt.

"The provisions on the permit system don't allow sufficient space to identify all those locations we need to access, during the day, on an intermittent basis.

"We never know when we are going to need to access any particular location - we don't know what time we are accessing farming locations."

Stock could have escaped from paddocks or need immediate attention.

"We have sheep, on all our properties, who have a propensity to think the grass is greener on the other side of the fence," he said.

Mr Holt said he didn't carry a pen, or notebook, in which to make "jottings or notations".

"The permits ask where you are going, or what you are doing, in such fine detail that it's a nuisance," he said.

"These documents have been drawn up by city-centric bureaucrats who neither know or understand modern-day agriculture."

Buffalo. south Gippsland, dairy farmer Peter Young said he had to get three permits, one for himself and two for his workers.

"It's more the hours - for a dairy farmer you usually start milking at 5am but, depending if cows are calving, you don't know what time you are going to finish," Mr Young said.

'They might finish one day at four pm, but the next it might be 10pm, if they are trying to get a job finished.

"It's simple if you are running a factory or office but farming is a different ball game."

Mr Young said most of the local police were 'pretty good'.

Utes with mud on them and people with cow poo on their clothes are a dead giveaway. - Peter Young, Buffalo dairy farmer

"Utes with mud on them and people with cow poo on their clothes are a dead giveaway.

"Most of the local cops would recognise local people anyway."

"They (the authorities) didn't explain it very well at the beginning, I think they announced we were getting permits before they were ready."

He said he was more concerned about health regulations, which might prevent people leaving their farms, if coronavirus was discovered.

"You can't deep clean the whole farm, some things are lot more complex, when it comes to agriculture," he said.