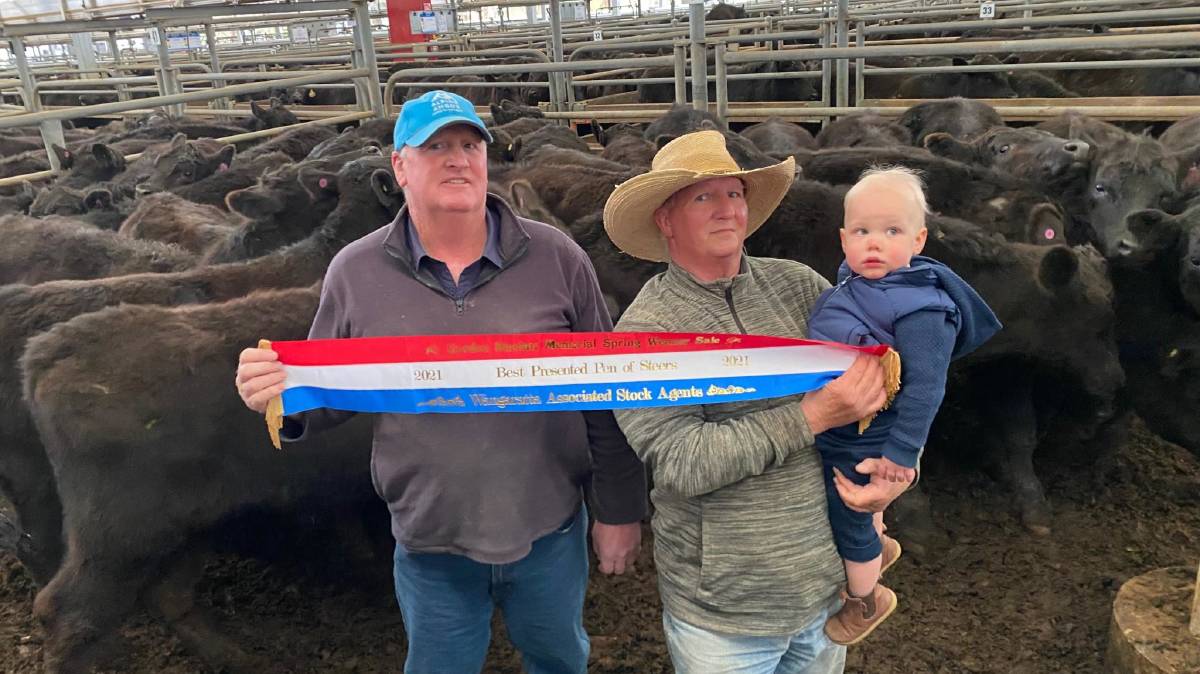 Agents reported very strong prices at the Gordon Sinclair Memorial Sale at Wangaratta on Friday, with steers selling above expectations.

Prices for steers in particular were "extreme," with some selling towards 800 cents a kilogram.

"Anytime you sell the lead run of spring weaners - and these calves are only ten or eleven months and there's plenty making $2000 plus - it's going to be a big result for the vendor," he said.

Mr Keane said buyers were predominantly local with about 80 per cent of the yarding retained in the area.

Weaner heifers sold well and some runs of grown heifers made around 500c/kg.

"I think the steers were better than expected, heifers were about what we thought," he said.

"It was quite a good feature sale here, to yard 2900 cattle, all local, and every one of them you could have bought for any client."

Peter Darga, AWN, said there were few cattle on the heavier end.

"The last two to three weeks it seems to have gone to another level but I think your fat market's probably done the same thing."

He said heifer prices were also solid throughout.

"The top end of the heifers were bought by the feedlot fraternity, not that there were many of them, and then you've dropped down," he said.

"There's also some heifers going into breeding programs with some people looking to buy something they can keep and join next May or June."

It had been a wet winter but the last two weeks had seen things begin to dry out, he said.