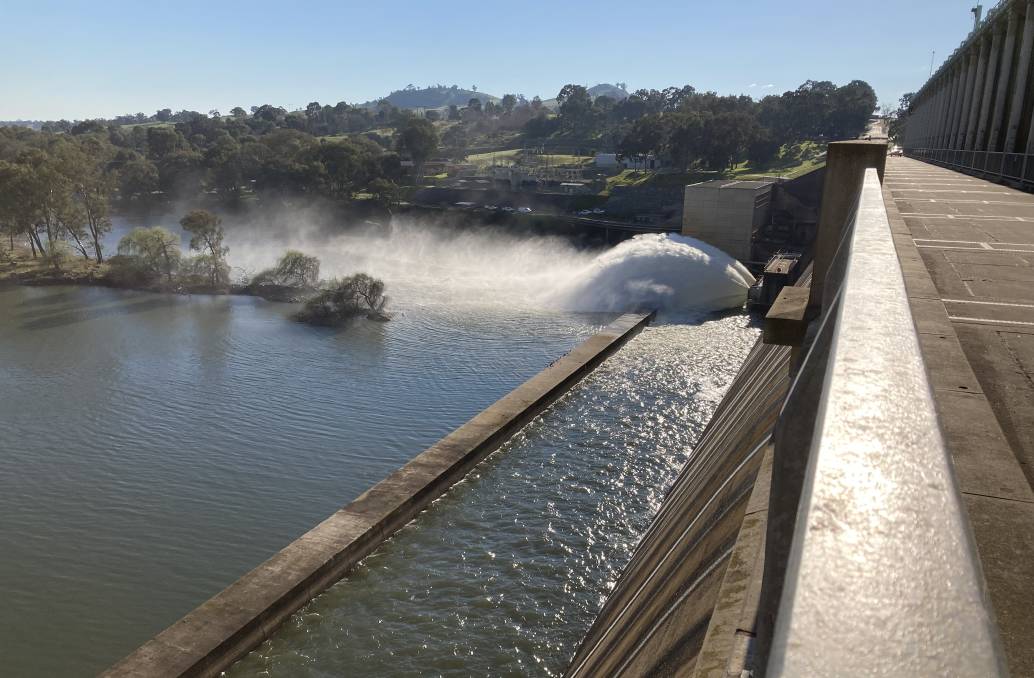 AIRSPACE RELEASES: The MDBA has released close to 19 gigalitres from Hume Dam from August 7-15.

The Murray-Darling Basin Authority has stopped pre-releases of water from the Hume Dam, after the catchment received less rainfall than originally expected.

MDBA River Management executive director Andrew Reynolds said pre-releases were being made to maintain airspace, in the dam.

The MDBA released close to 19 gigalitres from Hume Dam from August 7-15.

Releases are currently around nine gigalitres a day.

"We expect this release of environmental water will continue over the next week," Mr Reynolds said.

"It will support flows into the wetlands and creeks of Barmah-Millewa Forest, benefiting native vegetation and fish."

He said the MDBA evaluated conditions, based on Bureau of Meteorology data, predicted and actual inflows and historical records to determine how best to manage the dam.

The BoM was predicting little rain next week - but some higher amounts were forecast the following week.

Wetter-than-median rainfall is forecast for spring.

"It's important to note the timing of when rain falls," Mr Reynolds said.

"It's not an issue if above-median rainfall occurs, however it may become more of a challenge if we get a big rain event.

"So, what all this means is that inflows to Hume are likely to continue to recede for the next week and therefore any additional pre-releases are unlikely in the short-term."

The MDBA needs to fill Hume Dam before irrigation demands start to exceed inflows, and the level starts to drop.

That ensured water allocations were maximised.