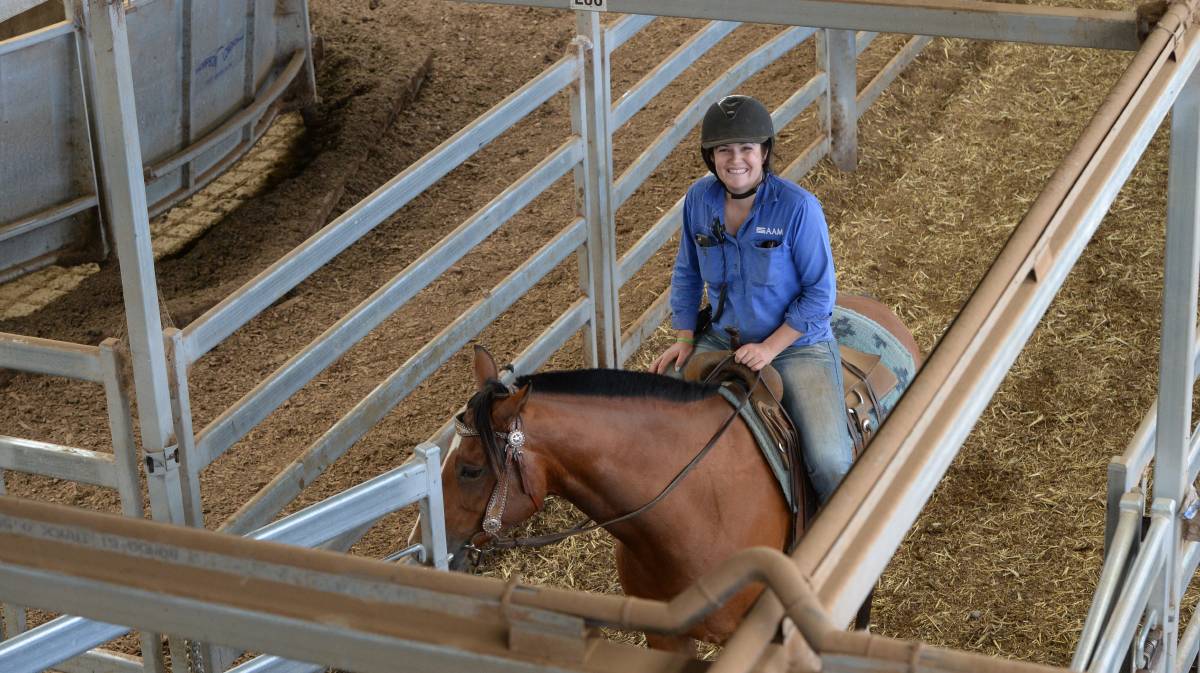 HORSEPOWER: Many of the bigger saleyards rely on horseriders such as Alexis Wilson, Northern Victoria Livestock Exchange, to move stock. (File photo)

While many sectors in agriculture have adopted technologies to improve efficiency, there are some places where traditional horsepower is still the best way to go.

Cobungra station, Omeo, was established in the 1850s and has both freehold and grazing leases across 30,000 hectares.

The station runs Full Blood Wagyu, and British breeds to use as recipients for an embryo transfer program

Station manager Bruce Guaran said almost all mustering was carried out on horseback.

The hilly terrain ranged from 1000 metres above sea level to 1500m, and a lot of the riding involved moving cattle through the bush.

"You can't get to certain parts on the place on motorbikes, the bush is too thick or it's too steep to ride a bike on," Mr Guaran said.

"It's low stress handling too.

"The horses are a lot less stressful on the animal than zipping around on motorbikes."

Most employees had at least two horses that were approved by the station first to ensure they could handle the work.

But recruiting good riders had always been a challenge, he said.

Job advertisements always specified that riders needed to be experienced with very good horsemanship skills, but he had interviewed plenty of people who had overstated their ability.

"To find a good horseperson is hard," he said.

"Usually when I interview them I show them where we go and they nod their heads and things, but come to do it, some of them can be apprehensive about it."

Like a good working dog, good horses with stock-sense were expensive and could also be hard to find, he said.

In the past he had employed horsemen and women from a range of locations and backgrounds.

Good riders tended to have other important skills too, he said, such as patience when handling cattle and dogs.

Pen riders are sought after in feedlots around Australia and some saleyards also use horses, such as Ballarat, Mortlake and Wodonga.

"There's also the reduction in people needing to walk as far and be in close contact with the animals, so there's a range of OHS as well as operational efficiencies that drive the use of horses," he said.

There was reasonable interest in the roles and most of the horseriders had been working there for a number of years.

Riders were required to bring their own horses and were usually were involved in the campdraft scene or breeding horses outside of work, he said.

"By having a selection of good staff and good horses the process works very well for us," he said.

"We have OHS inductions in a sense, both the rider and the horse to ensure that there's no safety risk of being inexperienced or anything like that."