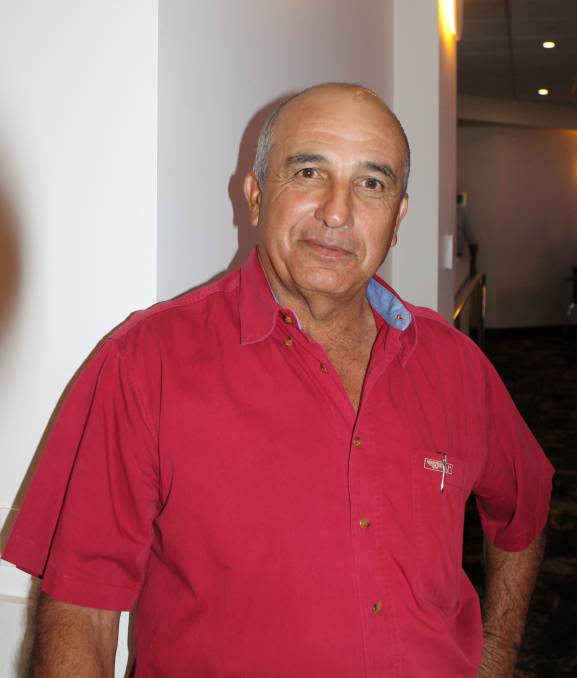 Farmers in the NSW mid-Murray say they hope the state government will engage in what they say is long overdue consultation on planned Sustainable Diversion Limit Adjustment Mechanism (SDLAM) projects.

NSW Water Minister Melinda Pavey says the SDLAMs are a way of achieving similar, or even better, environmental outcomes for rivers, wetlands and wildlife while using less water.

The government has proposed five SDLAM projects for acceleration.

That program includes the Koondrook-Pericoota and Mid Murray Anabranches projects.

"They appear to be saying all the right things to engage with affected stakeholders and communities, but being able to rebuild trust and confidence in the process will be essential," Mr Lolicato said.

The government had gained approval to spend $320 million on the five Murray-Darling Basin SDL projects, three of which affected farmers in the southern NSW Riverina.

"Government agencies need to take a deep breath and acknowledge that the original targets and flow modelling of the Basin Plan are unrealistic and unachievable, without increasing devastating impacts of accelerated erosion and production loss," he said.

Mr Lolicato said those losses were already being witnessed in the Murray, Edward and Goulburn Rivers in an attempt to fulfil the political goal of forcing more water downstream.

"The $3 to $4 billion remaining in the Basin Plan bucket is now being used to divide regional communities to achieve these unrealistic goals, for example the 80,000 megalitre flow at the SA border," Mr Lolicato said.

"Our concern has been that three of the projects came out of the blue, we had no idea about the mid-Murray Anabranch one."

Since Ms Pavey announced the five accelerated SDLAM projects, in early May, Mr Lolicato said the Wakool River Association and other groups had been trying to understand what they were all about.

"We had eventually become aware that the agencies had selected key individuals with the promise of "shiny beads and mirrors" to get around our landholder representative groups and their role to ensure that all stakeholders interests and extra third party impacts were addressed," he said.

"So much for 'extensive feedback from the local community".

While the projects had the potential to be hugely beneficial to some landholders, for others they would create detrimental and unacceptable third party impacts.

The Mid Murray Anabranch Project involved spending tens of millions of dollars on infrastructure on the Tuppal, Bullatale and Native Dog creeks, in an effort to relax constraints on water flow.

Mr Lolicato said he was supportive of infrastructure and increased flows.

"But the first question you have to ask is how much extra water are you going to force through the system?," he said.

"What are the consequences for people downstream?

"How long are the flows going to be for, what is the duration, the extent and the volume?"

Meanwhile the NSW Irrigators Council also welcomed the announcement that consultation on river constraints would begin.

"Constraints management reduces the volume of water entitlements that need to be bought back from irrigators under the Basin Plan by up to 220 billion litres," chief executive Claire Miller said.

"Just as importantly, it also means the water that has been bought back already for the environment can be better used to achieve Basin Plan outcomes. "

Working with communities and directly affected landholders was pivotal.

"Landholders must be in a position to make informed decisions, and do so voluntarily."