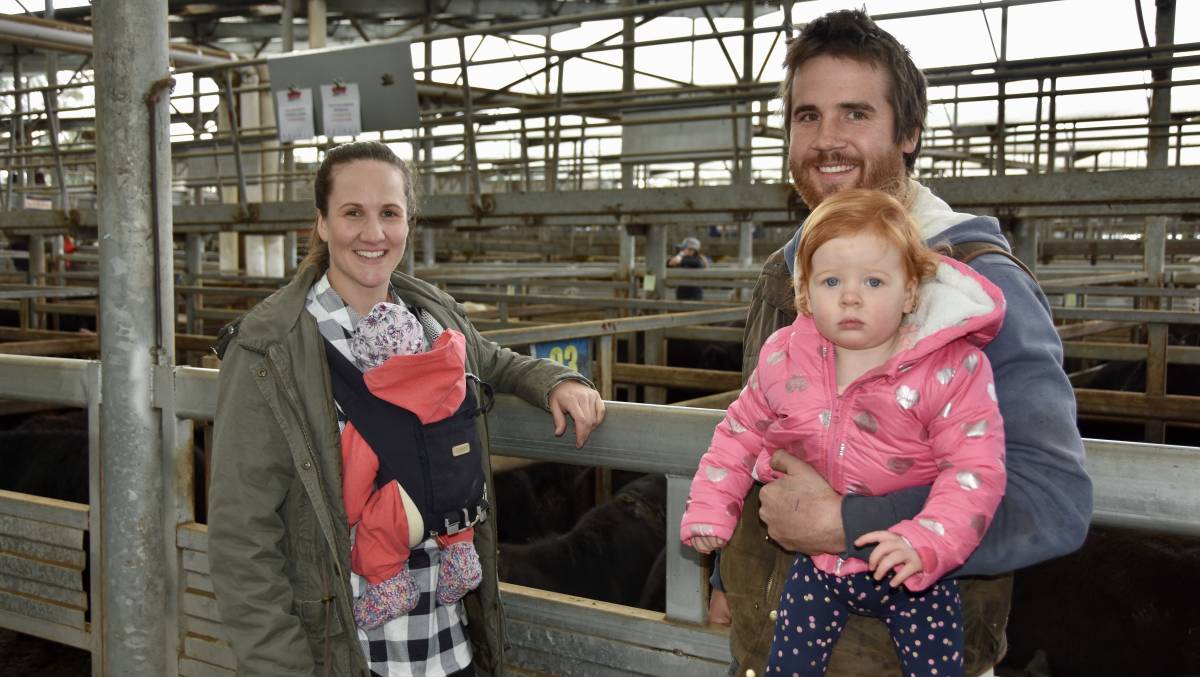 Agents reported very strong prices at the Leongatha store sale today, with a feature line selling above expectations and heifers also going up a notch.

Around 2000 head were yarded at the Victorian Livestock Exchange.

"It just keeps stepping up every market, it gets stronger and stronger," he said.

The sale highlight was a line of 110 steers by J MacLachlan.

Mr McCormack said South Gippsland was still very wet, but the red soils to the north and east were tracking well.

"It's probably a little bit wet just at the moment but hey, we're only in early August, that's not a problem for us."

"Heifers that had a bit of weight that had also butcher demand, plus your local restockers," he said.

"There were very limited pens of well bred heifers, so the ones that are here sold very well.

"Spring is now on our doorstep, every day is one day closer

"People have got a bit of feed and they probably haven't put anything back in the paddock yet."

Elders auctioneer Rohan McRae said some lines of better bred cattle sold above expectations, including the feature line of steers by J MacLachan.

The sale came after Alan MacLachlan passed away on Monday, with the steers going under the hammer on the day of his funeral.

"There was a lease property that expired so instead of taking them home they consigned them here," Mr McRae said.

"It was a fitting tribute to him to get such a good result on the herd that he started many, many years ago.

"He was one of the true gentlemen of the industry."