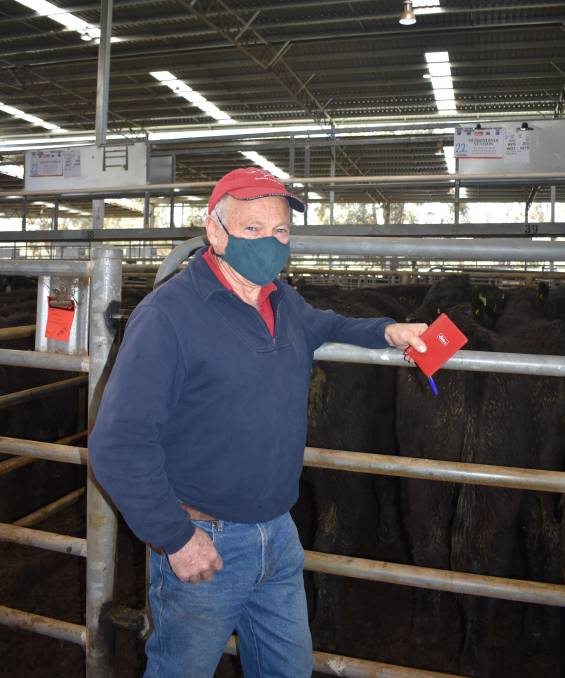 Light steers at Yea pushed past the 800 cents a kilogram barrier, as producers continued to turn off last year's spring-drop weaners to cash in on red-hot prices.

"This time of year, there are no flashly-bred cattle or runs, they were odds and sods and the price has pulled them out of the woodwork," Mr Bush said.

"A good day was had by all, I have been saying it for 12 months - it can't get any dearer but every month it gets dearer," he said.

"I don't know where it's going to end, this might be the new standard."

There were only eight to a dozen pens of cattle carrying any weight, with the bulk of the yarding between 300 and 400kg.

Restockers and fatteners from Euroa, Yea and Shepparton picked up some lighter steers, with Gippsland buyers noticeably absent.

"Lighter ones saw the biggest rise, they were the highlight of the day," Mr Quinlan said.

A lot of cattle weighing between 200-300kg were offered by producers, chasing high prices.

"They were the ones that saw the exorbitant cents a kilogram," he said.

As feedlots chased lighter cattle, that affected bullock and grass fatteners who then also had to pay more for the stock they wanted.

"But records are made to be broken."